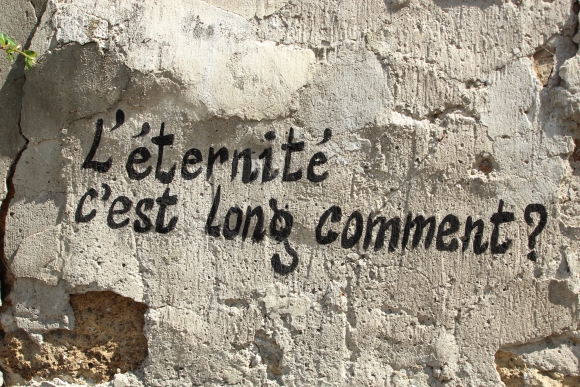 Godzdogz
Home  /  Godzdogz  /  No, my dear Marx, eternal life is not the opium of the people!

No, my dear Marx, eternal life is not the opium of the people!

By Br Francesco Lorenzon, O.P. | In today’s Gospel reflection, Br Francesco reflects on the promise of happiness that Christ extends to every person, and how this is often misunderstood in contemporary society.

Jesus said to the Jews:

‘If I bear witness to myself, my testimony is not true; there is another who bears witness to me, and I know that the testimony which he bears to me is true. You sent to John, and he has borne witness to the truth. Not that the testimony which I receive is from man; but I say this that you may be saved. He was a burning and shining lamp, and you were willing to rejoice for a while in his light. But the testimony which I have is greater than that of John; for the works which the Father has granted me to accomplish, these very works which I am doing, bear me witness that the Father has sent me. And the Father who sent me has himself borne witness to me. His voice you have never heard, his form you have never seen; and you do not have his word abiding in you, for you do not believe him whom he has sent.

‘You search the scriptures, because you think that in them you have eternal life; and it is they that bear witness to me; yet you refuse to come to me that you may have life. I do not receive glory from men. But I know that you have not the love of God within you. I have come in my Father’s name, and you do not receive me; if another comes in his own name, him you will receive. How can you believe, who receive glory from one another and do not seek the glory that comes from the only God? Do not think that I shall accuse you to the Father; it is Moses who accuses you, on whom you set your hope. If you believed Moses, you would believe me, for he wrote of me. But if you do not believe his writings, how will you believe my words?’

These are words taken from a song by Carl Emil Peterson, a young Danish musician. I do not know if it was intentional on the part of the author, but it clearly captures the typical critique of some atheists, that we Christian do not engage fully in the present world, awaiting an eternal life promise in the future. One of the most famous is Marx, who considered religions as an illusory happiness awaited in the future. An opium that inhibits people to fight for justice.

I think there is a misunderstanding on what eternal life means. Eternal, related to us, is not a synonym for “future” or simply “everlasting”. It is much more: a participation to the Eternity of God, which transcends time, or as Augustine said:

In the sublimity of an eternity which is always in the present, you are before all things past and transcend all things future, because they are still to come. Augustine, Confessions, XI. xiii (16).

Time is tied to creation; that is why God transcends it. If He transcends time, it means that in some way we can experience it in our present, even if imperfectly, as a seed. Augustine says something similar in The City of God, where he distinguishes between a resurrection of the bodies and a resurrection of the souls. We are awaiting the former in the future indeed, but the latter can happen already, by faith in Jesus; that is, when we truly convert to Him. And this brings peace, joy, and a definite sense of direction in our earthly journey: our life has a true meaning and we know why. Our life, like a fire that is kindled in a lamp,  naturally begins to warm and light everything that is near. Namely, we start to “bear fruit that befits repentance” (Mt 3:8). This is what happened to Zacchaeus when he met Jesus, and joyfully gave half of his goods to the poor (Lk 19:1-10), or what happened to Chiara Badano, a young girl recently beatified who died of cancer in 1990. “I have everything”, she wrote to a friend, even knowing that she was going to die within a short time. Because she had Jesus in her life! Her last words to her mother were: “Bye, Mum, be happy, because I am.”

We could also have a look at what happens to us when we do the opposite of conversion, when we cut ourselves from the source of “eternal life”, namely, when we sin. We feel dead inside, we don’t even want to eat. This is well described by another (even if fictional) Danish man, Hamlet. After he becomes a murderer, and he is filled with remorse, he says:

From this instant there’s nothing serious in mortality, All is but toys; renown and grace is dead; The wine of life is drawn.

It is important though to shift our focus to the possibility of conversion rather than corruption. Conversion really brings a resurrection of the soul. This is what matters most, because it can have a domino effect on other people, who may have never witnessed a true Christian. And tragically it would be very difficult for them to recognize that the happy pills that they think Christianity is offering them, could be actually right in their very hands. 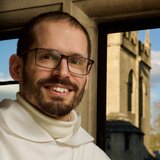 Br Francesco Lorenzon was born and grew up in Treviso, a small city near Venice. Having had an interest in computers since Middle school, he went to the Ca’ Foscari University to study Computer Science. After reading a biography of saint Dominic, he strongly desired to become one of his sons. He made his solemn profession in 2019, and he is currently in his fifth year of study. Apart from theology, his main interests are related to communication and everything visual: photography, graphic design, typography and video editing. He enjoys reading comic strips (Calvin & Hobbes and Peanuts), Doestoevsky, and some science fiction.