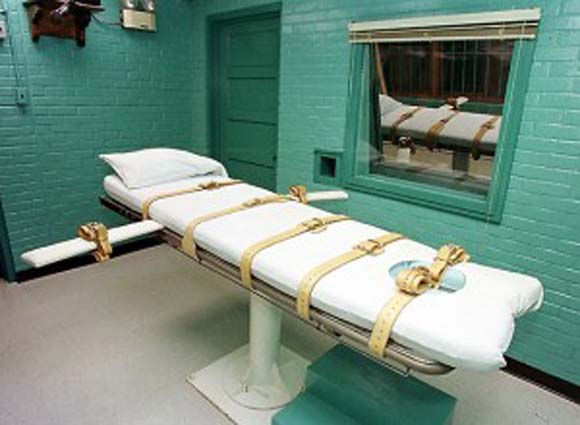 On the Areopagus – 9 Capital Punishment

At one level, we might think that the Church’s attitude to capital punishment is simple. If we invoke the fifth commandment – you shall not kill – then surely there we have the answer. But at the heart of much of the Church’s teaching is the good of society at large, and if we take this into account, then we start to understand that this has not always been a simple issue. Punishment for crime in Church teaching has two purposes. The first reason to punish a criminal is to defend public order, to protect the public. If someone kills a person, this is a grave sin indeed, and Christian teaching on forgiveness does not mean that we need to forget and do nothing further. This would be to trivialise what has been done. The result of not punishing crime would be an anarchic society which would not allow the good to flourish. It would also be a failure to recognise that people who commit serious sins have presented, and possibly still present, a risk to society at large, a risk that needs to be managed for the sake of society and the criminal.

Christian teaching also holds that punishment such as imprisonment has an important role in repentance and conversion. Taking an offender out of society by imprisonment allows for a period of reflection on the crime committed, and this gives an opportunity for correction and personal development, which we hope might lead to the offender leading a better life after release. The prison in which I work has the motto: ‘unlocking potential, releasing success’. But some crimes are very serious indeed, and the consequences of releasing a dangerous person back into the community might be disastrous. In such cases, states often decide that the death penalty is not only a fitting punishment for the crime, but also has a role in public protection.

The Church allows for the fact that there might be circumstances where there is the need to execute an offender, but, as Evangelium Vitae says, such cases are ‘very rare, if not practically non-existent’. In other words, in modern society, where building facilities to house prisoners safely and securely is possible, it is difficult to see how the death penalty can be justified. Using imprisonment, even for life, is more conducive to the common good, since it is possible to provide help and support for offenders, especially in coming to terms with their crimes. It provides time for them to seek God’s mercy, and also provides some sort of community with other offenders, in which they can learn to love God and love their neighbour better. To execute a person is to deny them the chance for salvation, something which as Christians we should not wish to deny anyone, however serious their crimes.