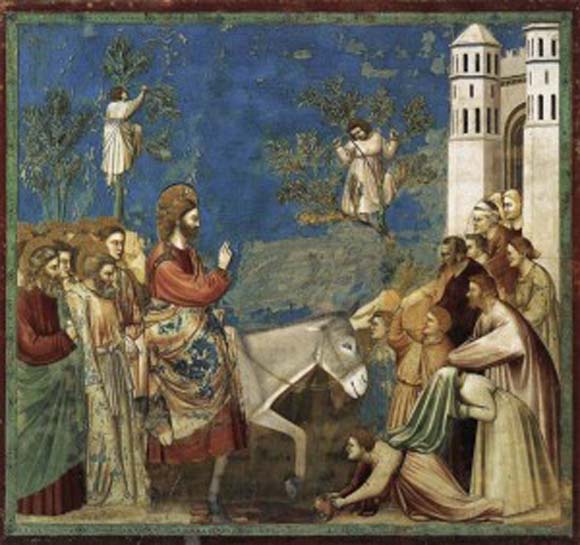 Palm Sunday of Our Lord’s Passion


Today is Palm Sunday of Our Lord’s Passion. That very title can summon within us two very different visions. One of cheering crowds, waving palm branches; another of a man nailed to a tree. The two gospels we hear today can seem to come from different worlds. The contrast between them is profound, and within them further paradoxes emerge. Yet, there is a terrible harmony between the day when the King is proclaimed and the day when He is rejected.

It was the month of Nissan and the Book of Exodus commanded that the Paschal Lamb be chosen on the tenth day, and four days later sacrificed. On the previous Sabbath, Jesus had spent the day in Bethany with Lazarus, now He was returning to Jerusalem for the Passover. He sent two of His disciples ahead on the road to Jerusalem and had them untie a colt and bring it to Him. “If anyone asks why you are untying it, say Our Master needs it.” (Luke 19:31) This first paradox is striking. Here is the Christ, our sovereign Lord and yet He has need of something belonging to man; almost as if He reminds us that all we have is ultimately a gift from Him. Here we see the juxtaposition of divinity versus dependence, the consequence of the Eternal Word taking on flesh. Just as He had borrowed a boat in which to preach, He would borrow a colt to ride into Jerusalem, and a grave from which to rise.
He is greeted on His approach to the city by a vast crowd. We know from previous Gospel accounts that Jesus had shunned such publicity in the past. Often He tells those He has helped and cured to tell no one; often He slips away from crowds eager to lay hold of Him. On this day He does not. Why does He not evade the public that will turn on Him so brutally a few days later? He does not turn because His ‘hour’ has come. The time has come for Him to publicly affirm His claims, to make Himself known in plain view; the people recognise Him and chant: “Blessed is the king who comes in the name of the Lord.” (Luke 19:38) But Jesus knows their chants would turn to heckles and the road to Jerusalem would lead to Calvary. He knows the people could confess Him now as Lord, but later crucify Him as a common criminal. 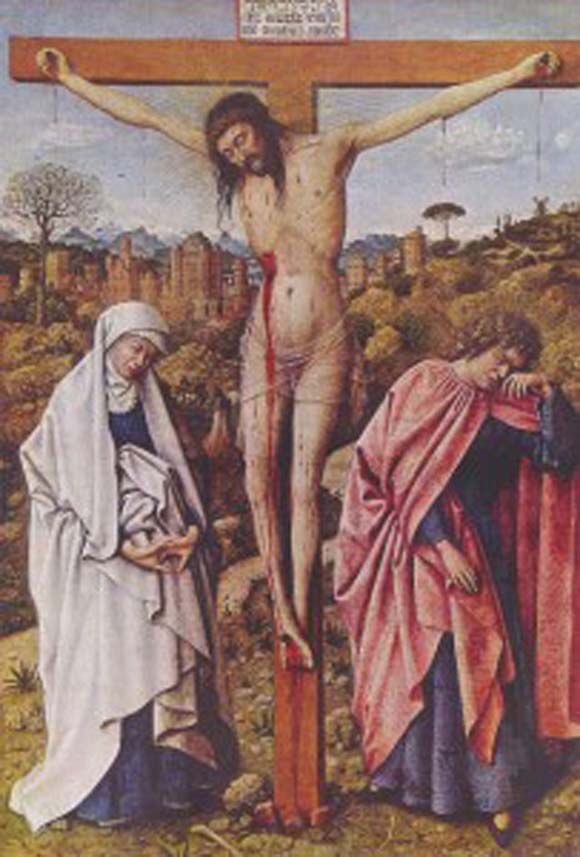 The only ones who showed consistency were the Pharisee’s, who on seeing the disciples worshiping Our Lord, asked Him to reprimand them. Jesus replies; “I tell you, if they keep silent, the stones will cry out!” (Luke 19:40) This is truly the hour of proclamation; if the people were to keep silent the very earth would cry out to the glory of the Lord and proclaim His divinity. Could it be that the hardness of men’s hearts should prove greater than that of the stones underfoot?
His entry then had been triumphant, but it would not be long before the cries of ‘Blessed is He’ would turn to calls of ‘Crucify Him’. The garments they laid before His feet would be mirrored by His own nakedness on the cross. The palm branches would turn to scourges. He would have no royal throne but a cross, and He would be crowned with thorns. The royal welcome was to be Calvary. Like a sin offering He would soon be driven out of the city and as Isaiah had foretold; “His government would be on His shoulder.” (Isaiah 9:6)
These Gospel passages remind us, at the outset, of the road we walk this week with Our Saviour. Like His disciples we begin on the emotional heights of the Procession into Jerusalem, holding aloft our palms. We think on the signs and miracles performed and proclaim His divinity. With Tenebrae and Maundy Thursday we descend with Him into the emotional depths that mark His betrayal; and on into Good Friday, we follow His torture and execution. But on Easter Day, we rise with Christ in the glory of His resurrection, to newness of being and to the hope of eternal life that rests in Him. We must now do all that we can to prepare to make this journey together.