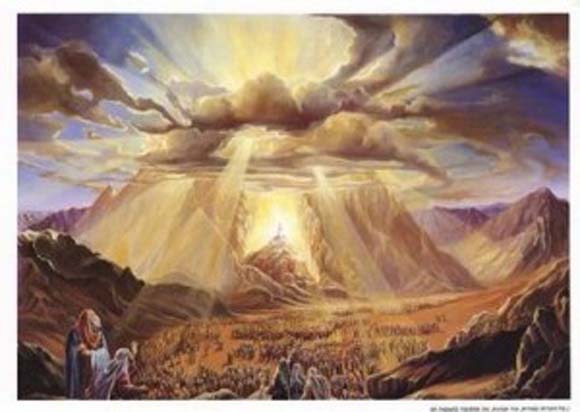 Godzdogz
Home  /  Godzdogz  /  Pentecost – a New and Lasting Covenant in the Holy Spirit.

Pentecost – a New and Lasting Covenant in the Holy Spirit.

By Br Andrew Brookes O.P.
29
At the time of Jesus Pentecost was, and still is for Jews, a feast that celebrated the covenant established between God and the people of Israel through the mediation of Moses on Mount Sinai. It happened 50 days (hence the name) after Passover, which celebrated God’s deliverance of his people, again under the human leadership of Moses, from slavery in Egypt. The Sinai covenant was thus seen as linked to, and even the climax of and reason for the liberation from slavery. Moses went up the mountain and into the dense cloud where he encountered God and then he had come down with the Law (Torah), the material content of the covenant, which had to be carefully kept if the Jews were to receive the blessings of the covenant (Ex 19 ff).

Although it was seen as a great gift, the Jews found it impossible to consistently keep the Torah. God promised to make a new covenant, written on their hearts (Jer 31:31-34), graciously made possible by the promised gift of the Holy Spirit to renew them spiritually, raised from the death of sin and walking in God’s ways in deep integrity (Ezek 37:1-14).
Luke sees the events of Acts 1 and 2 and thus the gift of the Holy Spirit as fulfilling and transforming the Jewish Feast of Pentecost, and raising it to an eschatological (divinely definitive and final) level of significance. It thus marks the establishment of a new and final covenant. There are a number of parallels. Each is linked with the Passover that God had worked through the leading protagonist, first Moses and now Jesus. At the last supper Jesus had said: ‘This cup is the new covenant in my blood poured out for you’ (Lk 22:20). In each case there is an escape from slavery (now seen as sin) and a victory over one’s enemies (now taken to include the spiritual powers and death). The bringing into clear reality of the covenant in each case is preceded by the main protagonist going up a mountain and disappearing from view in a cloud to encounter God. It thus seems clear that Luke sees Jesus as a new Moses. As such his presentation is close to that of John who says in his prologue: ‘Indeed, from his fullness we have, all of us, received – one gift replacing another, for the law was given through Moses, grace and truth have come through Jesus Christ’ (1:16-17). The Holy Spirit is the ‘gift’ of God (an idea taken up by Augustine and Aquinas) and the Spirit brings grace and truth. 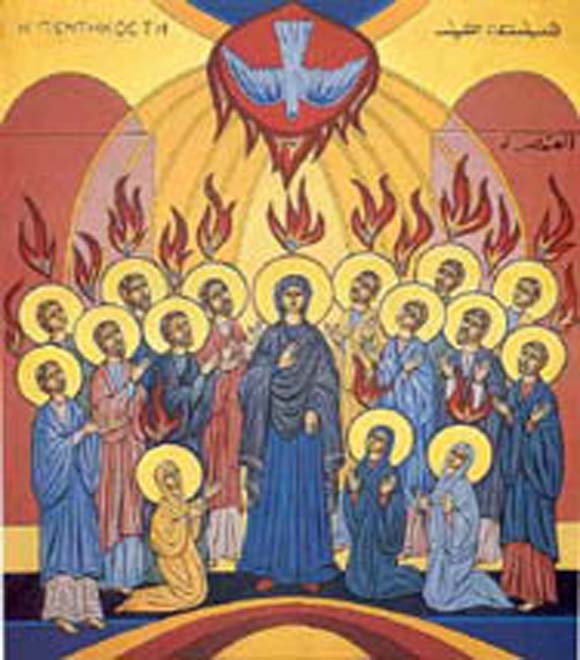 The Spirit is given to form a people, as in Exodus, and the presence of the 12 apostles is a reminder of the 12 tribes that made up Israel. This new people rapidly expanded, with many others – all Jews at first – joining the Church, recognising in the event of Pentecost the fulfilment of God’s promises and the establishment of the new eschatological covenant. Only later did the Gentiles come in (Acts 10).
The Pentecost events have other dimensions and ramifications. But one that is closely related to this connection with Sinai is that the coming of the Holy Spirit fulfils the prophesies of Jeremiah and Ezekiel. The Spirit not only appears as wind and flame but is poured deep into our hearts making us holy and enabling us to know God, to lead us into moral truth, and to empower us, through grace received in faith, to keep the commandments and live virtuously in freedom and peace. As such there is no clash between law and grace: the latter enables us to keep the substance of the former.
Let us ask the Holy Spirit to renew in us a deep holiness, one that shines out in the world and draws others to join God’s people.