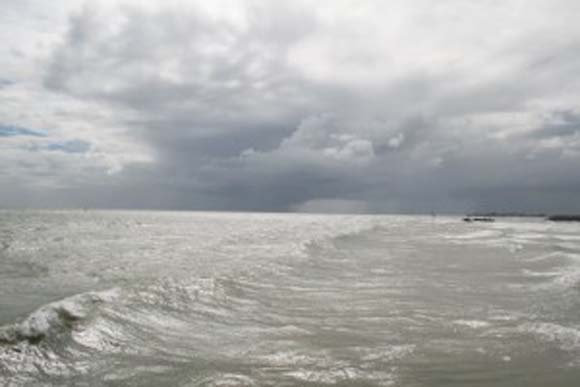 Pentecost – Jesus breathed on them

By Godzdogz Team
14
Readings: Acts 2:1-11; Psalm 103; 1 Corinthians 12:3-7, 12-13; John 20:19-23
It is common these days to hear people say that while they are not religious they are spiritual. A widespread interest in spirituality is clear from the ‘Body, Mind, Spirit’ sections of the bookshops as well as the number of courses, week-ends, seminars, magazines and groups dedicated to all kinds of spiritual things.

Often it seems that the term ‘spiritual’ is being used to refer to a certain kind of feeling or sensibility. Just as people appreciate music or art so to be spiritual seems to mean appreciating the deeper meaning in human culture expressed through music, poetry, symbols, rituals and stories. The wonder aroused in us by natural beauty, the effect on us of a piece of Mozart, the way in which we are moved at the sight of a new born infant: I have heard all of these described as ‘spiritual experiences’.

For the Bible the spirit is in the first place ‘breath’. A primitive but still useful way of telling the difference between what is alive and what is dead is that one breathes and the other does not. Adam, according to the book of Genesis, becomes a living creature when God breathes into his nostrils the breath of life — a share in God’s own life or spirit. Today’s psalm expresses it like this: ‘You take back your spirit, they die, returning to the dust from which they came. You send forth your spirit, they are created, and you renew the face of the earth’ (Psalm 103).

It is not surprising, then, that the arrival of the Spirit on the day of Pentecost ‘sounded like a powerful wind from heaven’. Or that Jesus on the day of his resurrection ‘breathed on them and said “Receive the Holy Spirit”’. Or that earlier in the Gospel of John Jesus dies by ‘giving up his spirit’. On one level it means simply ‘he breathed his last’. On another level it means ‘he gave up his life’, ‘he gave his spirit (to the world)’. In the moment of re-creation through the death of Jesus the human being is brought to new life by the breathing into him of God’s Holy Spirit.

For the Bible, then, to be spiritual means to be alive. There are of course different kinds of life. The disciples of Jesus, gathered in a closed room for fear of the Jews, were biologically alive but in another way they were dead, paralysed with fear and frozen with dread. The effect of the coming of the spirit is to bring them to life, to animate and invigorate them, to set them on fire with courage and enthusiasm for preaching about the marvels of God. They became ‘spirited people’, alive in a new way, carried along by a fresh wind. 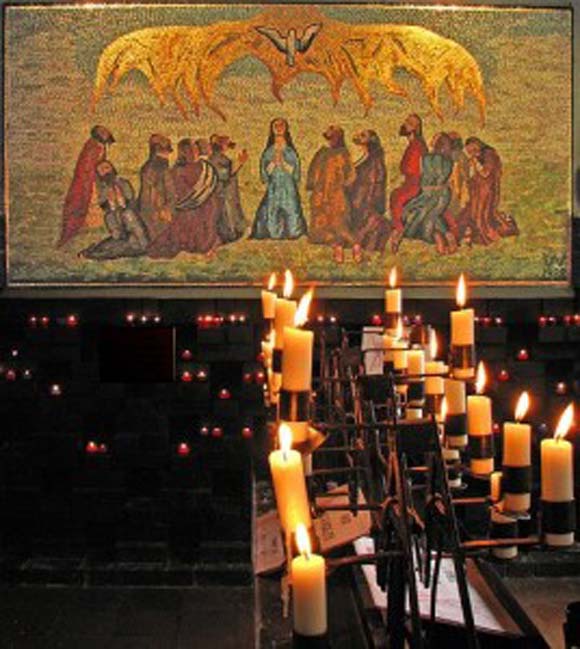 So we can only know the Spirit ‘sideways’, as it were, through the effects he brings about. The visitors in Jerusalem were bewildered to see the ragged bunch of Galileans preaching in all the different languages of the world. We cannot say that they ‘saw the Holy Spirit’ although they saw the effect he was having in the disciples. Some of them explained it by suggesting the disciples were under the influence of a different kind of spirit, ‘drunk on new wine’. We believe they were intoxicated with the Holy Spirit, the gift of the ascended Christ from the Father.

While we cannot put a name or a face on the Spirit himself (can we even say ‘himself’?) we identify him as the Spirit who bears witness to the Father and the Son. Saint Paul teaches us that we cannot say ‘Jesus is Lord’ except under the influence of the Holy Spirit. Likewise we cannot say ‘Abba, Father’ unless we are under the influence of the Holy Spirit. For Saint John only the Spirit which confesses that Jesus Christ has come in the flesh is from God.

A wonderful view, a piece of Mozart, a new born child: all can bring God’s love home to us in a moving and striking way. The Spirit working within us keeps us alive to the depth there is in things. We live in a world which is sophisticated, prosperous and busy but increasingly frantic, stressful and superficial. What is the meaning of it all? To what end the running around, the making of money, the pursuit of knowledge? It is easy to see why people long for spirituality, for something deeper, more meaningful, more satisfying. That longing needs to be acknowledged and respected as we try to point people to where we believe it is fulfilled: in the gift of the Spirit of Jesus who awakens this longing in us in the first place.