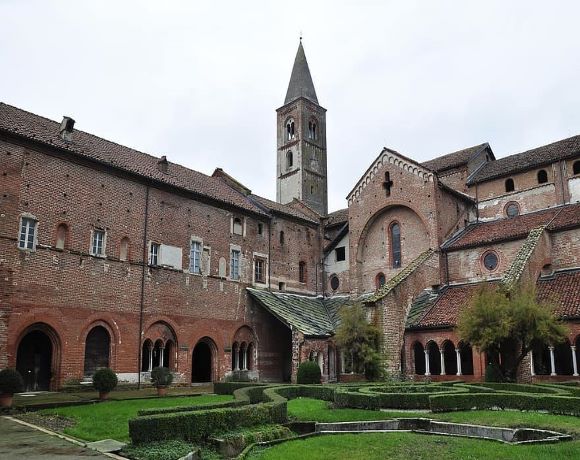 By Br Thomas Thérèse Mannion O.P. | Br Thomas Thérèse looks at one of the lesser known roles of the late Game of Thrones and James Bond actress Dame Diana Rigg in ‘House of Brede’ and how perspective might help our spiritual life.

I was saddened to hear of the death of Dame Diana Rigg. Dame Diana played the wife of James Bond in ‘On Her Majesty’s Secret Service’ but is probably best known in more recent times for her portrayal of the ‘Queen of Thorns’ aka Lady Olena Tyrell in Game of Thrones. A remarkable and formidable actress who has played not only a Lady but also a Dame; only a different sort of Dame than the one she became in real life.

In England, Benedictine Nuns have the title Dame in front of their name, similarly Benedictine Monks have Dom sort of Dominus or Lord. In the ‘House of Brede’, Dame Diana plays Philippa someone who joins ‘Brede Abbey’ after her husband and Child both die tragically. Philippa is taken under the wing of Mother Abbess and shown the care, support, and hospitality which is an essential feature of the Benedictine identity. Disaster strikes when Philippa joins the Abbey and Mother is dying. Her support network is gone.

As a Novice, she struggles to adapt to community life feeling more isolated. Her friendships and all the comforts she is used to have gone. All the little things she fills her life with to distract herself she has given up freely and sorrow weighs down her heart. As the Psalmist says: ‘friend and neighbour you have taken away from me, my one companion is darkness’.

Philippa flees and escapes to a ruined tower which used to be part of the old Abbey, judging from the pidgeon holes on the wall, separated from the relatively new Abbey. She gazes out from on high over the sisters walking in the cloister, symbolising the objective view she thinks she has of the situation she is in, of the community, and her self-imposed isolation. The tower is a ruin that shuts her in as she looks outside to freedom.

Dame Catherine, unlike Philippa has adjusted well to her new life having been in the convent for Many years. She did not have the wealth and business life that Philippa had before she entered. Philippa speaks Japanese, Dame Catherine has ‘never been east of Dover.’ In other words, Philippa knows the world and all the excitement and vibrancy of life and Dame Catherine has not… or so it seems. Philippa comes to see how superficial this view is.

“Shall I tell you what Lady Abbess told me once when she found me up here, in my first days feeling desperately alone. She said ‘it’s a charming view of course but it’s the wrong perspective. Whenever things seem too much for you, go down to the bottom of the garden and turn and look back up here at Brede riding against the sky like a great proud ship and think of all of us within, your sisters. Think of those here a hundred years ago and those who will be here a hundred years from now, this long unbroken line of care and companionship. And then think of all those in the world who have nothing and no one who are truly alone and it will comfort you.’ You see grief isn’t the only chain, there are others.”

God had given Philippa a great gift, something she recognises intellectually but not experientially. Philippa eventually makes her vows and becomes a Dame. She finds her home in the community but just when she does she is asked to found a new ‘daughter house’ of Brede Abbey in Japan.

There is a great deal of truth in Dame Catherine’s words and are applicable to many different sadnesses we might encounter. Whenever we find ourselves in a bad mood, sometimes we have good reasons, sometimes all we can do is cry out in anguish and be present to our pain. This having been said we should not remain in our languishing, it is not a tower we are to dwell in forever, we must move. Moving ourselves, being in different places and situations with different people, reorienting ourselves, changing our perspective, walking to the bottom of the garden, can show us the things we have to be thankful for. At the moment, most of us cannot move as freely as we would wish, but we might be able to take a step back from our lives, ‘walk to the end of the garden’ and look back to find what we have to be grateful for remembering ‘grief is not the only chain’. Looking back on where we have come from with gratitude and looking towards the future with hope when we welcome Christ again at Christmas.