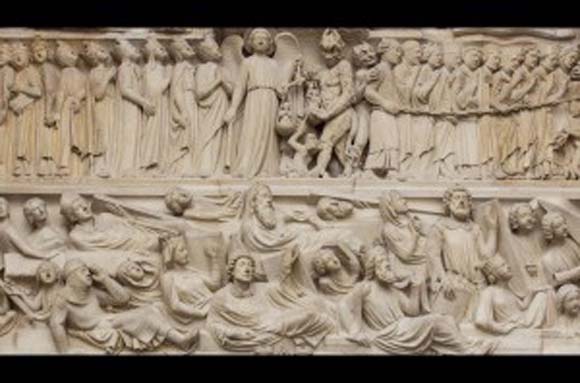 By Samuel Burke O.P.
70
Why do we pray for the dead or “Holy Souls”, as they are sometimes called?  In brief terms, we pray for the dead because we believe in the immortality of the soul; we believe that nobody can be received into heaven without having first been purified of the consequences of their sins in purgatory; and, we believe that God hears the prayers of his children whether those prayers are offered for themselves or for others.  So, we pray for the Holy Souls in purgatory with confidence that God hears us.  And the reason that we do this is simply because we love them, and wish them to be in heaven.

We can trace the genealogy of this prayer back to scripture.  In the Old Testament we read in the second book of Maccabees how Judas Maccabee, the Jewish leader, prayed for the sins of his fallen soldiers: “For if he were not expecting that those who had fallen would rise again, it would have been superfluous and foolish to pray for the dead.  But if he was looking to the splendid reward that is laid up for those who fall asleep in godliness, it was a holy and pious thought.  Therefore he made atonement for the dead, that they might be delivered from their sin.” (2 Macc 12:44-45)  Moreover, the Christian Church has from its foundation “honoured the memory of the dead and offered prayers in suffrage for them, above all the Eucharistic sacrifice, so that, thus purified, they may attain the beatific vision of God”. (CCC 1032)

Praying is one of a number of things Christians do for the dead.  Besides prayer, we can give alms in their honour, obtain indulgences and undertake works of penance.  Once a very central theme of Christian worship, these practices were suppressed at the Reformation.  As Prof. Eamon Duffy remarks in his recent book “Saints, Sacrilege and Sedition: Religion and Conflict in the Tudor Reformations” the effect of rejecting purgatory, the cult of the Saints, and prayers to and for the dead, at the Reformation, was to “[reduce] Christianity to the mere company of the living.” (p.33)
The Dominicans have a particular devotion to the Holy Souls.  Along with the rest of the Church, the souls of the faithful departed are remembered each day at Holy Mass.  Additionally, the Constitutions of the Order devote a whole article to Suffrages for the Dead (LCO Ch.2, Art.III).  From particular Mass intentions (e.g. for deceased parents of the Friars on 7th February) to praying daily the De Profundis, the Order places great emphasis on praying for the dead, especially its own Brothers and Sisters, as well as friends, familiars and benefactors.

In the month of November the Church remembers the Holy Souls in purgatory.  It is a worthwhile opportunity for each of us to renew our commitment to pray for the dead so that we may hope, as that saintly Pastor, Archbishop Fulton Sheen is reported to have said, “As we enter heaven we will see them, so many of them coming towards us and thanking us. We will ask who they are, and they will say, a poor soul you prayed for in purgatory.” 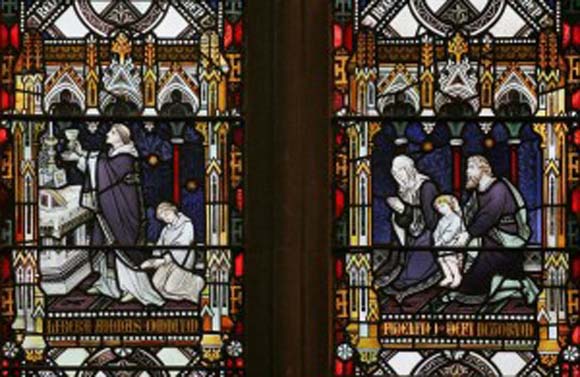