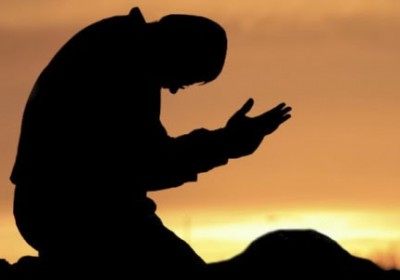 Psalm 38 is the prayer of one who has reached rock bottom. It is the lament of a supplicant who cries out to God for help in physical pain and mental anguish.

Socially ostracised, the psalmist has been abandoned by friends and family (11), while his enemies seize upon his weakness as an opportunity (12, 16, 19-20). The psalmist acknowledges that the pain and circumstances that he is in are the result of his sins. The interconnection between sin and physical suffering is a recurrent theme in the Old Testament, and also occurs in the New Testament (e.g. John 9:2). Sin harms us spiritually but it often has physical consequences – for example, the glutton may suffer as a result of obesity, the philanderer as a result of sexually transmitted diseases etc. The supplicant in Psalm 38 acknowledges his guilt and expresses contrition (18). Ultimately, and this is the important point: this leads to renewed faith (21-22) concluding that only God can forgive our sins and restore us. I think this speaks to the truth that in adversity, in sorrow, in suffering, we can come to depend more and understand better the mercy of God. Of course, to say that sin can lead to physical suffering, does not mean that all physical suffering is caused by some sinful act by the one afflicted.

One of the penitential psalms, in the Roman Breviary we pray it at Matins on Fridays in Week 2 of the cycle. If, when it comes around, we are not afflicted by suffering and the like, we can always think of someone who is and pray it for their intentions, whilst recalling our vulnerabilities and blessings.

Psalm 38 has a similar tone and feel to the more familiar Psalm 88 (“O Lord my God I call for help by day…”)  Whilst not prevalent in popular culture, the Psalm provided the inspiration for Bach’s Es ist nichts Gesundes an meinem Leibe (There is nothing healthy in my body (BMW 25).

When our sin overcomes us and all else fails – our body, our mental health, our friends and family – God remains steadfast. Psalm 38 is a sombre prayer that gives voice to our longing for God’s succour when we have reached a nadir.