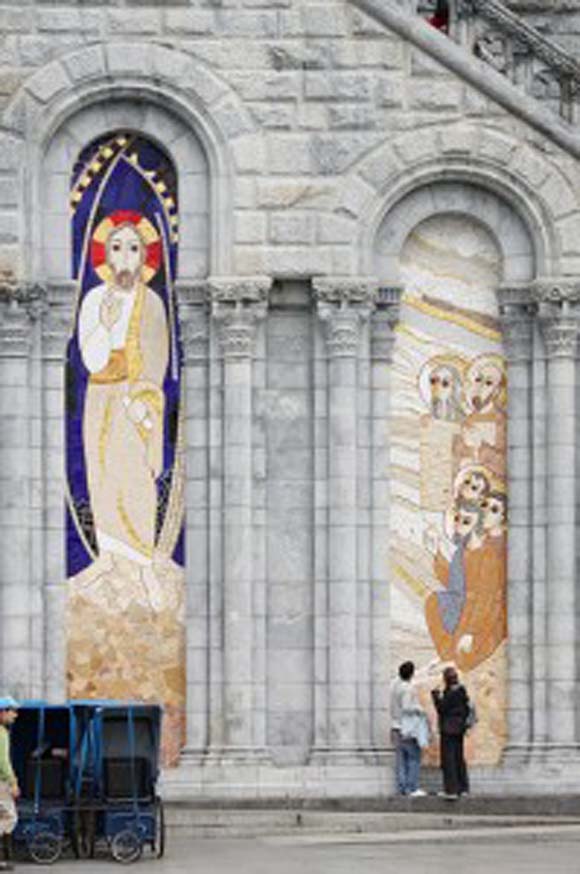 Godzdogz
Home  /  Godzdogz  /  Quodlibet 19 – The Transfiguration and its Significance

Quodlibet 19 – The Transfiguration and its Significance

By Godzdogz Team
26
During the Transfiguration, Jesus is joined by Moses and Elijah. I have always wondered if this tells us that God raised Moses and Elijah to new life before Jesus. Could this be the first resurrection?

St Paul, in his first letter to the Corinthians says that Christ is the “the first fruits of those who have fallen asleep”, i.e., the dead, and what he teaches the Christians in Corinth is that any hope that we may have in the resurrection is founded on the fact of Christ’s resurrection. So Christ’s resurrection is the basis of there being any resurrection of the dead at all. As such, the question about whether Moses’ and Elijah’s are the ‘first’ resurrections, has to be answered in the negative. Here, I take it that ‘first’ refers not to time, as such, but to ontology. So, that which must come first in the order of the very existence of such a happening as resurrection, is Christ’s rising from the dead.

However, even if we are to take ‘first’ to mean first in time, St Paul says: “For as in Adam all die, so also in Christ shall all be made alive. But each in his own order: Christ the first fruits, then at his coming those who belong to Christ”. Here, Paul seems to suggest that Christ’s resurrection comes first, and then after him, at his Second Coming (or parousia), will rise the righteous, who would include, one supposes, Moses and Elijah. For some time, Scripture scholars thus held that the Transfiguration was an “anticipated Parousia”.

However, the presence of Moses and Elijah at the Transfiguration is an intriguing feature, and it says something about what the event is about. Firstly, the Transfiguration is an orama, a vision. We must be careful not to think that this means something that occurs only in the mind, like an imaginary construct of the evangelists, or of Peter, James and John. Rather, the language of orama brings to mind an apocalyptic vision, such as the ones that John sees in the Book of Revelation. Or, more obviously for the Evangelists, they have in mind the visions of Daniel. These visions are revelations from God, his divine initiative to reveal to us something that is known only to him. So, through visions, we become privy to God’s knowledge. As visions from heaven, then, they are not bound to the time, or even to the space, of this world. So, the issue of temporal priority with regard to Moses and Elijah would not arise.

It is interesting to note that some features from the apocalyptic of Daniel are also found in the Synoptic Gospel accounts of the Transfiguration. In Daniel we see this pattern: a voice/auditory revelation; response of fear and fall on their faces; reassured by touch. We see this pattern too in the Transfiguration, particularly in Matthew 17:1-8. At Daniel 12:3, the righteous and wise “shall awake … to everlasting life” and they will shine like the sun and stars. Hence, Jesus, who is to be numbered among the righteous and wise, and indeed, who is the first of these, does shine like the sun and is clothed in star-like light. Indeed, Jesus’ clothing and countenance brings to mind another great figure from Daniel: the Ancient of Days, i.e., God (see Daniel 7:9), and we recall too that in Psalm 104:2 it is God who is “clothed with light as in a robe”. So, Jesus is depicted as God. And the Godhead of Christ, of course, is what the Transfiguration revealed. As St John Chrysostom said: “he opened a little of his deity and showed them the divinity within.”

In the symbolic language of the Old Testament, which the New Testament picks up, mountains were places of encounter with God. This, of course, is not an idea that is restricted to the Judaeo-Christian tradition. The most notable of these is the revelation of God (theophany) on Sinai to Moses (see Exodus 19:16-25). In the Transfiguration, the high mountain, the cloud, and the voice which issues from it, are all features of the Sinai theophany also. In this connection it is interesting to note that Moses and Elijah both met God on Sinai, and to this day, one can walk from Moses’ cave on the summit of Mount Sinai, down past Elijah’s chapel on a lower plateau, to the monastery of St Catherine at the bottom of Sinai, where in the apse of the church is a mosaic image of the Transfiguration. So, the figures of Moses and Elijah remind the Gospel reader that the Transfiguration is a theophany: an appearance of God to mortal men, and it is Jesus who is revealed as God.

It is also suggested that the Transfiguration reveals Christ as king. In any case, in the tradition of Israel, the king was called God’s son, and so the ascent to the high mountain and the declaration of sonship parallels the coronation verse in Psalm 2:6-7: “I have set my king on Zion, my holy hill.” I will tell of the decree of the Lord: He said to me, “You are my son, today I have begotten you”. If Christ is king on Mount Tabor, then Moses stands for the Law, and Elijah for the Prophets. This identification of Moses and Elijah is common among the Fathers of the Church, and alluded to in the Preface for the Second Sunday of Lent. 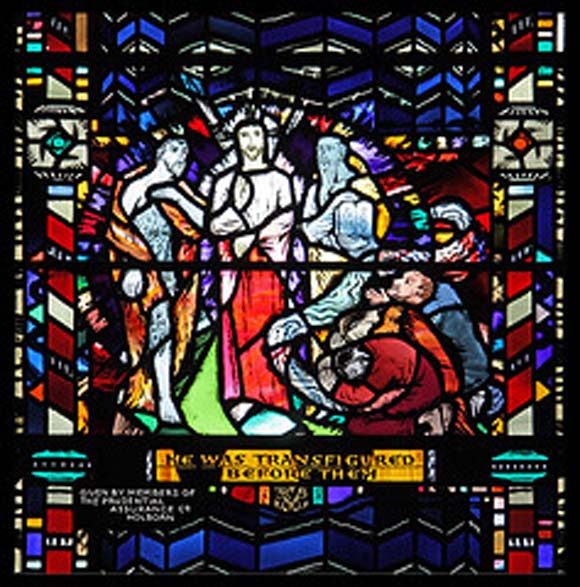 More significantly however, Moses and Elijah also point to the resurrection, or at least to everlasting life. For in the Jewish tradition, these men were among the so-called “deathless ones”. Elijah was assumed into heaven, seemingly without having died (see 2 Kings 2:1-11), and Moses disappeared from Mount Nebo, and his burial place is “known to God alone” (see Deuteronomy 34:1-6). Later Jewish tradition, attested to by Josephus and others, thus held that Moses too was assumed into heaven. So, we have two Old Testament figures who stand for eternal life or a heavenly, glorified existence. One might argue that they did not need to be resurrected, since they never died! However, it is more likely that the evangelists wanted to portray Jesus as the Living One on whom these living ones of the Old Testament depend. One might ask, then, granted all the above, if Moses and Elijah are the first people with resurrected or glorified bodies to be mentioned in the Gospels? This seems to me to be the case, so theirs can be said to be the ‘first resurrection’ in this limited sense.

Hence, Moses and Elijah are also a reminder of the hopes of Israel for the end-time when God will fulfil his promise for the resurrection of the dead and the glorification of all Israel. As Edward Schweitzer says, the Transfiguration “united two expectations which were alive in Judaism: the coming of the prophet of the end-time who is like Moses, and the appearing of Elijah at the dawning of the end-time”. That prophet who is like Moses is Jesus, who ascends the high mountain, as Moses ascended Sinai. Other parallels between Moses and Christ in Matthew’s gospel have been identified by scholars. The point is that Jesus is thus revealed as the longed-for prophet of Jewish eschatological hopes.

Therefore, the Transfiguration is also revealed to us to give hope. In the first place, as the Preface for the Transfiguration, taking its cue from the Scriptures, says: Christ “revealed his glory to the disciples to strengthen them for the scandal of the cross”. What this means for us today, is that we are those disciples who have seen the glory of the Transfiguration. So, we are also called as disciples of Christ to share in his suffering by taking up our cross and following him. But we do so confident that we will one day also share his resurrection and glory, just as Moses and Elijah do.