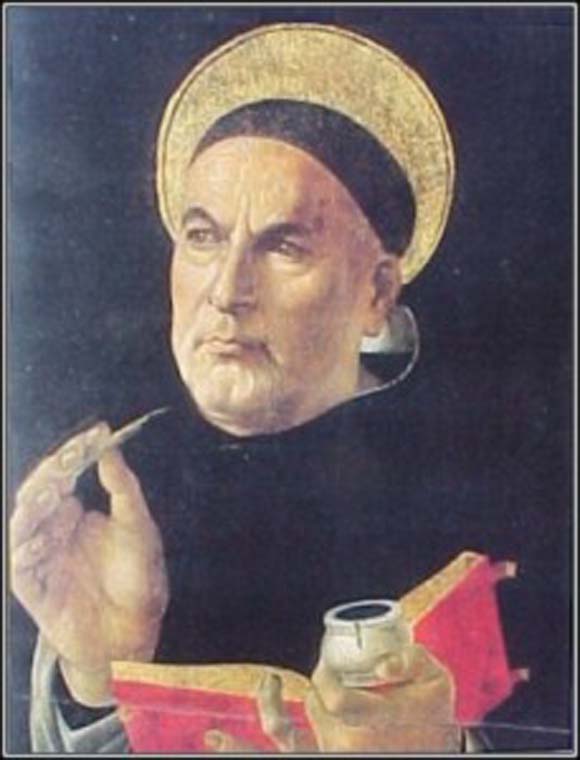 Aquinas – whose liturgical feast is celebrated today – is one of the foremost representatives of a Christian humanism that has always flourished in the Church. In his understanding of creation and of grace, he draws on the resources of philosophy as well as theology to re-think the terms in which biblical, Christian doctrine may be presented. He was able to develop a mysticism of creation itself, in which God is understood to be present not only in particular people, places, or experiences, but everywhere and always. As creator, God is mightily active ‘deep down things’, for if God were not constantly willing the world’s being, and empowering its activities, there would be nothing.

Creation itself then – the nature of things as we come to understand and appreciate them – is another book in which the mystery of God is intelligible to us, however dimly.

All creatures bear a trace of their Maker but humans are created in God’s ‘image and likeness’. This is seen, St Thomas says, in our intelligence, in our moral responsibility, and in our creativity. As ‘participants in providence’ we are God’s partners in the unfolding of the world’s history. No longer merely servants, we are brought into friendship with God through Christ and the Holy Spirit.

St Thomas is very much a saint for our times. Secular humanism fears that God is a threat to humanity, that men and women cannot be truly free until they shake off God. Christian humanism knows that the truth is directly contrary to this: Christ, who is the head of humanity, leads it towards its flourishing, not towards its destruction. Christ is our way to maturity, St Thomas says, the love-breathing Word from God who finally introduces us to ourselves.

St Thomas Aquinas was an intellectual. His business was texts and translations, arguments and ideas. He shows us that holiness is also about the mind. He shows us that ‘mystery’, far from bringing thinking to an end, invites it to continue forever. He teaches us that it is in the light of God’s wisdom, as it is in the warmth of God’s love, that human beings come to their full flourishing.