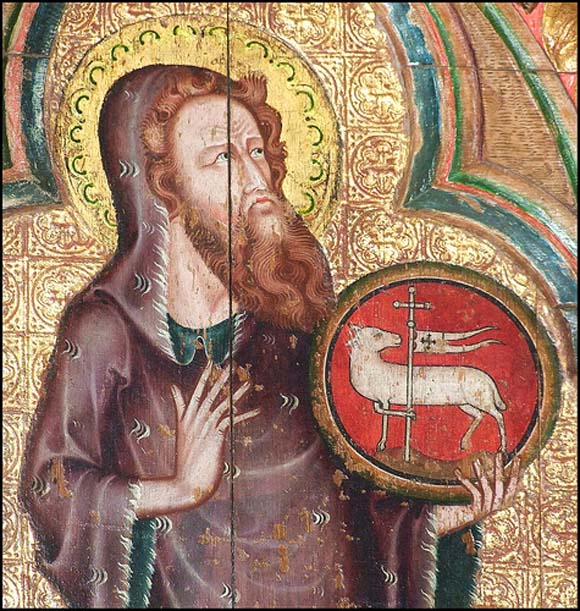 As we celebrate the Nativity, or  Birthday, of St John the Baptist, the Church’s liturgy draws our attention in particular to his place in God’s eternal plan. ‘The Lord called me before I was born, from my mother’s womb he pronounced my name,’ we hear in the first reading from Isaiah (49:1). The events surrounding his birth also draw people’s attention to his special role: his father Zechariah’s dumbness and the subsequent return of his speech make the family’s neighbours wonder, “What will this child turn out to be?” (Lk 1:66).
All of these signs, in the life of John the Baptist and in the Church’s reflection upon it, highlight his place at the culmination of the chain of Old Testament prophets, those called by the Lord to proclaim his word to the people of Israel. John was not only to speak the word, calling people to repentance and reconciliation with the Lord, he was the one who would point to the Word of God made flesh, saying, “Behold, the Lamb of God, who takes away the sins of the world” (Jn 1:29).
Because of this great privilege of John’s, Jesus himself says, “Truly I say to you, among those born of women there has arisen no one greater than John the Baptist” (Mt 11:11). And yet he then goes on to say, “he who is least in the kingdom of heaven is greater than he”. The transformation wrought by Jesus through his death and resurrection, which has enabled us to enter that kingdom through our baptism, has raised human existence to another level.
It was that transformation which John hinted at as he pointed out the Lamb of God who takes away the sins of the world; in a world where so many have still not heard this good news, we who have heard are called, even as we try to understand it more fully ourselves, to imitate St John the Baptist, drawing people’s attention not to ourselves but to Christ and the great gift of salvation which he holds out to all the world.