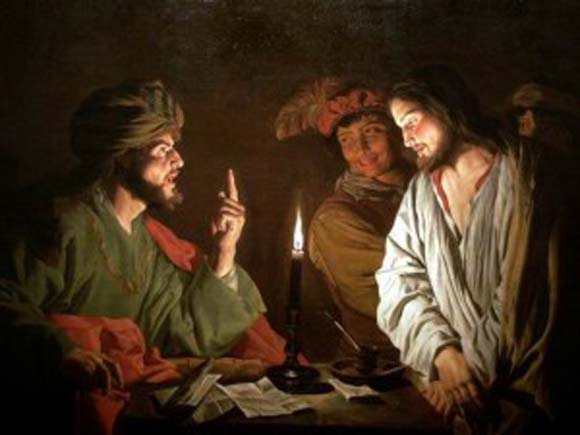 Godzdogz
Home  /  Godzdogz  /  Saturday of the Fifth Week of Lent

Saturday of the Fifth Week of Lent

In today’s Gospel the Jewish leaders fear that Jesus will soon to convert all the people to him and, by doing so, cause a revolution that will destroy Israel. Against this false prophecy of annihilation comes the true prophecy of Caiaphas: “it is better for you that one man should die instead of the people, so that the whole nation may not perish.” Thus, the Jews began to plot the death of Jesus.
The Jews feared Jesus because they reckoned that he would rob them of their land and their position; Jesus’s Gospel, it seemed to them, disturbed the peace.  An assessment still made by people today. Sometimes a soul fears that following the Gospel, either in its entirety or some small part, will mean life is expunged of all the things normal folks regard as enjoyable.  Don’t Christians hate parties, alcohol and, fun? Don’t they impose strict moral codes of behaviour which suppress creativity and individuality? Indeed, doesn’t Christianity destroy everything that makes life good? If  Jesus is to ruin life; best then to be rid of him.

The fear that Jesus is going to take the gratification and pleasure out of life begs the question: Is life only worth living when it is pleasurable? Is time not ordered to gratification time wasted? If culture represents how a society views the world around it, and therefore how it values it, then what is there to learn from the fact that, while the apogee of Christian art is found in the works of Mozart or Michelangelo, what passes as the boundary-shattering examples of culture today are things like Tracey Emin’s ‘My Bed’ or Hirst’s ‘The Physical Impossibility of Death in the Mind of Someone Living’?

Jesus offers a life worth living and celebrating, in all its stages and experiences; it is a life which reaches beyond itself into the eternal, into the dwelling of the Sovereign Love. To prove this it was, as Caiaphas unknowing observed, expedient that one man pour out himself for others; that they might not be destroyed by an empty and meaningless existence, but be granted life everlasting.