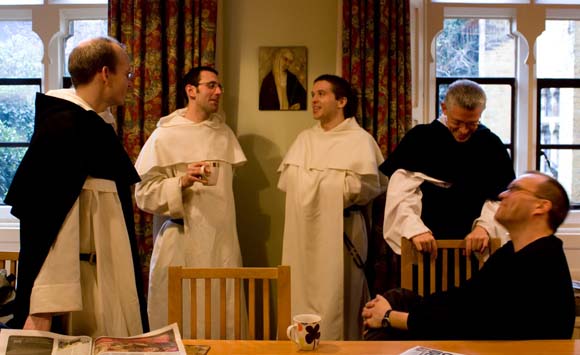 Saturday of the Second Week of Lent – Confronting our Inner Pharisee

By Oliver James Keenan O.P.
8
Readings: Luke 15:1-3, 11-32.
A few weeks ago some of the brothers here at Blackfriars gathered around the coffee machine and got chatting about our lives before we joined the Order. We shared stories about the people and events that led us to follow Christ by – to our own astonishment – asking to be clothed in the White Habit of Our Holy Father. The stories were delightfully and refreshingly different – some told of rebellion against God until finally relenting, others told of a quiet fidelity that led to the (no less alarming) realisation that Christ was calling.

In the context of today’s parable of the Prodigal Son, you might say that some of us were ‘younger sons’ who went wandering before coming to Christ (not before wallowing with the pigs), and some of us were ‘older sons’ who stayed faithfully in the Church. Ultimately, we all came to realise our need for mercy, seeking – as we express liturgically at the moments of our clothing and profession – God’s mercy and that of our brothers.
In presenting the parable to us (vv. 11-32) the Church gives us a line of introduction (vv. 1-3) telling us to whom Christ is speaking: “the tax collectors” and the “Pharisees and scribes” who seek to exclude them. To the first hearers of Jesus’ words, then, it would have been obvious that the tax collectors’ notorious sin reflected the younger son’s futile rebellion, whilst the Pharisees’ resentment at the gratuitous forgiveness being offered to the tax collectors reflected the cold-heartedness of the elder sibling. 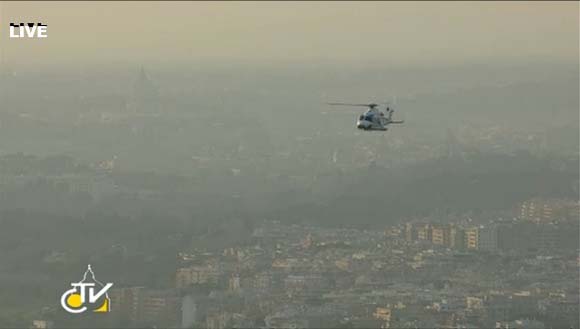 In essence, however, the Pharisaic sin and the notorious defection of the tax collectors is one and the same: it is fundamentally a withdrawal from communion, either by ignoring the living Father as centre of unity for the human family, or by refusing to accept the Father’s reintegration of another sibling. In withdrawing our communion from our brothers or sisters in Christ, we withdraw our communion from the Lord, so much so that the early Church Fathers closely associated the unity of the Church with its holiness. Lent is an invitation to face up, not only to our inner tax collector, but also to our inner Pharisee. As the Church prepares for a new Bishop of Rome, we need – now more than ever – to be together, to be “One, Holy, Catholic and Apostolic”, to show forth to the world (as the final Tweet of the Emeritus Roman Pontiff has it) “the joy of putting Christ at the centre of our lives”.