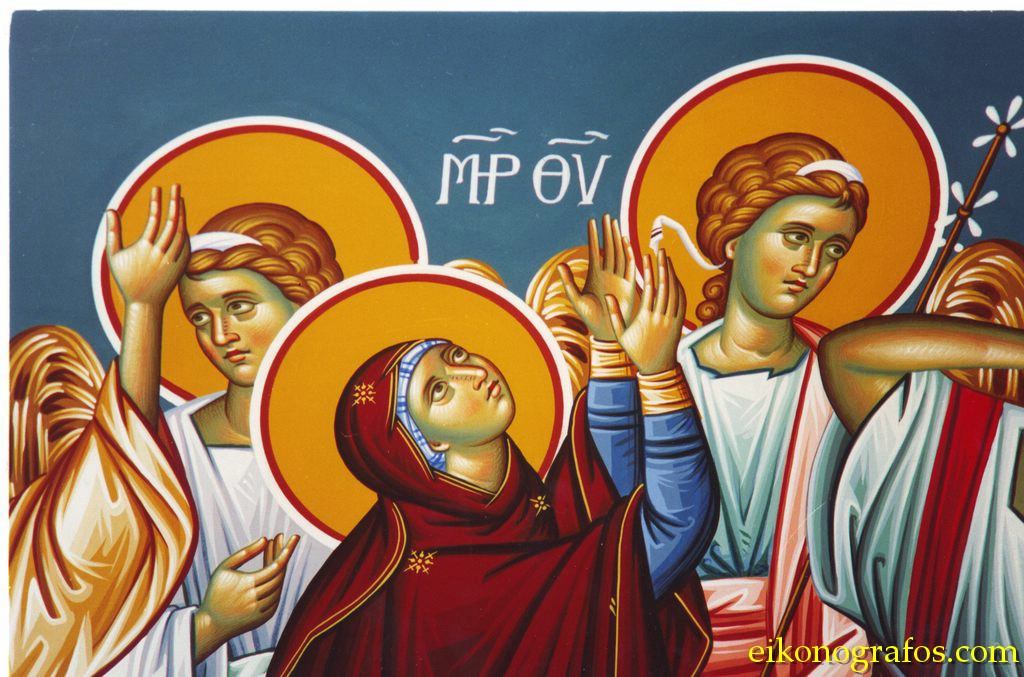 Even after enduring death, and overcoming it in the Resurrection, Christ does not do away with his humanity. Christ’s humanity is not like a garment that is discarded once it has been worn. The real and enduring reality of Jesus’s humanity remain the point of connection between man and God, just as it was in his earthly ministry so it remains today: the Sacred Humanity is the organ through which redemptive grace flows to us (especially in the Sacraments). Christ, then, continues to relate to us in and through his humanity, even though we do not see it (except sacramentally). Thus the Ascension is not a moment of sadness—the definitive disappearance of the Messiah from the world that He has redeemed—but the glory of a bodily ‘withdrawal’ that is enacted precisely—and only—so that the Lord can be present to us in a new and more intimate fashion. The coming of the Holy Spirit (the Third Glorious Mystery) casts this in stark relief.
In the context of the Glorious Mysteries of the Holy Rosary, however, the link between Christ’s Ascension and Mary’s Assumption is particularly evident. Christ’s Ascension, and the bodily Communion with God that the Incarnation makes possible, does not merely return the world to a pre-incarnation, or even pre-fallen, state. Rather the Ascension is a creative act, one that inaugurates something new: a new for humanity to ascend, through the gift of participating in Christ’s own life, to bodily communion with God. This is communicated pre-eminently to Mary, attested in her Bodily Assumption (the Fourth Glorious Mystery).
Categories:
Ascension, Jesus Christ, Rosary