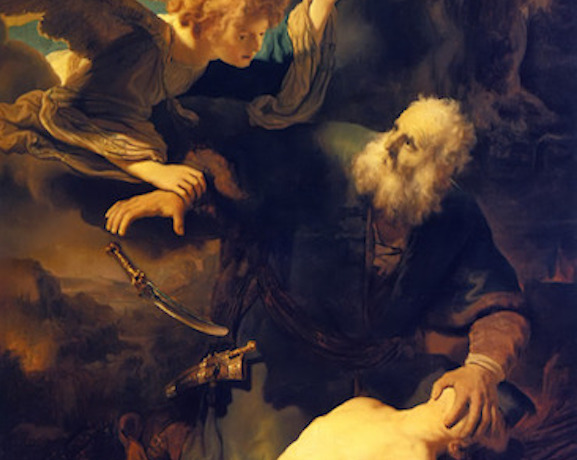 Godzdogz
Home  /  Godzdogz  /  Second Sunday of Lent: Glory is not without sacrifice

Second Sunday of Lent: Glory is not without sacrifice

What are you willing to do for glory?

Abraham is commanded to bind his only son, Isaac, and to offer him as a burnt sacrifice to the Lord.  Abraham, being a true man of God, was detached from all things apart from the will of God. This being so, he was ready to carry out what the Lord had asked of him. God used this encounter to display true faithfulness to His will, and not His need for sacrifice. Sacrifice is for our benefit, not God’s. It orientates us to Him. Abraham recognised this, conscious of his need to always turn to the Lord, and so continued to offer a sacrifice, this time not his son, but a ram. God is self-sufficient and nothing we do can add anything to Him. We cannot make Him be anything more than He is.  God reveals His glory in His response to Abraham’s act of faith by His blessing him with numerous descendants, of which we can count ourselves in faith a part. Abraham was willing to undergo personal pain and loss out of obedience to God’s will, and in return God readily bestowed His blessing on him and his posterity.

The account of Abraham and Isaac may be said to foreshadow the offering made by the Blessed Mother of her Son, the One who would serve as the Sacrifice of all sacrifices; the Sacrifice which would unite God and man through the triumph over sin, that ailment brought about by man’s disobedience. Mary would not be spared the personal loss of which Abraham was spared: her heart would be pierced. Jesus’ obedience would serve as the remedy for our forefather’s disobedience, thereby mending the rift brought about in the Garden of Eden. 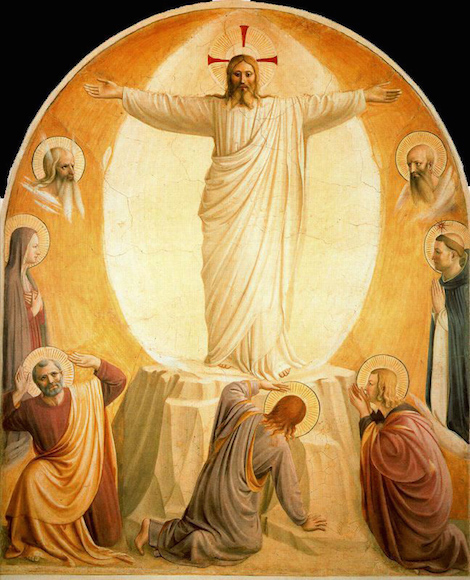 The account of the Transfiguration of Our Lord should not be seen apart from the Cross to come. We could read Peter’s wanting to make tents for Our Lord, Moses, and Elijah, as a short-sighted decision. Peter—never one to catch on first time round—was quite happy to stay with the glory of God. What a dazzling, wonderful sight it must have been. Peter was quite content with this sight. What he was not so comfortable with, as we see elsewhere in Scripture, was the idea of a crucified, humiliated Messiah. Was it not Peter who previously rebuked Our Lord, saying that He did not need to go to Jerusalem to be killed? He was comfortable with a glorified Messiah, but not a crucified one. Perhaps Peter did not realise that the dazzling, burning light of God’s glory, displayed in the Transfiguration, needed to be manifested in the glory of the burning love of the One rejected by His own on Calvary, not displayed by light pouring out of Him, but by His blood.

Both Moses and Elijah encountered God on mountains, and Abraham too was on Mount Moriah when he was about to sacrifice Isaac when God spoke to him. The event of the Transfiguration in the Gospel also occurs on a mountain. We have the halted sacrifice on Moriah, the giving of the Law on Sinai, and the encounter of God in the silence on Horeb. These prefigure the event of the Cross on the mount of Calvary:  the sacrifice not of a man, but of the Son of Man; the giving of a New Law, which was Christ Himself; and God’s life-giving presence in the silence of Jesus’ hanging body.

The Transfiguration is not meant to draw us away from the Cross. Quite the opposite. It is a foretaste of that which we will enjoy in eternity if only we embrace the Cross. The gateway into Heaven is cross-shaped. Perhaps this Lent we can examine whether or not our lives are cruciform, and if not, how can we offer ourselves more completely to the will of God, like Abraham, who placed God before all else?