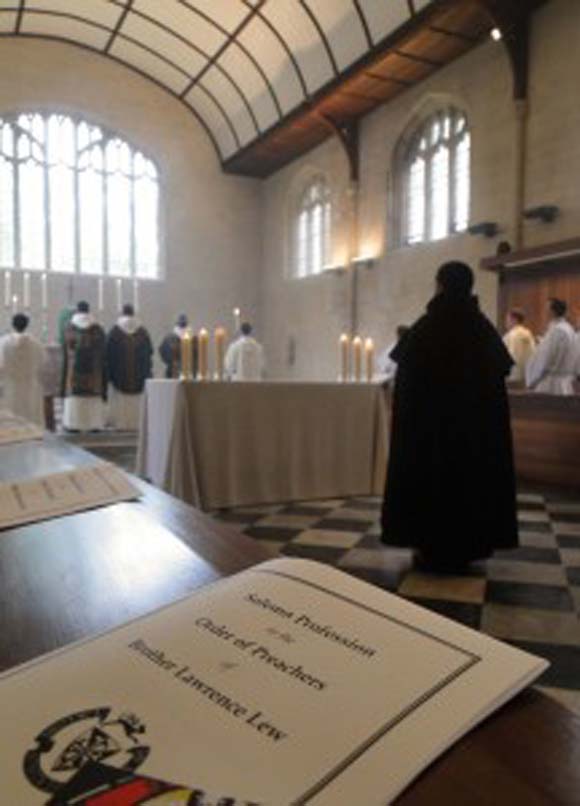 “If any man would come after me, let him deny himself and take up his cross and follow me. For whoever would save his life will lose it; and whoever loses his life for my sake and the gospel’s will save it” – Mark 8:34f.

These words, from the Gospel for the 24th Sunday of Ordinary Time, were very appropriate for the solemn profession of fr Lawrence Lew OP which took place during conventual Mass in the Oxford priory on Sunday 13 September. fr Lawrence’s friends and family had come from near and far to witness him make profession and promise obedience “usque ad mortem”, until death. As the Prior Provincial, fr John Farrell OP reminded him, fr Lawrence was entering into the obedience of Christ who was “obedient unto death, even death on a cross”. So, the faith which we had all received in baptism has to be borne out in action and good works. Let us pray that the good work undertaken in making religious profession will be brought to perfection by our Lord Jesus Christ.

Below are photos and a video clip from both the solemn profession and the reception, which took place after Mass: 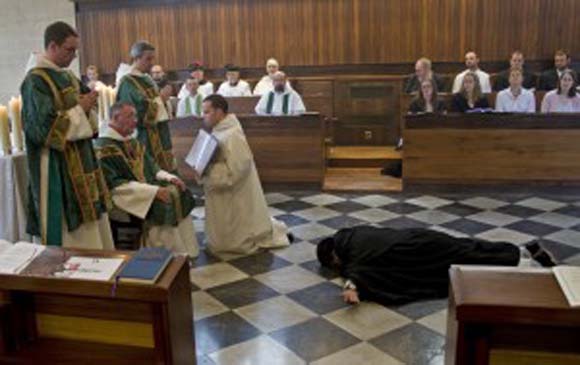 fr Lawrence lies prostrate in the form of a cross and asks for God’s mercy and the mercy of the brethren. 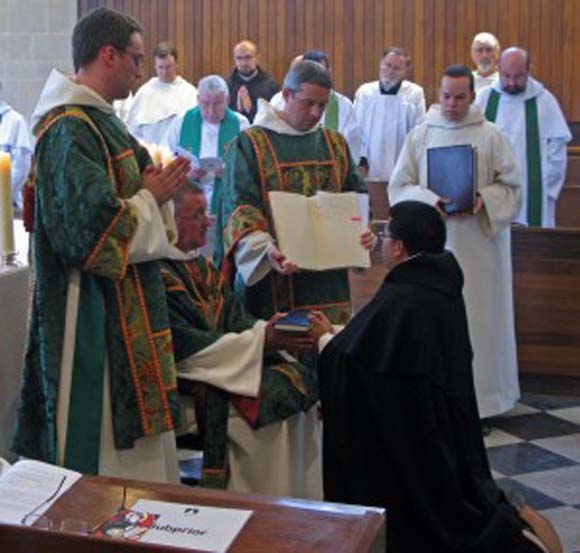 The Provincial receives the profession and promise of obedience “until death” from fr Lawrence.

“I, brother Lawrence Lew, make profession and promise obedience to God, and to Blessed Mary, and to Blessed Dominic, and to you, brother John Farrell, Prior Provincial of the Province of England, in place of brother Carlos Alfonso Azpiroz Costa, Master of the Order of Friars Preachers, and his successors, according to the Rule of Blessed Augustine and the Institutions of the Friars Preachers, that I will be obedient to you and your successors, until death.” 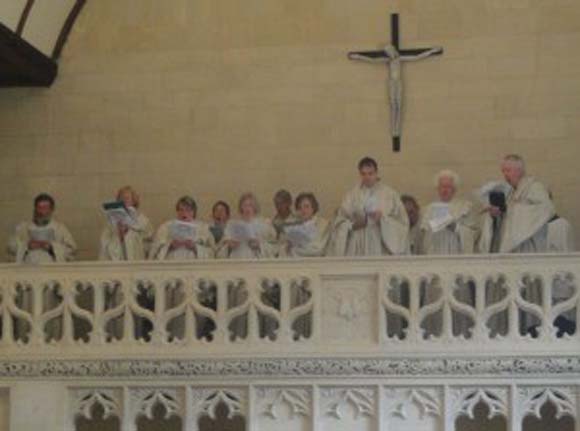 The Schola Gregoriana of Cambridge sang the Propers of the Mass in Dominican chant: “Grant peace, O Lord, to those who wait for you, that your prophets may be found faithful: hear the prayers of your servant…“ – from the Introit of the Mass for the 24th Sunday in Ordinary Time. 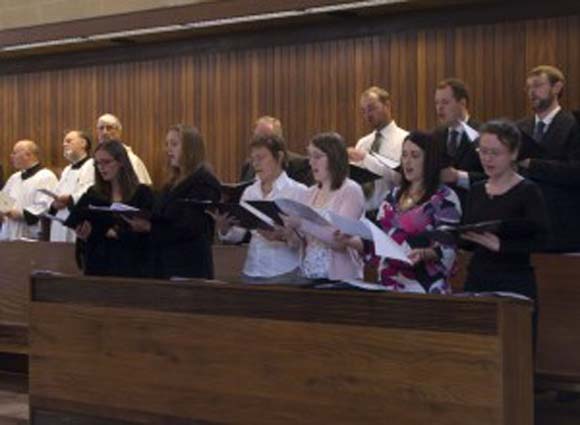 In addition, another choir comprised of friends of fr Lawrence, including some with whom he had previously sung in Leeds University Chamber Choir and Leeds Cathedral, sang the Ordinary of the Mass. The setting was Haydn’s Kleine orgelmesse, and during communion they sang Stanford’s Beati quorum via: “Blessed are they whose life is blameless: who walk in the law of the Lord“ – Psalm 118:1 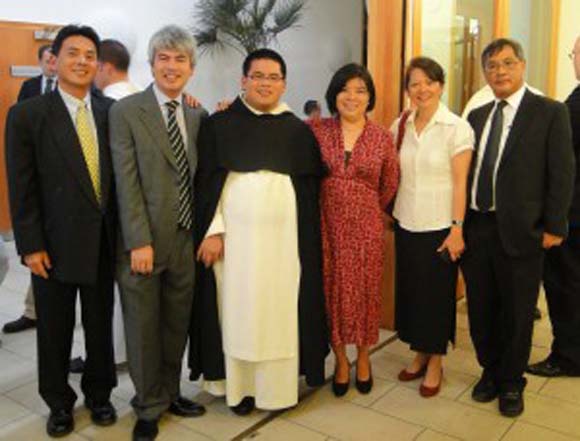 fr Lawrence with his parents and uncles and aunt who had come from as far afield as the U.S.A., Malaysia and Singapore. 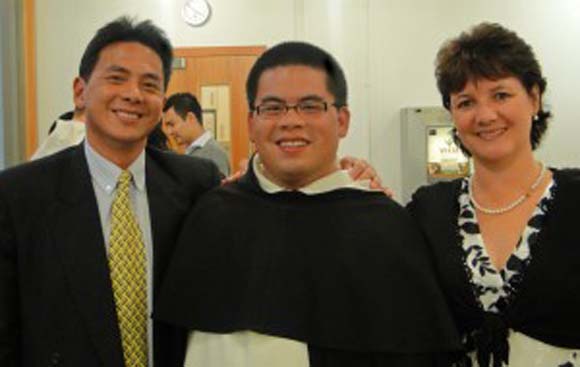 fr Lawrence with his father and step-mother.