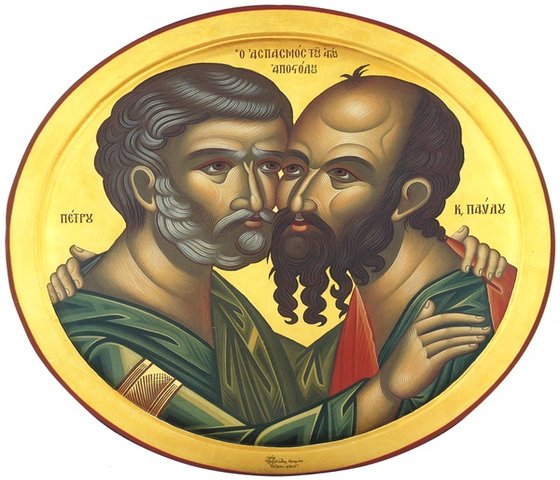 Solemnity of Saints Peter and Paul

In the last month we have celebrated the Feasts of, variously, St Aloysius, St Cyril of Alexandria, St Irenaeus, St Anthony of Padua, the Birthday of St John the Baptist, the Apostle Matthew, and the Apostle Bartholomew. Next week we will celebrate the Feasts of St Maria Goretti and St Elizabeth of Portugal. All great saints, whose examples we would do well to follow, and all worthy of their individual feast days. Yet, on today’s Solemnity, we might then be tempted to ask the question of why Saints Peter and Paul share a Feast and don’t get their own?

The answer to this question – I was informed whilst doing the washing up earlier in the week, in one of those delightful conversations that until joining the Dominicans would have seemed bizarre, but now is a quite normal part of life – probably lies in their mortal remains being moved from their original separate resting places to a joint place in the Catacombs on the Appian Way, during the persecution of Christians under the Emperor Valerian. This, in turn, probably led to their commemoration being intimately linked and a joint Feast Day.

However, irrespective of the origins of this great solemnity, a little reflection on the lives and roles of these two martyrs reveals a rich symbolism in their joint celebration.

There can be a tendency on this Feast Day to contrast the two men and emphasise only their complementarity, forgetting the shared experience that was the driving force in their lives. Peter had been zealous, yet, when push came to shove, ultimately cowardly; Paul had been zealous, but his zeal, for the persecution of Christians, was ultimately misplaced. However, both were to encounter the Risen Christ and for both nothing would ever be the same again. It was this encounter that allowed them to transcend their very different backgrounds and to enter a new brotherhood. This brotherhood in Christ on which the new Rome was founded would be stronger than the mere blood ties which united Romulus and Remus and which ended in bloodshed. 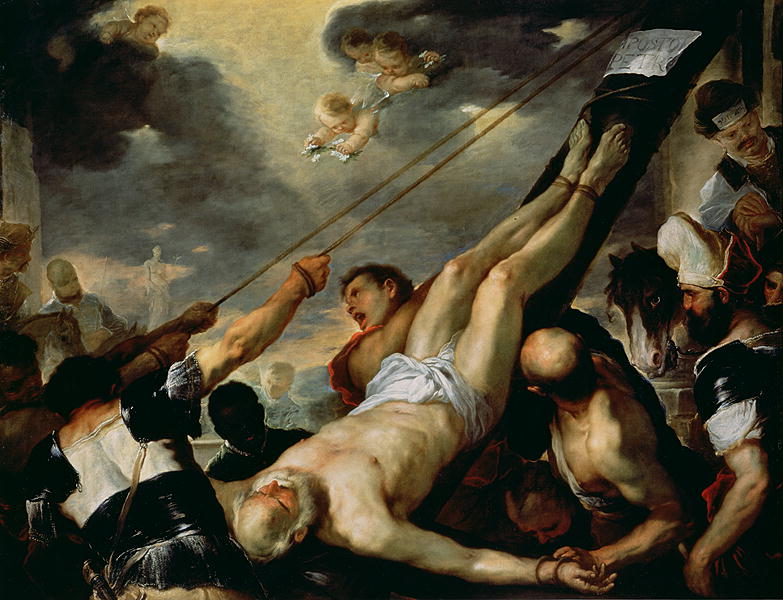 Both would give up all that they had previously held dear for the sake of making the Good News about Jesus Christ made known more widely. This mission would take them both to Rome and ultimately to their martyrdom. St Augustine had the following to say:

Both apostles share the same feast day, for these two were one; and even though they suffered on different days, they were as one. Peter went first, and Paul followed. And so we celebrate this day made holy for us by the apostles’ blood. Let us embrace what they believed, their life, their labours, their sufferings, their preaching, and their confession of faith.

For those of us in the UK in tumultuous times, perhaps today’s solemnity is a call to calm, albeit that it commemorates martyrs. It is a call to remember that our true peace lies in unity with Christ, and this unity is only guaranteed by the See of Rome. This peace is not the peace of the world, but the peace of Christ. It is not the simple absence of disturbance or war, but a peace intimately linked with the Cross. It is a peace which transcends race and nations, and it is the peace that, united with Peter and inspired by the example of Paul, we are called to bring to the world.