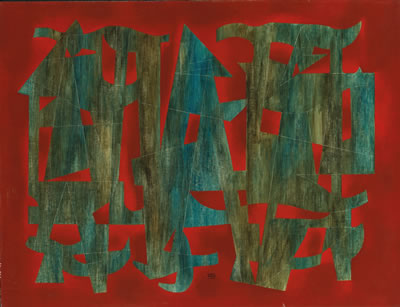 Godzdogz
Home  /  Godzdogz  /  Solemnity of the Annunciation of the Lord

Solemnity of the Annunciation of the Lord

The mystery of the Incarnation tells a story of impossible contradictions: God becoming man, eternity under the bondages of the time, perfection manifested in a limited creature, etc. That the Son, the second person of the mysterious Trinity of God, becomes man entails a renewal of the image of creation, a new stage in the artistic process in which God holds History. Like a kind of self-portrait, the creature turns now to be the Creator, the painting to be the painter and that is something that requires much more that simple human reason to grasp.

The genial Mexican-Guatemalan painter Carlos Merida is well known for his murals where Geometry is adored and glorified. It is in this numerical expression of space that Merida found the way to express his inner soul and when he did his portentous self-portrait that element couldn’t be absent. However, it was a surprise that he painted a rather natural face, in contrast to the geometrical designs in which he build up his artistic life. I think that Carlos Merida was much more than a trigonometrical mind and in the execution of his self-portrait we can see that his inner self is completely separable from that. Every self-portrait is an attempt of make the author present in the work, an attempt to include the causes in the effect. Therefore I think that there is not a better way to perform the perfect work of art since when someone makes himself the object of manifestation he is manifesting what is really true about himself, or better said, what he really is, the thing that makes him to be what he is, his substance, the thing that no-one but him is able to grasp. 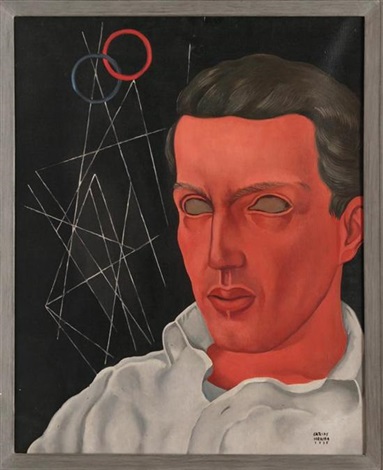 God became man because He loves his creatures with a perfect love, as only God can do. The Incarnation of God must be regarded as a continuation of the process started in the creation because it is exactly the same movement from non-being to being, the movement that makes the man a perfected creature, conformed to the very image of divine perfection. Every work of art is always an opportunity that the author has for self-predication, and among them the “self-portrait” (the self-predication about his self-predication) represents the purest form of artistic creation. The dialogue with oneself entails access to a private knowledge about a particular area of creation, the one in which the entity that we are find no rival. We are the guardians of that area since nobody else can have access to it, and the voluntary expression of it, the displaying of that spark of being in the theatre of the world represents the supreme work of charity. In some way we can say that the world waits for our self-portrait to be painted.

But to have the bravery of painting a self-portrait entails also a sacrifice. It is inevitable that when someone makes manifest what is his own alone, human markets begin to speculate over it in order to make it profitable in the terms that those markets understand. To make oneself a disposable thing is to offer to the world the right to perform acts of judgment over the unknown thing in front of it. In other words, every self-portrait is always a mystery and as such dependent on the testimony of the author and therefore subject to opinion and tendentious interest. The world can condemn the self-portrait because it is an attempt against the conception of creation that the world believes is a matter of its own discernment. However, the world will be always incomplete without that self-portrait or can be vitiated with the forgeries that result from a self-predication done without the necessary mastery.

A self-portrait is a shout in the wilderness, a sensible note in the harmony or the sound of a fire alarm on Monday morning. It is the release of the unknown, the mysterious act of revelation, the primordial metaphysical movement. A self-portrait is an act of love not for oneself, but for everyone who strives for perfection. The genius of God consists in painting his self-portrait without a mirror…