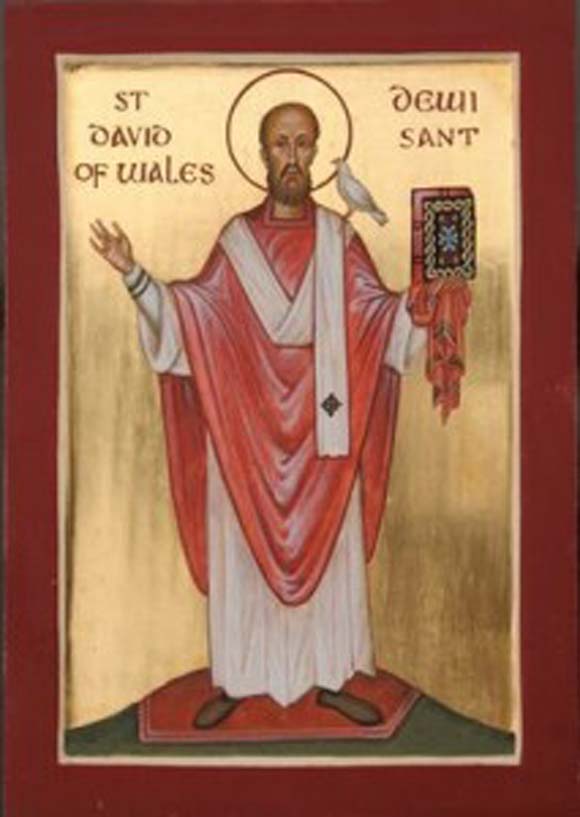 By Br Andrew Brookes O.P.
23
Philippians 3:8-14; Ps 1; Mt 5:13-16.
The earliest substantial account of St David that we have access to is the Buchedd Dewi, written by Rhygyfarch in the late 11th century. Rhygyfarch claimed it was based on documents found in the cathedral archives. Historians have been able to use this and other materials to put together the life of David along the lines I am outlining here.

St David was a Celtic monk, preacher, teacher and bishop, who was born around 500 and died around 589. He was of a noble family, his mother being St Non. He was taught by St Paulinus. He wrote a strict monastic rule, inspired by Egyptian monasticism, and founded a monastery at what is now St David’s in Menevia in South West Wales. The monks were to drink only water and eat only bread with salt and herbs, and spend the evenings in prayer, reading and writing. No personal possessions were allowed. Asceticism was stressed. The rule even required monks, not animals, to pull the plough. Once he was made a bishop he stayed with his community. A cathedral still stands on the site.
Despite what looks like a focus on self-improvement by will-power in these monastic practices, he was a renowned defender of our need of God’s grace against the Pelagian heresy that put forward a view of man as capable of much without God’s help. As a bishop, he presided over two synods to combat Pelagianism, the first at Brefi around 560 and the second at Caerleon (the “Synod of Victory”) around 569. 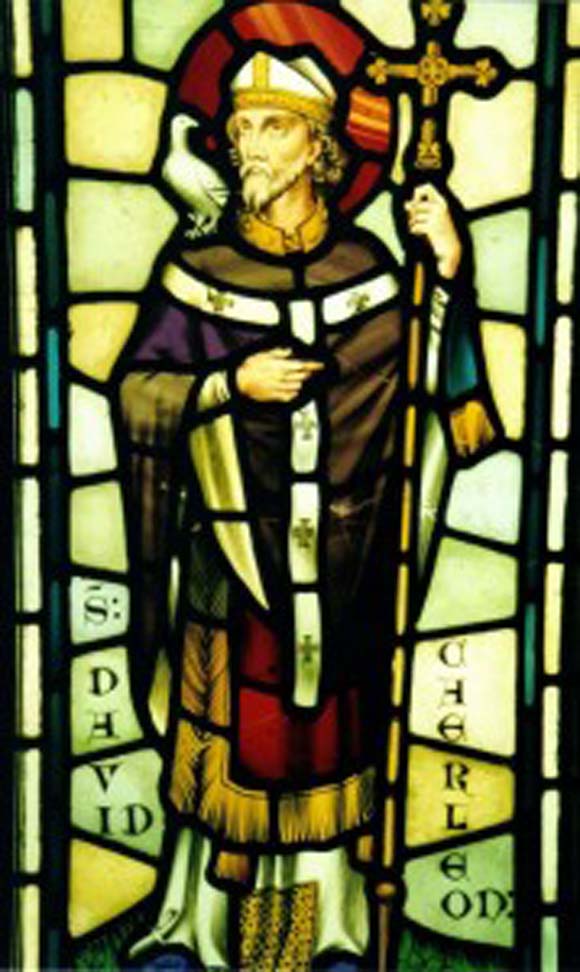 Under his inspiration and influence monks were sent out to establish monasteries and to evangelise what were then pagan area across Wales, Cornwall, Ireland and Brittany and adjacent provinces in France.
It is recorded that in his last sermon he exhorted his followers thus: these as “Be joyful, and keep your faith and your creed. Do the little things that you have seen me do and heard about. I will walk the path that our fathers have trod before us.” It points to a man, who illuminated by the truth of the Gospel as formulated in the Orthodox faith of the Church, was aware of his dependence on God, and found great joy in that dependence, a dependence that, lived in a child-like spirit, allowed him to do each task as just one more small request and gift from God who would bring his efforts to completion by grace. “Do ye the little things in life” (“Gwnewch y pethau bychain mewn bywyd”) is today a very well known phrase in Welsh.

Let us ask God for a share in David’s spirituality that we too may be lamps lighting up the house, and cities built on a hill, drawing people to God by the visibility of divine grace at work in us.