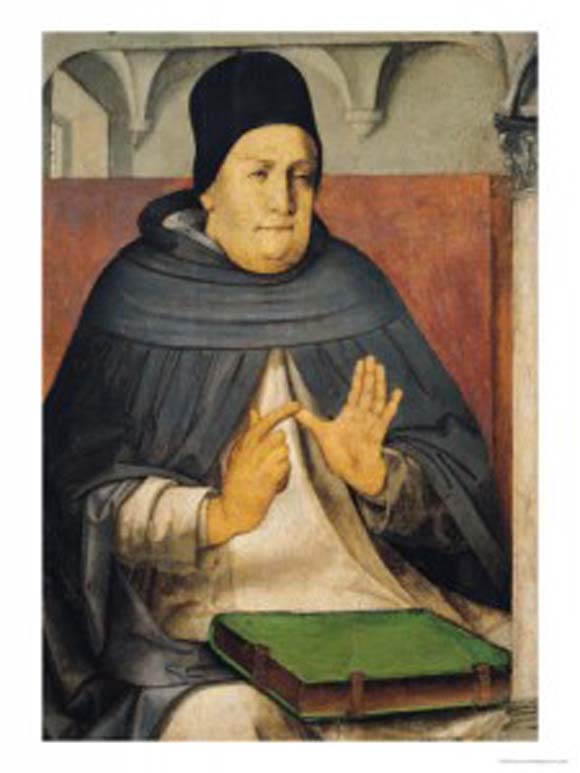 The Limerick is the cheeky and often rude member of the poetry family. It was popularised in the nineteenth-century by Edward Lear. Enthusiasts of the five line poem have dedicated time and effort to finding “prelimericks” in the works of Aristophanes, Robert Herrick, and Shakespeare. Given the reputation of the limerick it might seem surprising that it would be found in the works of the Angelic Doctor. In 1925 Msgr. Ronald Knox identified a possible prelimerick in the priestly post-mass prayer of thanksgiving in the breviary:
Sit vitiorum meorum evacuatio
Concupiscentae et libidinis exterminatio,
Caritatis et patientiae,
Humilitatis et obedientiae,
Omniumque virtutum augmentatio
Despite featuring the words concupiscentiae and libidinis St. Thomas’ halo is not tarnished. It may be translated as:
Let it be for the elimination of my sins,
For the expulsion of desire and lust,
[And] for the increase of charity and patience,
Humility and obedience,
As well as all the virtues.
It is impossible to say if St, Thomas set out write a limerick or if limerick lovers have imposed the strict meter of the form upon this section. With such a great body of work, including some remarkable poetry, it would not be surprising if five-lines of St. Thomas’ work did fit the limerick structure. Nevertheless R.J. Winkler proposed the following rhymed translation:
Extinguish concupiscent fires,
Eliminate lustful desires;
Give patience and love,
A plenitude of
What humble obeying requires.