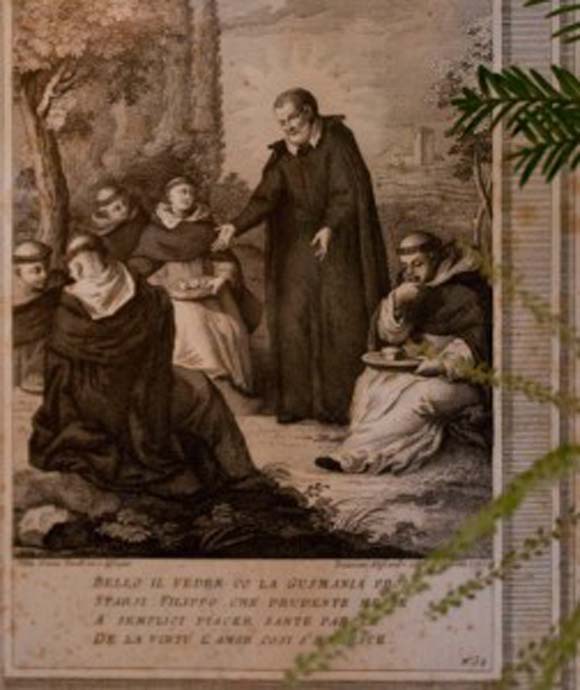 Desiring to recreate this scene in which St Philip Neri is treating Dominican students to a congenial picnic lunch, the Provost of the Birmingham Oratory recently invited the Dominican students from Blackfriars, Oxford to Mass and lunch. Plans had been made to have a barbecue at Rednal, where Blessed John Henry Newman was buried, but the inclement weather made this difficult. 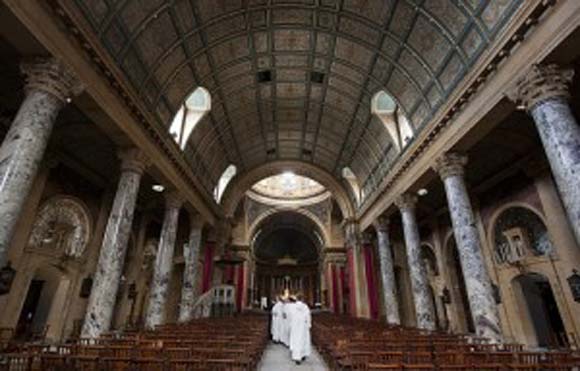 The day began with the pilgrims’ Mass in the Oratory church, which was built by the same architect as the priory church in Oxford, E. Doran Webb. The buildings may seem somewhat different in style, but the barrel vaulted roof is recognizably similar. After Mass, we venerated the relic of Blessed John Henry, and then the Provost gave us a fascinating tour of the church and residence.
A highlight of the tour was the library where Newman’s extensive collection of books, notably of Patristic texts, is housed. We were also shown the autograph of Newman’s famed Apologia pro vita sua, the desk on which he wrote the work, and his violin. We were also shown Newman’s cell, which Pope Benedict XVI had also visited, and signed the guest book which the Holy Father had been the first to sign on 19 September 2010. 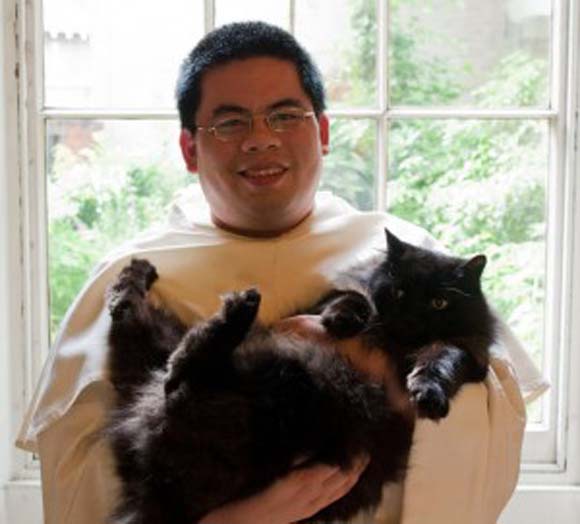 After the tour, we enjoyed a hearty lunch in the refectory, followed by recreation and coffee, during which the world-famous Oratory cat, Pushkin, paid us a visit. Pope Benedict XVI had been photographed with this cat, and some of us couldn’t resist doing the same! 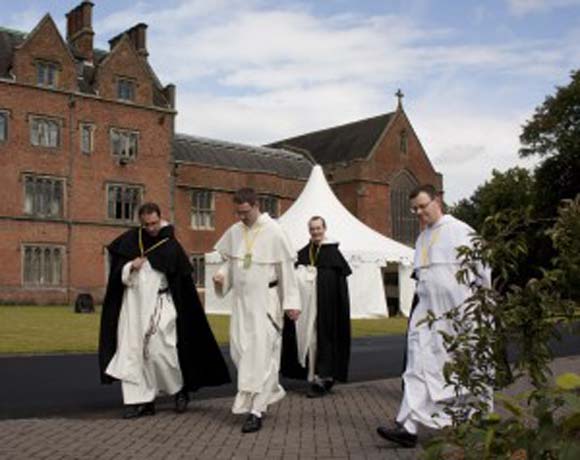 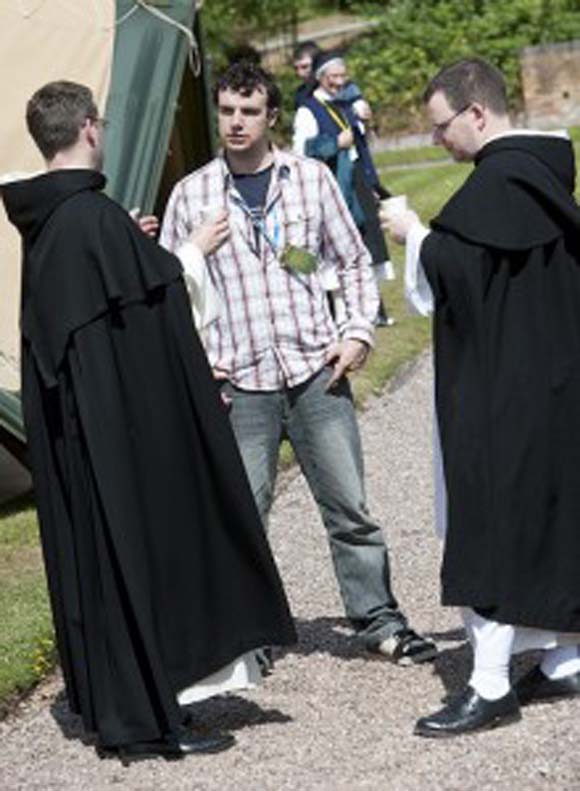 Later in the afternoon, some of the Dominican students made a brief journey to Oscott College, where Invocation 2011, the national vocations festival was being held. Two of our brothers, including fr. Robert Gay OP, the Vocations Promoter, had spent the previous night in a tent on the grounds, and were committed to being present for the entire weekend, but we were only able to spend a few hours on site meeting young people, catching up with other religious, and listened to an excellent keynote speech by Mgr John Armitage on holiness, the saints, and our vocation.
It was a fitting end to a day in which we had visited the shrine and home of England’s newest saint.

The last photo above is used courtesy of © Mazur/catholicchurch.org.uk