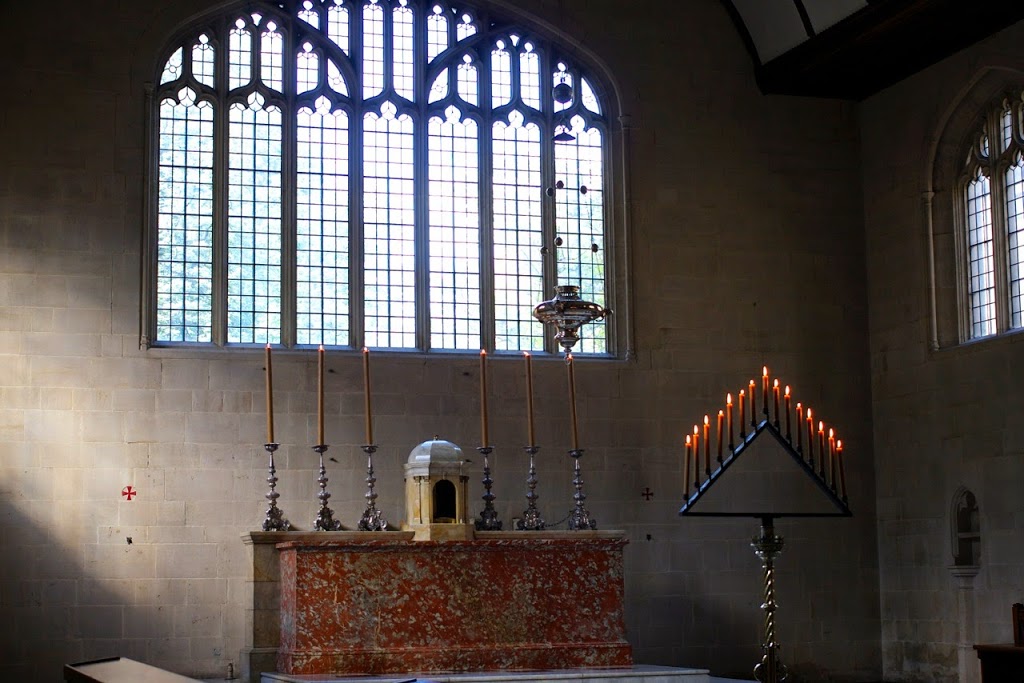 Although the name of the ‘Tenebrae’ service (Matins and Lauds during the Triduum) derives from the extinguishing of the candles, leaving the church in darkness (tenebrae in Latin), it is also the name of one of the chants used. Tenebrae factae sunt, meaning ‘darkness fell’, uses texts from the Gospel accounts of the Crucifixion (Matthew 27:45-46; John 19:30; Luke 23:46).

This recording was made during this morning’s service in the church at the Priory of the Holy Spirit, Oxford. The text is given in Latin and English below.

Darkness fell when they crucified Jesus:
and about the ninth hour Jesus cried with a loud voice:
My God, my God, why hast thou forsaken me?
And bowing his head he gave up the ghost.

And when he had received the vinegar, he said:
It is finished.

And he bowed his head and gave up the ghost.