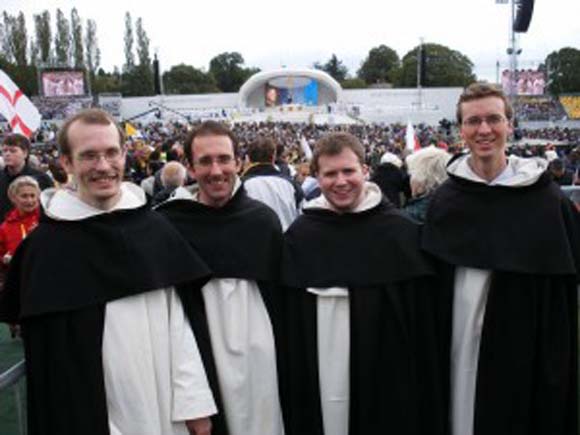 The Beatification – A Pilgrim’s Perspective

The day John Henry Newman was beatified started with a rather penitential feel. Br Nicholas and I were due to catch a bus at 3.15am from St Gregory’s Church which meant setting off at 2.30am on the 2 mile walk from the priory. The weather forecast predicted heavy rain, so we were prepared for the worst. When we arrived at Cofton Park, it was still quite dark but thousands of people were there already, some of whom had had much earlier starts than us. 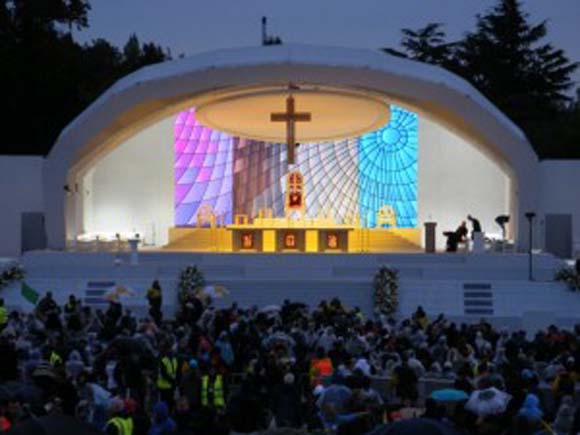 Seeing the huge lit up sanctuary in the distance helped to give a sense of the scale of the event. We managed to meet up with our two new novices, Oliver and Matthew, who had pitched up a spot with a good view. When it was light enough to see easily, we prayed the morning office which seemed to attract a surprising amount of attention from passers-by.
At 8.10am we took part in the morning worship program which was broadcast live on Radio 4. Despite the rain, there was a cheerful mood and it helped in the gradual build-up of anticipation for the Pope’s arrival. I think I might have caused a bit of bad PR for the Dominicans by inadvertently blocking the view of the people behind me with my big black and white umbrella, so I hope I didn’t upset too many people. 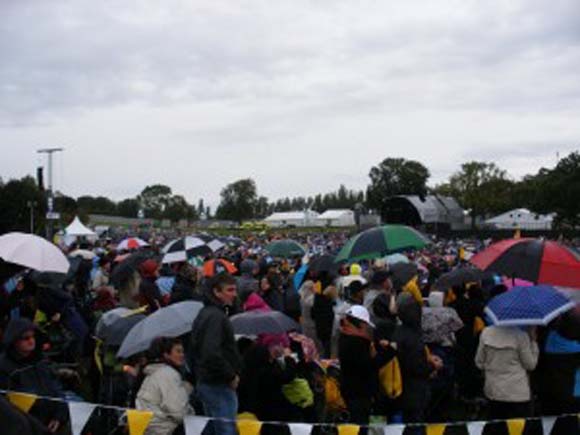 By the time the concelebrating priests processed in, the weather had brightened up. There were a number of Dominicans in the procession from the London and Leicester priories. 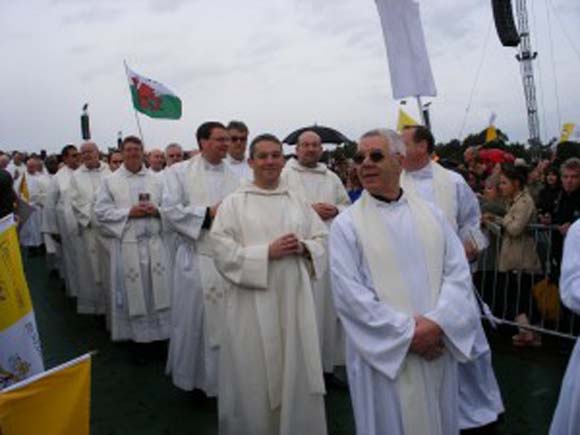 The excitement continued to build-up with cheers as the helicopter came in to land and more cheers a few minutes later when the first clear pictures of the Pope could be seen on the large screens. 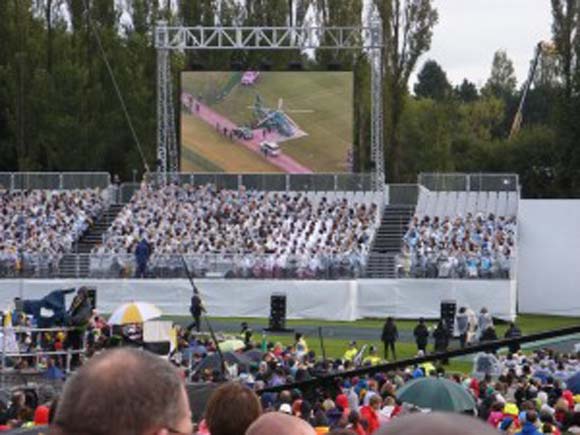 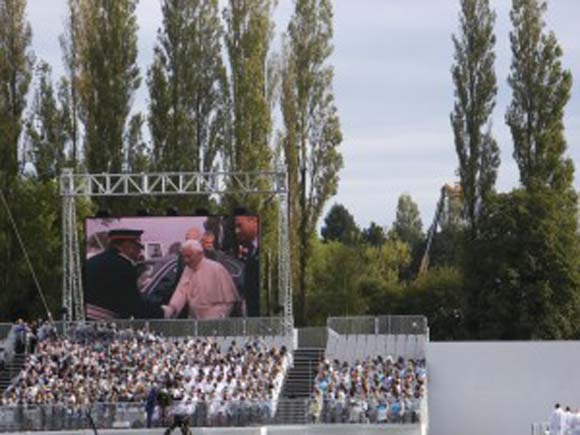 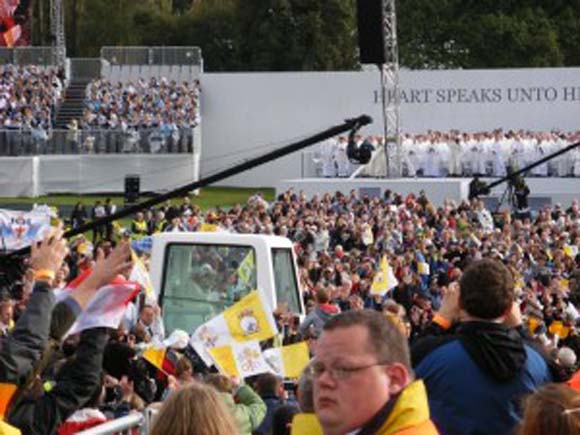 Once the Mass started, the noise of the crowd quietened to a whisper and I got a sense of the reverence people were showing for the occasion. The excellent music from the choir very much helped to set the atmosphere. Immediately after Pope Benedict concluded the prayer of beatification of John Henry Newman, there were loud cheers and applause.

As we’d been used to over the last few days, Pope Benedict gave another excellent sermon. He emphasized the teaching of Blessed John Henry Newman on prayer, how his motto “heart speaks unto heart” expresses the deep human longing to enter into communion with the heart of God, how faithfulness to prayer transforms us into the Divine likeness, how each of us has a unique mission which forms a part of God’s Divine plan. Pope Benedict also spoke on Blessed John Henry’s insights on the relationship between faith and reason, how this relationship forms the foundation of every flourishing educational environment. The way Pope Benedict talked of this endeavour in no way made the intellectual life of the Church sound exclusive, cold or cerebral, but made it sound like an essential part of a Church filled with God’s grace, how a thinking faith goes hand in hand with a loving faith. The Pope was keen to emphasize Blessed John Henry’s care for the poor, the bereaved and those in prison. So it was very clear that John Henry Newman is truly worthy to be counted among the blessed. 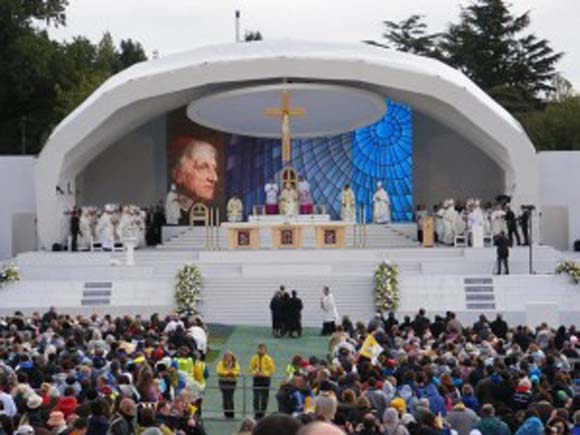 After the Mass I had a wander around the park and bumped into an EWTN crew who wanted to interview me. I was caught a bit off guard so I didn’t speak particularly coherently, but it got me thinking about what the day’s event meant for me. On reflection, I think I would say sometimes I’m tempted to believe that we live in a very godless age, but the day was a reminder that this is not true. I am living in Oxford, a city in which Newman spent a number of years of his life. I see the same sights as he saw and walk the same streets. No doubt there have been many other people who have walked these streets and lived quiet holy lives, even though they will never receive the attention that Blessed John Henry Newman has. We still live in a country in which it is possible to grow in holiness and to become blessed.