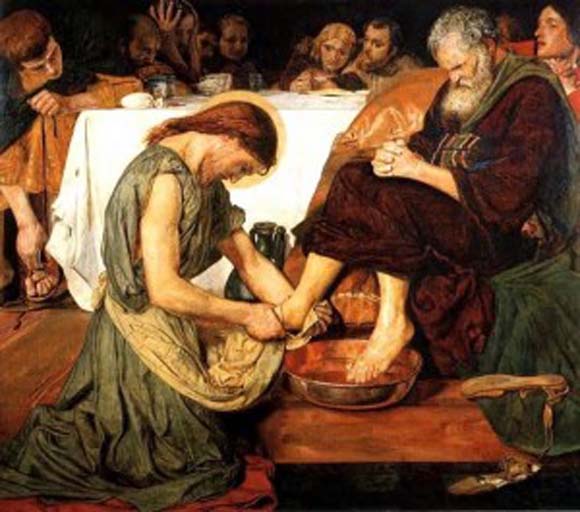 The Life of Virtue – Humility

By Graham Hunt O.P.
150
Humility – just another ‘monkish virtue’! That was British philosopher David Hume’s opinion in the eighteenth century and I would hazard that many share it now. We are told that if we want to get anywhere in life we have to ‘sell ourselves’, be forward and build ourselves up because if we don’t nobody will do it for us. As such, humility is often incorrectly seen as something which just belongs in the cloister because it degrades us unnecessarily or, just as perversely, shows itself as ‘the worst form of conceit’.

As Christians we must learn that there is a lot more to this virtue than always going around thinking, or telling others, how awful we are! St Thomas informs us that the word humility is derived from the Latin humus or that which is from the earth beneath us. Rather than grinding ourselves into the ground it would perhaps be best to begin to view humility as a virtue that allows us to see where we stand and can keep us grounded. Thomas teaches us that “the virtue of humility consists in keeping oneself within one’s own bounds, not reaching out to things above one, but submitting to one’s superior” (Summa Contra Gentiles, bk. iv, ch. iv). The superior to which we must all submit is evidently God but we must also be prepared to submit to others for God’s sake, it is therefore important that we know what true humility consists of and how to practise it.

We must firstly guard ourselves against false humility and learn to see how our talents and gifts may be viewed aright against those of others. It is not simply a matter of viewing ourselves inherently as beneath all others, “otherwise each one would have to esteem himself a greater sinner than anyone else”, as Thomas points out with characteristic bluntness (Summa theologiae II.II 161 art 3). It is important to note that we should not see our supernatural gifts, given to us by the grace of God, as being less than those others possess. Nor should we see those natural gifts we possess as necessarily being inferior to those of our neighbour. Instead we must be honest with ourselves and acknowledge when we lack a good that our neighbour may possess or exhibit an evil that they do not. We must then be humble enough to recognise this and in doing so we subject ourselves but we must be wary of outward acts of subjection as Thomas warns, “due moderation must be observed in the outward acts of humility even as of other virtues, lest they conduce to the detriment of others” (Summa theologiae II.II 161 art 3). Instead our acts should be ultimately directed to God and thus out of love and not false humility which seeks some other reward. As St Paul states, “For by the grace given me I say to every one of you: Do not think of yourself more highly than you ought, but rather think of yourself with sober judgment, in accordance with the measure of faith God has given you” (Romans 12:3).

Humility is allied to temperance in its potential part because it represses or moderates our excesses of appetite, in this case pride or vainglory. As such it is often viewed as a great spiritual foundation because it removes the obstacles to faith which we daily face. Pride is often our greatest stumbling block and without humility we cannot hope to remove its harmful influence from our spiritual lives’. We would do well to heed the words of St Peter, “All of you, clothe yourselves with humility toward one another, because, ‘God opposes the proud but gives grace to the humble’. Humble yourselves, therefore, under God’s mighty hand, that he may lift you up in due time” (1 Peter 5:5-6). For our truest example of humility we should always look toward Christ who being “found in human form, humbled himself and became obedient to the point of death – even death on a cross” (Philippians 2:8).