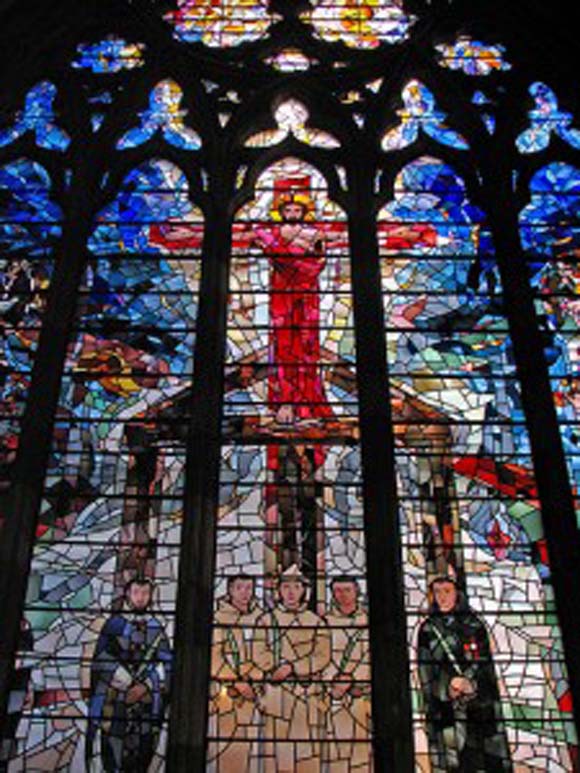 The Life of Virtue – Martyrdom

By Lawrence Lew O.P.
217
We recently celebrated the Feast of the Transfiguration (6 August), and in the Preface for that feast, the Church recalls that Christ “revealed His glory to the disciples to strengthen them for the scandal of the cross”. What we see on the occasion of the Transfiguration (see Mark 9:2-10) is a huddle of terrified disciples, not knowing how to react when they see the transfigured Jesus. But something calms them, and strengthens them. It is the admonition to listen to the voice of Jesus, who is the Father’s eternal Word. So, earlier on in the Gospel, when the Lord comes to them across the stormy waters, the disciples huddle together in fear. But the command of Jesus calms them, and stills the storm. He says: “Take heart, it is I; have no fear” (Mark 6:50).

In the same way, those disciples of Jesus who look to Jesus, and who listen to his voice, are also given the courage, or fortitude, to endure all things, even death and the scandal of the Cross. Thus, the Acts of the Apostles recounts the death of the Church’s first martyr in this way: “Full of the Holy Spirit, [Stephen] gazed into heaven and saw the glory of God, and Jesus standing at the right hand of God”, and so he endured being stoned to death. It was the Spirit who enabled St Stephen to see Christ, and it was by fixing his gaze on the Lord (an act of faith and love), that St Stephen had the fortitude to endure martyrdom for Christ’s sake.

Why does this gazing on the Lord cause one to endure martyrdom? St Thomas Aquinas explains that “charity inclines one to the act of martyrdom, as its first and chief motive cause, being the virtue commanding it”. This means that the martyr is able to endure pains and torments because he or she loves Jesus Christ above all other good things, even his or her own life. However, one might love Christ immensely, and desire to die for him (as St Peter said he would), and yet in the moment of peril, one might flee because of fear. Fear, after all, is a good and natural response, but it is an instinctive response. Fear, as St Thomas sees it, is a passion, a feeling that acts upon us. In order to counteract this instinct and to act according to what we know by the light of faith and reason to be truly good and right, we need more than just the commanding virtue of charity. We also need the virtue of fortitude which helps us to act courageously in the face of suffering and death. This virtue “regards the preparation of the mind, so that in such and such a case a person should act according to reason. And this observation would seem very much to the point in the case of martyrdom, which consists in the right endurance of sufferings unjustly inflicted”.

How do we acquire the virtue of fortitude? Through those practices and daily penances that are acts of endurance, patience, perseverance, and so on, but always with the right objective in sight, which is for the love of God and the good of our neighbour. The death endured by the martyr is thus the most perfect of heroic acts, for it is motivated by great faith and perfect charity. As St Thomas says, “endurance of death is not praiseworthy in itself, but only in so far as it is directed to some good consisting in an act of virtue, such as faith or the love of God”. Therefore, St John says: “greater love has no man than this: that he should die for his friends” (John 15:13). So, it is with one’s eyes fixed on Jesus Christ, the king of martyrs, and by listening to his voice, that one is able to bravely suffer martyrdom for his sake, and so win the crown of unending glory.