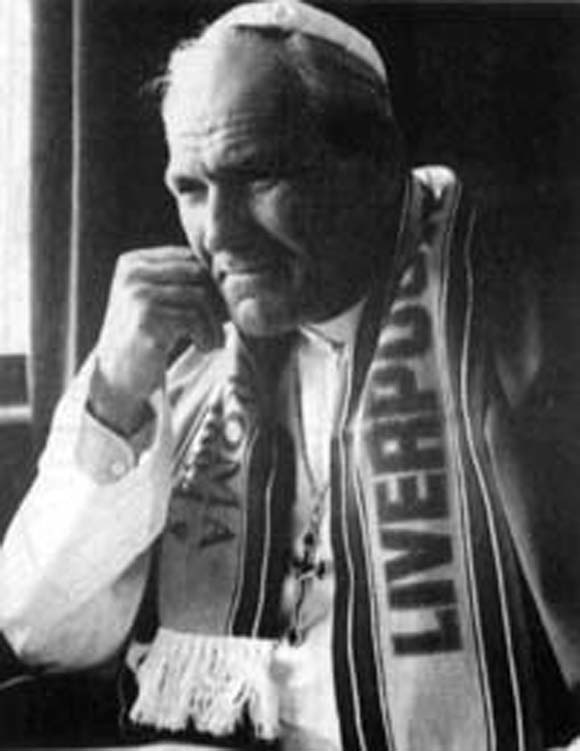 Godzdogz
Home  /  Godzdogz  /  The Life of Virtue – Virtue in Sport?

The Life of Virtue – Virtue in Sport?

John Paul II, a handy goalkeeper in his youth, often lauded the positive aspects of sport:

The correct practice of sport must be accompanied by the virtues of temperance and sacrifice; frequently it also requires a good team spirit, respectful attitudes, the appreciation of the qualities of others, honesty in the game and humility to recognize one’s own limitations. In short, sports, especially in less competitive forms, foster festive celebration and friendly coexistence. While playing sports Christians also find help in developing the cardinal virtues — fortitude, temperance, prudence and justice.

In modern professional sports it seems very few of these virtues are evident. This has been symbolised this summer by the investigation into the fake blood injury scandal during Harlequins’ Heineken Cup tie against Leinster. A player, aided by the club physio, faked a blood injury with a blood-capsule to allow a specialist kicker come onto the field in his place. This has of course damaged the traditional image of rugby football as the game for ruffians played by gentlemen but has also been seen as the embodiment of the lack of sportsmanship, ethics and virtue in professional sport.

In the traditional association football season curtain opener, the Community Shield, the victorious Chelsea team (although Manchester United are no angels) seemed to be lacking virtue. Michael Ballack’s off-the-ball challenge or “blocking” of United’s Evra and the Chelsea team’s failure to kick the ball out, after Evra went down, resulted in the west London team scoring a crucial goal. The fact that Ballack was “happy” that the referee did not blow for a foul but would have been “ok” if he had, suggests a less than virtuous motive for his use of the elbow.

Even cricket has suffered to some extent. The brilliant Ashes series between England and Australia has been overall a good example of sportsmanship but at times has been marred by 12th men and overzealous physios and the pragmatic slow over-rate that is all too common in test cricket in the modern era.

Professional sport especially at the highest level is now an industry. Major matches have become events worth millions not only to the teams, clubs and players, but also to sponsors and the media. It is understandable that teams and players feel the need to win at any cost. This does not make it right. Winning is important but how you win is more important. It was therefore refreshing to hear Arsene Wenger, the Arsenal manger state this in a rare interview this summer. Monsieur Wenger stated that football is an art. In the course of his interview, The Professor, as he is affectionately known among the Ashburton Grove faithful, echoed St. Thomas Aquinas. The Angelic Doctor defined art as:

… simply a right method of doing things. The test of the artist does not lie in the will with which he goes to work, but in the excellence of the work which he produces.

Wenger is mainly talking about the technical way a team plays the game and anyone who has watched the Arsenal teams he has built will not deny that they play some of the most beautiful and attractive football in England if not the world, but sportsmanship and fair play have a part in this. He admits he has had moments of selective blindness when his players act in unacceptable ways but he sees these moments of so-called pragmatism as damaging to the “canvas” he is creating. Sport, when performed properly, can have a moral aspect.

There are moments of inspirational sportsmanship in modern sports. Robbie Fowler purposely missing a penalty he did not deserve in 1996; Andrew Flintoff consoling Shane Warne after Australia lost the ashes in 2005; the atmosphere at a London Irish St. Patrick’s weekend match. Sadly these are the exceptions to the rule. The bad influence of elite athletes trickles down to the amateur and junior levels. Some of my worst sporting experiences have been playing in amateur rugby matches! This is such a shame, as sport really is a practice ground for the development and strengthening of virtue. If there is not a change in the mentality of those at the top this will not be the case for much longer.