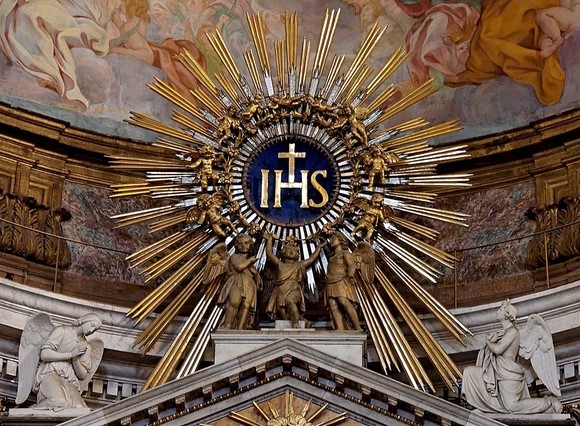 Godzdogz
Home  /  Godzdogz  /  The Most Holy Name of Jesus

The Most Holy Name of Jesus

By Br Gabriel Theis, O.P. | The Feast of the Most Holy Name of Jesus, which the Church celebrates on the 3rd January, leads us into the depths of Christianity and the mystery of the Incarnation.

Names are an indispensable part of human life. We cannot exist without this simple array of sounds by which we and other people refer to ourselves. Scripture shows its deep wisdom by reminding us of two simple truths about names: (1) God knows every one of us by our name: “I have called you by name, you are mine” (Is 43:1); this is why every Christian receives his or her Baptism in combination with a name, by which God refers to him or her. (2) Names are something holy because they mysteriously contain the essence of the person they refer to; this is why Israel and Judaism treat God’s own name, which is revealed to Moses in Ex 3:14, with the utmost respect, and even refrain from speaking it aloud.

While this revelation of God’s own name – and thereby His essence of being – already goes beyond every concept of religion, the incarnation of the Divine Word which we celebrate in Christmastide takes it a step further. By becoming a human being, God not only took a human name, but also showed us how to be truly human – i.e. by following in His footsteps, by imitating (if that is possible) His attitude and approach towards life on earth. The revelation of God’s inner life which begun in the disclosure of His name to Moses is deepened and mystified: God’s essence becomes even clearer to us, but also more mysterious – while it makes perfect sense that we refer to His son with the name “Jesus” which has become so familiar to us, it is even more impossible to understand how our limited language can have a word that refers to God as He approached us in His incarnation, “full of grace and truth” (Joh 1:14), “in whom are hidden all the treasures of wisdom and knowledge” (Col 2:3).

But what significance should we attribute to this name in itself? St Matthew’s Gospel explains that the son of Mary should be named ‘Jesus’ “for he will save his people from their sins” (Mt 1:21); after all, the Hebrew ישוע ‎ can be translated into “YHWH saves” or “is salvation”. Fr Richard Ounsworth, O.P., a biblical scholar and lecturer here at Blackfriars, wrote his doctoral thesis on the importance that the New Testament, and particularly the Letter to the Hebrews, attribute to Jesus’ name. He explained to me that the name ‘Jesus’ reminds Jewish readers of various persons of the same name in the Old Testament, particularly Joshua, the successor of Moses who lead Israel to its settlement in the Holy Land, and Joshua the High Priest and co-leader of the Jews after their return from Babylon. The first Joshua prefigures Jesus in two important aspects: He receives his name for the purpose of leading the people to the promised land, thereby fulfilling the promise given to his predecessor Moses who failed by not believing in God (Num 13:16); Jesus is chosen as the new Moses to lead humanity into heaven. The second Joshua is contained in a vision of the prophet Zechariah: He enters into heaven, but has to be cleansed of sins before he can enter; Jesus, however, cleanses humanity by His incarnation and passion, thereby allowing all human beings to enter into heaven.

It is not surprising that Christian thought and prayer has struggled to grasp this deep mystery ever since: The Most Holy Name of Jesus is at the centre of many of our prayers – e.g. the Eastern Jesus prayer, but also in the typically Catholic prayer of the Hail Mary or the rosary. In the middle ages a consciousness arose for the necessity of the devotion to the Most Holy Name of Jesus; Pope Gregory X entrusted the Order of Preacher with its promotion in 1274. Many Dominican preachers spread this new aspect of Christian spirituality among the people, e.g. the German friar Henry Suso. Since the 17th century, our Order has celebrated the Most Holy Name of Jesus as a proper feast. Our devotion to this name remains manifold: We live our vocation as Dominicans as a close and personal friendship with Jesus, in whom we recognise God’s final Revelation to humanity; we contemplate His life as reflected in the Word of Holy Scripture; and we preach this name to all of humankind, confident that “there is no other name under heaven given among mortals by which we must be saved” (Acts 4:12), “so that at the name of Jesus every knee should bend, in heaven and on earth and under the earth, and every tongue should confess that Jesus Christ is Lord, to the glory of God the Father” (Phil 2:10–11).

If you want to know more about Fr Richard Ounsworth’s findings, listen to this talk he gave at the Graduate Christian Forum of Oxford University. 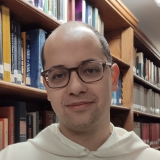