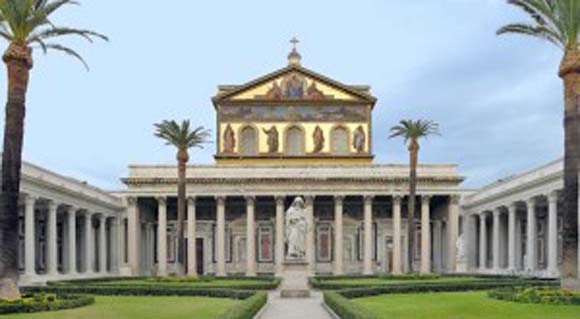 Our first series was an ‘A-Z of Paul’, a dictionary of key terms from Paul’s letters (from ‘A for Apostleship’ to ‘Z for Zeal’) with an explanation of the meaning of each term. Not surprisingly, there were 26 posts in this series.
The annual ‘province day’ of the English Dominicans held in December 2008 was devoted to Saint Paul and we published a report on the events of that day.
After Christmas we offered a series of 13 reflections called ‘On the Areopagus’, in which we tried to imitate Paul by bringing the preaching of the gospel to bear on aspects of contemporary society and culture.
Our final contribution was a series of 23 posts on ministries, charisms and fruits as another way of bringing out the rich spiritual and theological content of Paul’s letters. These considered first the texts in which Paul lists the ministries required by the Church, then the texts in which he speaks about charismatic gifts of the Spirit, and finally the text of Galatians 5 in which he contrasts the fruits of the Spirit with the works of the flesh.
All told Godzdogz published 68 posts in honour of the year of Paul – 69 if you count this one! You will find them by clicking on either ‘pauline year’ or ‘areopagus’ in the list of labels on the right hand side of the blog. We hope our readers will visit them from time to time and, please God, continue to benefit from the compendium of Pauline theology that we have put together through the course of the year.