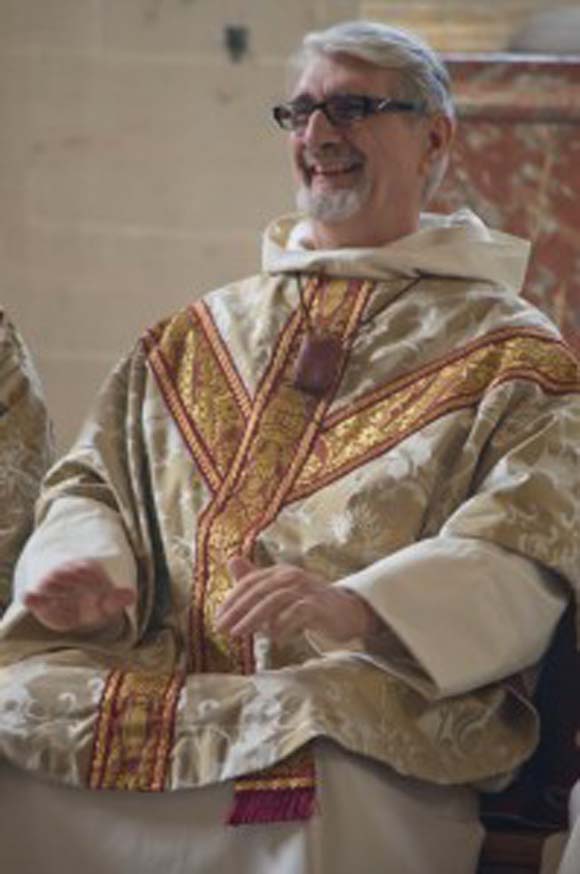 The Year of the Priest – Celebrating a Golden Jubilee

A Golden Jubilee is always an occasion of thanksgiving and celebration, and in this Year for Priests, it is especially significant. fr Austin Milner OP, who served for over thirty years in the Caribbean, now lives and teaches in Blackfriars. On 24 April 2010, he celebrated a Mass of Thanksgiving in Oxford on the occasion of the 50th anniversary of his priestly ordination. The liturgy, which is fr Austin’s area of expertise, was marked by beautiful music and noble simplicity of celebration. The music was almost entirely composed by the late Anthony Milner, fr Austin’s brother, and sung by musicians who take part each year in Spode Music Week.

fr David Sanders OP preached a sermon enlivened with anecdotes from fr Austin’s experience of ministry: it was certainly a sermon that inspired us Dominicans students training for priestly ministry.

During the Mass, a collection was taken up for the victims of the recent Haiti earthquake. Afterwards fr Austin’s friends and family gathered in the Priory for a simple reception hosted by the Dominican brethren. Below are more photos from the day, as well as a reflection by fr Austin himself. 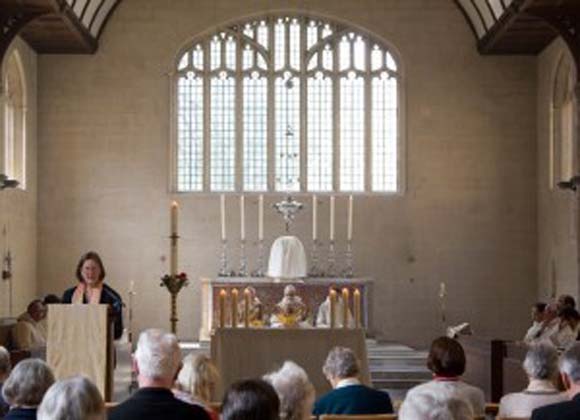 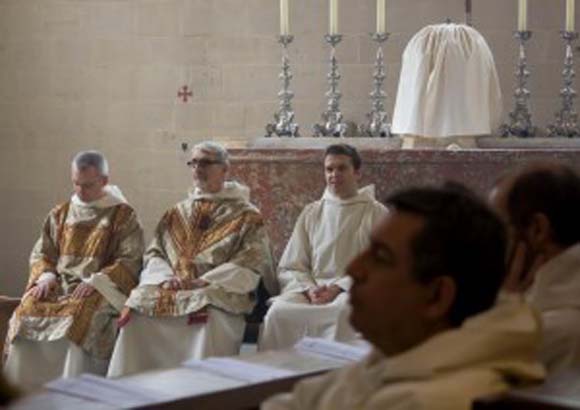 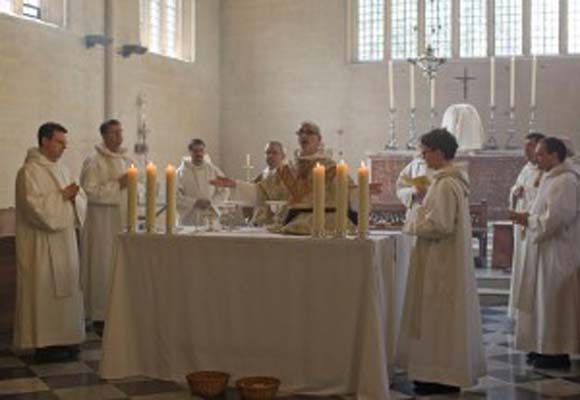 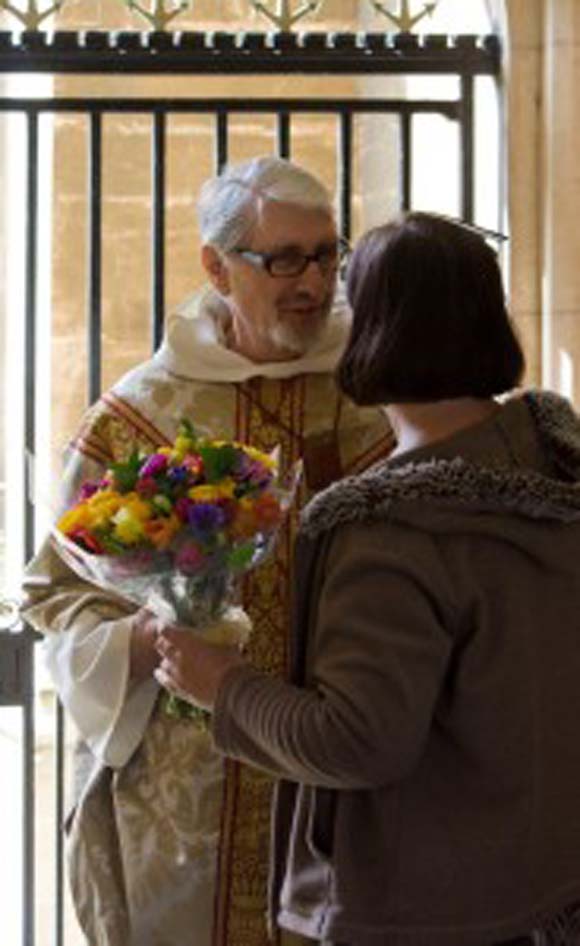 The life of a Dominican priest is by necessity very different from that of a secular priest in so far as it does not usually consist in being a pastor. St Dominic decided that his followers should be clerics primarily so that they would have the authority to preach and to hear confessions. The fifty years of my life as a priest have been spent mainly in teaching in seminaries and preparing young men for ordination as diocesan priests and Dominican friars.

At the same time I have acted as pastor of many parishes, sometimes full time, sometimes being there only at weekends. I have enjoyed that work, especially the effort to reach people who did not often go to church, and helping those reduced to poverty or rendered homeless through hurricanes. The work of evangelization often begins by forming personal relations with individuals and showing them the love of God.

The task of preaching the gospel message in our time has been my main preoccupation, whether in my preaching or in my pastoral work. After fifty years I still feel that I know very little about it. I have always tried to preach solid sermons and worked hard at them, but often my most successful preaching has been on those occasions when I have had no time to prepare and have just prayed to the Holy Spirit for guidance, relying on the study and contemplation that has gone before. In fact I have always found that prayer was the most important element in preparing to preach.

Ordained in 1960 most of my priestly life has been dominated by the Second Vatican Council and the implication of its decrees. I have witnessed the tremendous effect on people of being able to take part actively in the celebration of the liturgy in their own language, the way they have grown spiritually through the new emphasis on reading the Bible, and seeing how many have been able through these means to form a close relationship with Christ. Particularly interesting has been participation in various lay movements and helping the laity to serve their church communities and minister in various ways. The training of mature Christian men for the diaconate has been for me a great privilege and a great learning experience. In my old age, returning to the narrowness and pettiness of the ecclesiastical disputes of England and Europe, I am greatly saddened by the neo-ultramontanism and all the various attempts to put the clock back and undo the wonderful work made possible by the Second Vatican Council.
I deeply regret that in my fifty years of priesthood I have wasted so much time and missed so many opportunities of allowing the Lord to mould me as he wishes. Many people may have been harmed by my blindness, indifference and sinfulness and whatever good may have come of my ministry has all been the Lord’s work.
Austin Milner OP 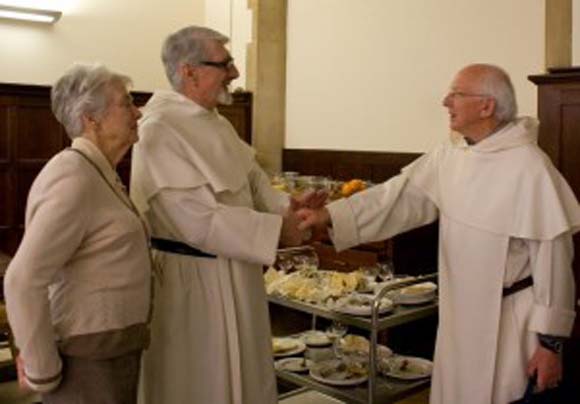 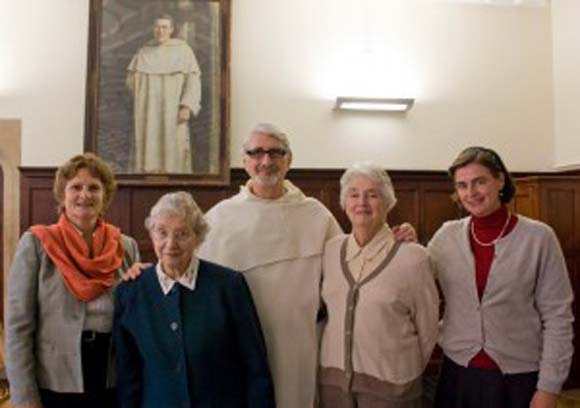 fr Austin with his sisters and niece, who came from Ireland and Spain for the celebration

Categories:
Vocations, Year of the Priest