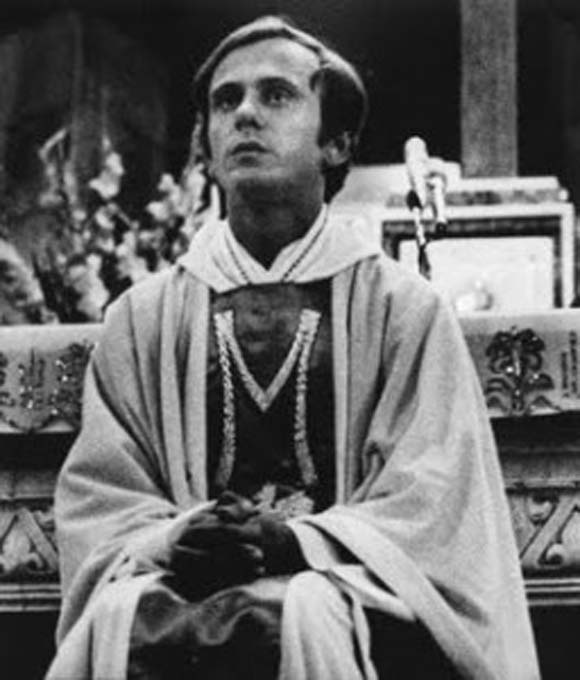 The Year of the Priest – Father Jerzy Popiełuszko

By Mark Davoren O.P.
235
It was announced recently that Fr Jerzy Popieluszko is to be beatified in Warsaw on 6th June. We re-publish here a post on him from our series for the year of the priest. It was first published in October 2009.

On the 19th of October 1984, three officers of the Polish Security Service of the Ministry of Internal Affairs or the Służba Bezpieczeństwa, pulled over the car of a thirty-seven year old priest. They bundled him into the boot of their unmarked car and drove to the dam near Wloclawek. They then savagely beat the priest until he was unconscious and drowned him in the river.
The murdered priest was Jerzy Popiełuszko. He had been born into a farming family in the harsh conditions of post-war Poland, under the jackboot of Communism and Stalin’s USSR. He was ordained to the priesthood in 1972 and began to work with children and youths.
In 1978 Karol Wojtyła was elected Pope taking the name John Paul II. This had an electrifying effect on the Polish people. Even under communist rule Poland had been one of the most devout nations in Europe but the election of John Paul II and his call for his countrymen to create an “alternative Poland” galvanized the nation. Fr. Popiełuszko heeded the Holy Father’s call. He started to support the strikers of the independent trade union Solidarity. He said Masses at the picket lines, heard confessions and organised ‘workers schools’ for the strikers. When martial law was declared in 1981, Popiełuszko helped those persecuted by the regime, providing food and sanctuary when he could.
During this period the Church was the only group that could openly challenge the state. Fr. Popiełuszko became one of its greatest weapons. From 1982 he began to preach homilies that interwove spiritual exhortations with political messages, criticizing the Communist system and motivating people to protest. Popieluszko’s preaching was a thorn in the government’s flesh,especially as they were broadcast on Radio Free Europe He pointed out social injustice and became the “conscience of the people”. For a Poland assailed by social unrest, he saw redemption in the words of St. Paul: “Conquer the bad through the good.” 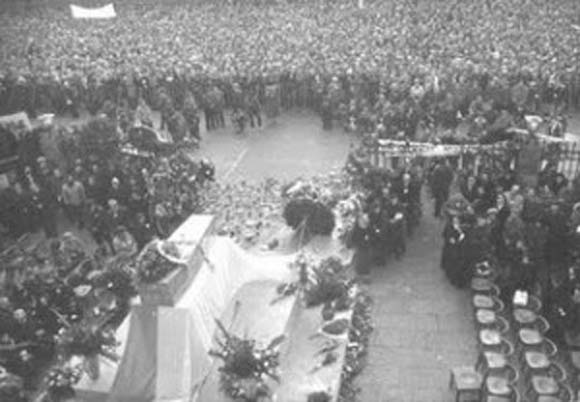 The communists tried to intimidate this inconvenient priest: break-ins, shadowing, damage of private goods, bombs, a false trial, numerous arrests, and finally car accidents but he refused to be silenced because he believed that he had a duty as a Christian and as a priest to proclaim the truth. The only way they could silence him was to take his life.
His funeral attracted thousands of mourners who were convinced that they were “witnesses of the sacrifice of a priest who gave his life for the truth.” Communism would cling on in Poland for another five years but the witness and example of Jerzy Popiełuszko would inspire many to rise up against the regime.

Categories:
Saints, Year of the Priest