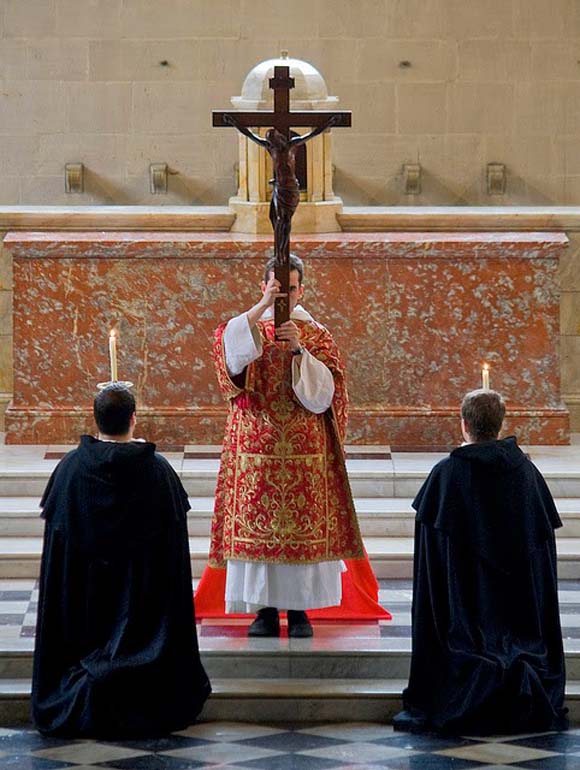 Godzdogz
Home  /  Godzdogz  /  Thursday of the 5th Week of Lent: The true Temple

Thursday of the 5th Week of Lent: The true Temple

By Nicholas Crowe O.P.
78
In today’s Gospel we find Jesus preaching in the Temple. Now not only was the Temple the heart of the Jewish religion of the period, it was also understood in the Jewish imagination to be the centre of the universe because it was the place where God had made his home on Earth. We can think of the Temple, then, as the point in which the moral, judicial, and liturgical dimensions of the Law of Moses intersect. The moral and judicial precepts instructed Israel on how to live in holiness and justice. The liturgical precepts offered Israel a way of undoing the sin and disobedience of humanity from our first parents onwards through the sacrifices, prayers, and thanksgiving of the Temple liturgy. Through the God-given precepts of the Law of Moses, then, Israel is made able to live with God and the point of contact between God and humanity is the Temple.

Yet this undoing of sin that the Temple liturgy represents is incomplete. Whilst the Law of Moses draws those who keep it into a certain kind of life with God, neither this Law nor the Temple liturgy was able to overcome humanity’s fundamental alienation from God which is manifested in death. Now as John makes clear to his readers in his Gospel, this is because the Temple itself is only a sign or a figure of the true reconciliation between God and Man that will take place in the person of Jesus, the Word of God made flesh (John 1:14). Jesus is the true Temple, his humanity is the true place of grace, the true place of contact between God and humanity (John 2:19-21).

In our Gospel reading, Jesus the true Temple declares, whilst standing in the Temple in Jerusalem which is itself a figure or a metaphor of his Incarnation, ‘whoever keeps my word will never see death’ (John 8:51). Those who keep the Word-made-flesh – those who hold on to Jesus – will live forever in friendship with God and friendship with the rest of humanity, because Jesus is God. The Law of Moses did not bring fullness of life because it was not a full share in the eternal and infinite life of God. In contrast, those who keep the Word made flesh enter into the true Temple and themselves become part of that Temple, members of Christ, ‘living stones build up into a spiritual house’ (1 Peter 2:5) which will stand for ever and ever.