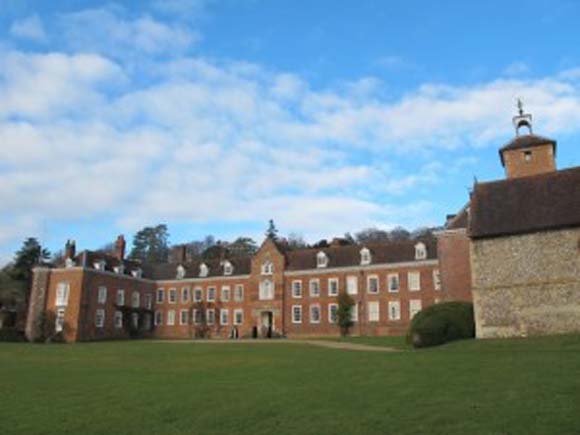 On December 1st the Dominican Students visited Stonor Park, nestled in the Chilterns, near Henley in South Oxfordshire. It is the ancestral home of the Stonor Family and it dates back, in part, to the 13th century. Our very generous and lovely hosts were Lord and Lady Camoys, the current owners. The house and its beautiful setting are well worth visiting for purely cultural reasons, but we had additional religious reasons for making a visit. The Stonor family was a recusant family in the period of the Reformation and in difficult centuries for Catholics that followed. Stonor Park was a Mass centre, and thus nourished the faith of many people in the area. Between 1716 and 1756 John Talbot Stonor, Vicar Apostolic of the Midland District, used it as his headquarters.
But probably the most famous Catholic linked with Stonor Park is St Edmund Campion, the Jesuit Martyr of the reformation period on whose feast day we visited. Edmund Campion and Robert Persons spent several months based there in 1581. He had his printing press set up here, and several hundred copies of his ‘Ten Reasons’ (in defence of the Catholic Faith) were printed here and distributed from here. The house was raided after his capture and the family punished. 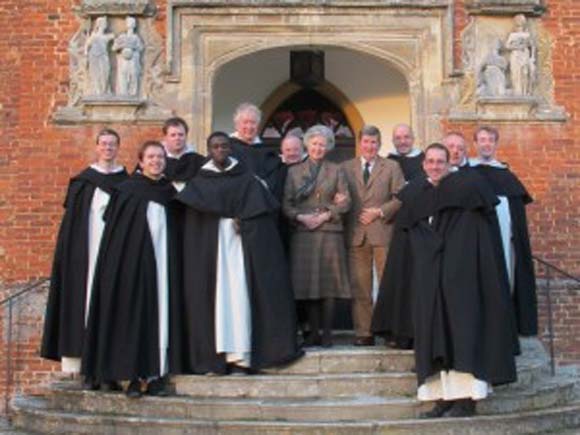 After a very interesting tour, we celebrated Mass of St Edmund Campion, on his feast day, in the very ancient chapel, being exhorted by the celebrant Timothy Radcliffe (a relative of the Stonor family) to build up our courage by our responses to the small challenges that come our way so that we would be found equipped and ready for more heroic witness, like Campion, if it should come our way. Lord and Lady Camoys then hosted us for a wonderful lunch. It was for all of us a special way to mark the feast of one of the foremost preachers of the gospel in this land. May St Edmund by his prayers, grace us with eloquence and courage in witnessing to the faith we share with him and so many who have gone before us.