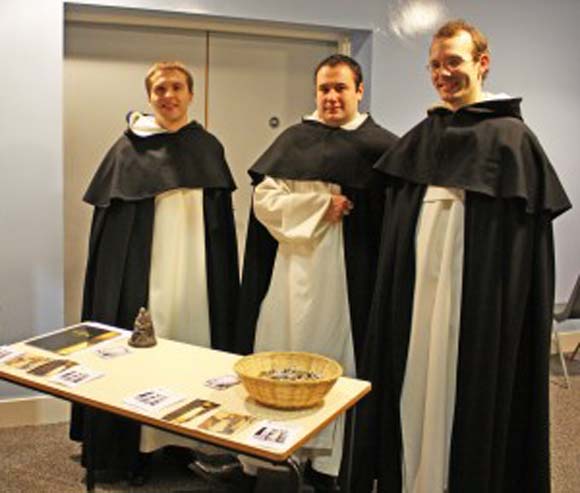 On 21 January, Dominican students from Blackfriars, Oxford took part in a Vocations Fair organised by St Gregory the Great school. Over a dozen religious orders and congregations including the Dominican Sisters of St Joseph were represented in the school hall. Small groups of secondary school students moved from one stall to another in successive 3-minute periods, where they were given a short introduction to the particular religious order and its charism. 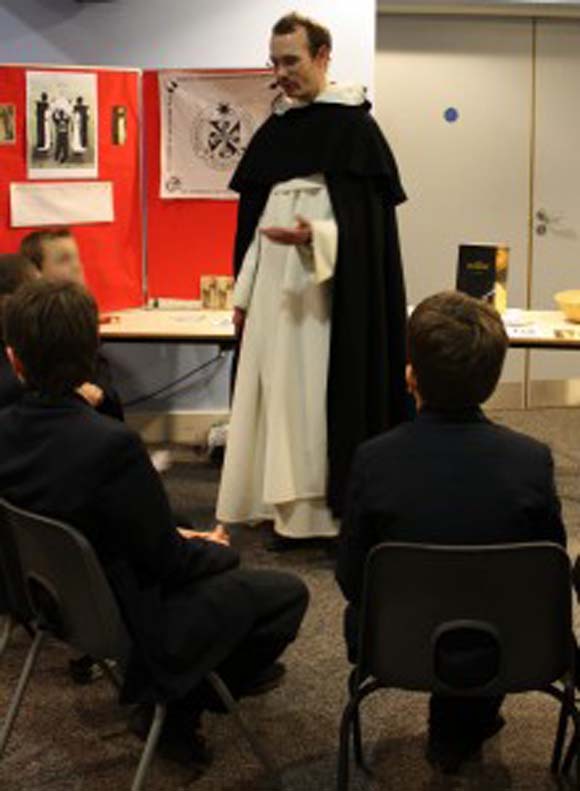 The children asked us a range of questions from the usual ‘Why did you choose to be a Dominican?’, to the more thought-provoking: ‘How do you know the devil exists?’. Many were also interested in the Dominican habit and its use. 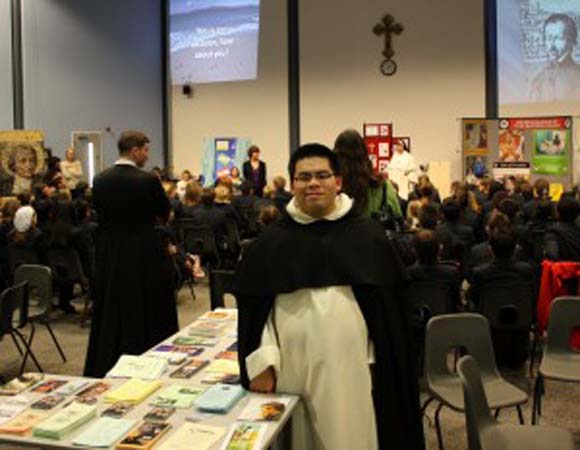 The school has had three days of promoting the vocation to priesthood and the religious life this week, and the Vocations Fair was the final event. It was a tiring but stimulating day, and it was a delight to meet the children as well as other religious from the Birmingham archdiocese and further afield.