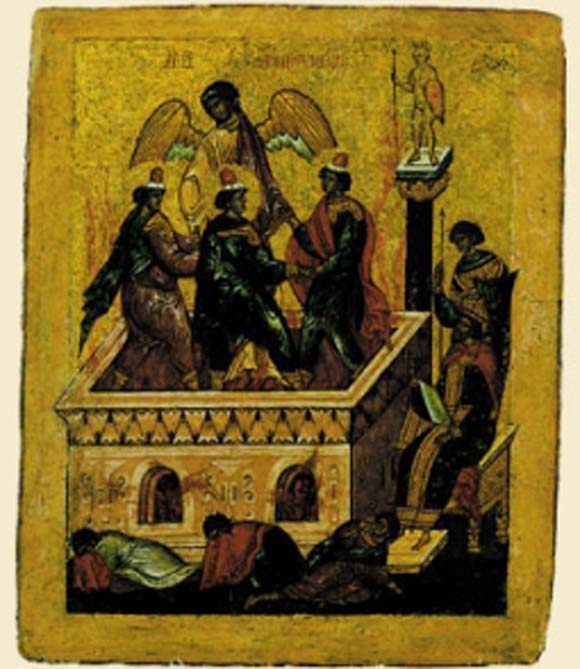 Wednesday of the Fifth Week of Lent: Strange Gods and Modern Idols

In today’s first reading we can admire the fidelity and integrity of Shadrach, Meshach and Abednego, who refuse to submit to King Nebuchadnezzar’s command that they worship the golden statue that he had erected. Clearly their example is one that we should follow if confronted with the same circumstances, even when threatened with being burned to death as they were. We may think of the Christians who are being persecuted for our Faith each day, and perhaps this Lent we might think how we can help them more. Giving to charities like Aid to the Church in Need is one straightforward way in which we can show some solidarity with our fellow Christians. We might also do well to learn more about the grievous persecution of so many Christians in a world which seemingly holds out tolerance as its chief value. Titles such as John Allen’s The Global War on Christians and Rupert Shortt’s Christianophobia: A Faith Under Attack draw much-needed attention to the inconvenient truth which much of the secular press ignores. However, what at first sight we don’t really need to concern ourselves with is worship of a golden statue because that sort of thing does not happen in the 21stcentury.
This casual dismissal of idolatry as a present concern is exactly what Elizabeth Scalia warns against in her excellent book Strange Gods: Unmasking the Idols of Everyday Life. She forcefully argues that whilst our present day idols are much less obvious, alarmingly, they are much “less distant and more ingrained in us”. The golden statue acted as a reflector of the ego of King Nebuchadnezzar, similarly the golden calf of the Jews in Exodus, and today’s modern idols do much the same.
Scalia writes that our modern idols begin with ideas and that “from there we shape them in the psyche, grow them in the ego, and then engage with them intimately, throughout our lives, in our families, our culture, our entertainments, and our political discourse. We create idols out of norms of behaviour, our material possessions, and social status. We even create them out of faith.” 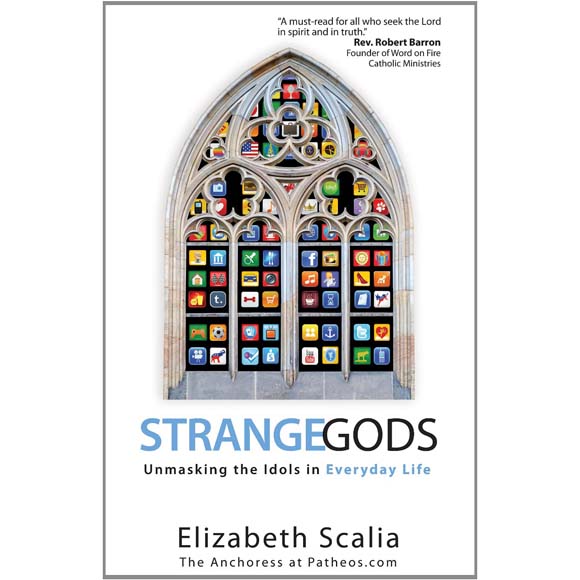 One fascinating example of seeing our reflection in the idols we construct is found by Scalia in the great polarisation at the US 2008 elections. There were those who self-identified as “urbane, sophisticated, polished, and well-educated” that saw themselves in Barack Obama. At the other end of the spectrum were those who identified as “plain-speaking, hard-working, up from the middle classes” who saw themselves in Sarah Palin. In each case the idolisers were hyper-sensitive to any criticism of their preferred politician. Beyond any sane degree to be found in reality, they had allowed that candidate to represent them entirely and any criticism of the idol was thus viewed as personal to them.
Closer to home we might do well to think about how we speak about Pope Francis and Pope Benedict. There are vocal parties in the Church; some of whom hung on every word from Pope Benedict and now wish to underplay the role of the papacy, and there are those who had no time for anything that Pope Benedict sought to do, but who are now fawning over Pope Francis’s every gesture. We must be careful that we do not start ascribing greatness to people on the grounds that they happened to agree with us and creating a false dichotomy between the two Popes in the process. Perhaps our ascribing greatness should be more dependent on the degree to which either is able to encourage us to act with less self-interest and more faith in the manner of Shadrach, Meshach and Abednego?