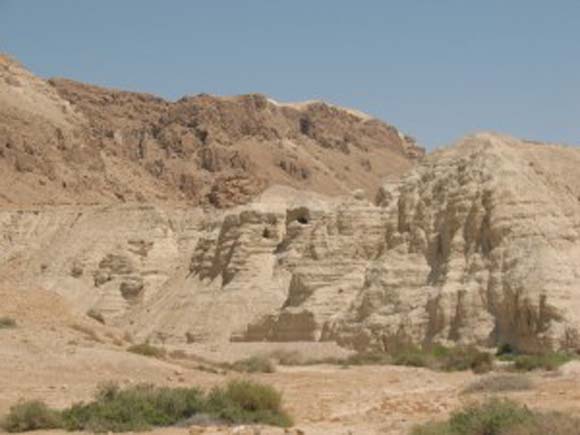 By Godzdogz Team
17
Readings: Isaiah 45:6-8, 18, 21-26; Psalm 84; Luke 7:19-23
The public ministry of Jesus begins ‘from the baptism of John’ (Acts 1:22) whose appearance in the wilderness of Judea, preaching and baptising, marks the fulfilment of a number of biblical prophecies. John the Baptist is ‘a voice crying in the wilderness’. This was a phrase used in Isaiah 40 for the one who announces the return of the people from exile in Babylon. That return meant a fresh beginning, an end to the alienation between God and his people, and the establishment of a new covenant between them. The end of the exile, their redemption from Babylon, was of crucial importance for the people of Israel as it made concrete God’s continuing care of them.
For the prophets the forty years Israel spent wandering in the wilderness was the honeymoon of her relationship with God, an idyllic period of young love, innocent and loyal. So renewal and new beginnings in the relationship between God and his people are associated with the wilderness. The wilderness is the place to look for signs that new things might be about to happen. The first sign that the exile in Babylon was ending was Isaiah’s ‘voice crying in the wilderness’. The first sign that Jesus, the Messiah, was about to begin his mission was the voice of John crying in the wilderness and proclaiming ‘repent, for the kingdom of heaven is close at hand’.
A second strand of Old Testament expectation focused on the prophet Elijah and is also fulfilled in the person and mission of John the Baptist. The biblical tradition is that Elijah did not die but was swept up to heaven in a fiery chariot. In some Jewish circles there was a belief that before the final visitation of God, Elijah would return to warn the people that this ‘great and terrible day’ was about to dawn. This prophetic tradition gives voice to a passionate desire for justice, the hope that God will come as judge to set right all that has been distorted by injustice, cruelty, oppression and wickedness. Is there any redress for all the cruelty and violence that people suffer? To whom can the poor of the earth turn for help, truth, and justice if they cannot turn to God?
Jesus begins his preaching with the same message, ‘repent, for the kingdom of heaven is close at hand’. But, in the mouth of Jesus, these words have greater depth and power. John points to the one who is to come but Jesus is that one. John warns people of the imminence of the kingdom but Jesus is its presence. John baptises with water for repentance but Jesus baptises in the Holy Spirit and fire for new life, new creation. What is promised in the words of the Baptist is realised in the words, actions, teaching, passion, death and resurrection of Jesus.
In Jesus the prophecies are fulfilled, as always, in unexpected ways. Who would have thought that God would engage with injustice, oppression and violence by allowing his Son to become the innocent victim of injustice, oppression and violence? Who would have thought that the blossoming of new life in the wilderness of human hearts would be more radical and more demanding than planting vegetation in a desert? Who would have thought that love could be more demanding than justice? Who would have thought that our judge would first be our saviour? Yet all this is true in the kingdom established by Jesus Christ.
John the Baptist prepares the way of the Lord. He is not only the greatest of the prophets but the greatest of human beings according to Jesus. He prepares the way, and points to Jesus, not just with his finger and with his voice, but in his preaching and his missionary work, in his suffering and in his death. In the career of John the Baptist we see already the pattern of Jesus’s own life, mission, suffering and death. And yet the least of those who believe in Jesus have access to something greater, Jesus says. Our hold on it may be weak and often tested (as was the faith of the Baptist and the trust of Jesus) but even the tiniest flicker of faith gives us purchase on a wonderful reality: the presence of God among us in Jesus Christ, our saviour and our judge.
Categories:
Advent