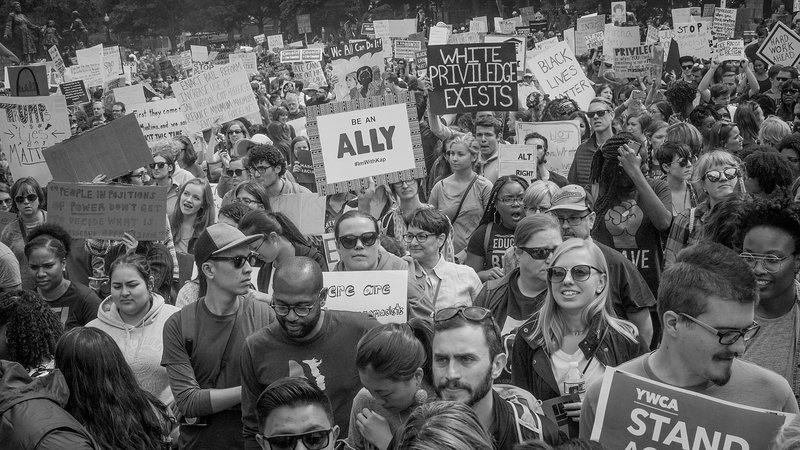 Godzdogz
Home  /  Godzdogz  /  What has racism got to do with me?

What has racism got to do with me?

By Br John Bernard Church, O.P | Talking about racism is difficult, because it is unavoidably personal and quickly creates charged conversations. But these have to be had, and it seems a bit of theology might help get things going.

Why is it so difficult to talk about racism? The fate of statues and incidents of violence seem to dominate much of the conversation surrounding the recent protests. Once you add the context of a global pandemic and three months of lockdown a whole range of controversial issues draw attention away from having the conversation that really matters.

It’s an awkward conversation, not least because it is so highly charged. And it’s not that the other topics aren’t important to discuss, but we mustn’t avoid the difficult one.

To some what I intend to say will all be incredibly obvious, but to many others, myself included, asking the right questions doesn’t come naturally. And it seems a bit of theology might help get that conversation going.

To begin with, for those who haven’t scrolled down to the bio at the bottom of this piece, I’ll just point out that I’m white. I have a white racial identity. And here begins the awkwardness, both for me and no doubt many reading this. As a white person, I’m very unaccustomed to talking about myself as having a racial identity: the colour of my skin doesn’t consciously shape my day-to-day.

And being white is not a neutral fact about me. Put in the context of my almost entirely white upbringing and social surroundings, both past and present, the positions of authority I directly experience and the role models I am presented with, it undeniably shapes who I am. Thus understanding what it means to experience the world as a white person in the UK today is a necessary step for me to understand racism, and understand the experiences of those who aren’t white.

This is why talking about race is difficult. As obvious as it is that racism exists, even at an explicit and grave level, it is easy to think it doesn’t directly concern me: I can rest content that I’m a good person, I have black friends, I love everyone the same, and so on. It’s the usual list of reactionary responses. I’m not bigoted, or ignorant, or prejudiced, I’m completely horrified at the treatment of George Floyd and Ahmaud Arbery and others, therefore I can’t be racist.

But this sets up a false dichotomy. To assume only a bad person can be racist is to forget that our moral character is made up of far more than our conscious states. It includes the unconscious as well. Our inclinations are conditioned by factors not of our choosing, by our genetics, our upbringing, our culture, as well as by conscious choice and informed decision. A throwaway generalisation or an instinctive assumption is the product of a character formed by both the conscious and the unconscious.

And this is where structural racism comes in, the systems which perpetuate racial group inequity. A society that has evolved out of a history which has affirmed the superiority of white people, that has benefitted from colonialism and slavery, is going to have inherited systems and institutions that are racially prejudiced. Growing up in such a society, immersed in its systems and unaware of its problems, a character will be conditioned by its structures.

But again the instinct is to say that, even if I’m willing to acknowledge the fact of structural racism, it’s not something I participate in. Society has its flaws, but I’m a good person and I’m not racist.

It can perhaps be an especially difficult subject among people of faith, the Baptised who have opened their hearts to the work of sanctifying grace. Surely a life that is entirely Christ-centred leaves no room for racism? Well, yes, of course it doesn’t. But that is exactly why this question should make the reality a lot clearer for us, because we know what is meant by original sin.

Original sin, the primeval sin of disobedience, is not a ‘something’ that is transmitted, but a state we contract. It’s not a sin we personally commit, but the internal disharmony, the lack of original justice, that marks our nature. It may not be of our choosing, but we are naturally inclined towards sin.

And this sin is not merely personal, it is not just individuals who are marked by these wounds. As the Catechism puts it, sins “give rise to social situations and institutions that are contrary to the divine goodness”, generating “structures of sin”. Society fosters collective habits or characteristics that incline its members towards ignorance or selfishness or prejudice. Let’s be clear: structural racism has its root in original sin.

This is why the fight against racial discrimination is at an initial level a spiritual one. Just as the first stage in the spiritual life is knowing I am a sinner in need of God’s love, and central to an examination of conscience is asking how I consciously or subconsciously participate in structures of sin, so it is true of structural racism: I have to ask myself difficult questions about inherited biases. Avoiding those questions, not seeking to be informed on the issue, or dismissing unfamiliar voices or points of view, only serves to limit the full flowering of divine charity within me.

There is a further consideration, however, that is important. Many might be worried that such a response, and the sort of argument I have sketched, is buying into a whole narrative: it is the language of a ‘woke’, secular culture with an anthropology that stands in stark contrast to that of the Church. This fear is evident in a hesitancy to support the Black Lives Matter organisation, since to many its mission is too closely tied to questionable positions on sexuality and gender.

But there are two points to be made here. Firstly, we have to seek common ground where we are able, working together for the common good in a spirit of constructive cooperation. These topics are highly complex and nuanced and there are no simple answers. Dismissing and disengaging with the mission of a whole movement because we can’t agree with it on every point is simply to avoid the issue at hand.

Secondly, and more importantly, questions about race and racial identity are of course inextricably linked to those surrounding sexuality and gender and the right to life. They are all variations on asking what it means to be a human person, looking at distinct and discrete topics, but ones that frequently overlap. The richness of a Catholic anthropology is indispensable to the public discourse, as the only means of making complete sense of the inherent worth and dignity of every human being. As individuals and as a Church we have to be part of those conversations.

Yet unless we seek common ground and get the basics right about race, we risk not being taken seriously on any issue of human identity or social justice. To avoid asking the question am I racist, to avoid confronting my own unconscious bias, precludes me from joining the conversation.

Where to begin? The conversation is difficult, and the path long. But, in the words of Austin Channing Brown, “our only chance at dismantling racial injustice is being more curious about its origins than we are worried about our own comfort.” I am no expert on this and have lots of reading to do, but here are some resources I intend to look at which are likely to bring a new perspective:

This list is by no means comprehensive, please do add to it in the comments below.