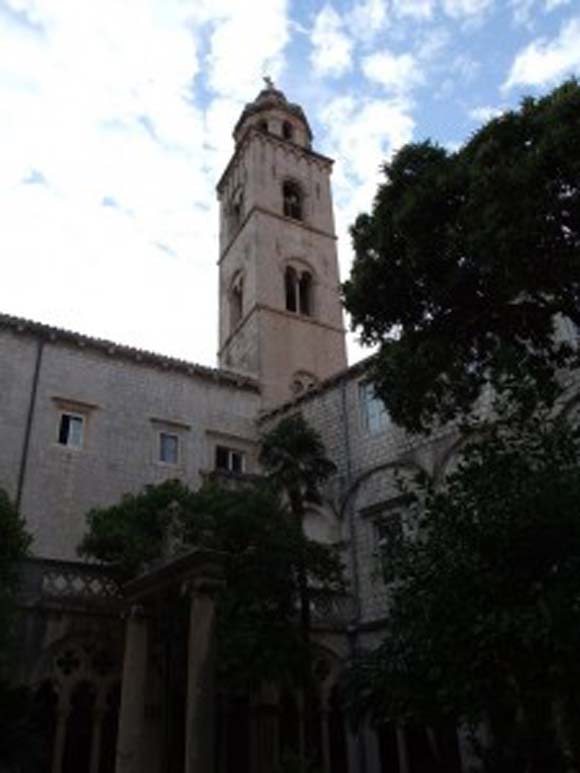 At the beginning of September, friars and sisters in formation from across Europe gathered in the city of Dubrovnik for the annual Dominican Family Study Week. This year the theme, echoing the Order’s Jubilee preparation meditation, was “And how are they to preach unless they are sent?” (Rom 10, 15): the Mission of Preaching. Brothers Mark and Nicholas, students from Blackfriars, Oxford, made the journey to the ‘Jewel of the Adriatic’ accompanied by fr Richard Ounsworth, who was one of the week’s lecturers.
In the historic Dominican priory in the city, brothers from Croatia, Bosnia, England, Ireland, Germany, Spain, Slovakia and Latvia quickly got to know each other and a great spirit of fraternity was evident from the start. The official languages of the week were Croatian, English, and German, with Latin for the liturgies. After a day for the brothers and sisters to get acquainted, we got done to business. 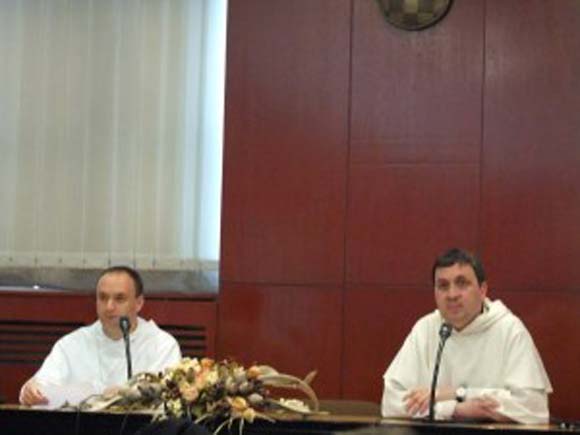 Father Alojz Ćubelić opened the week with a short lecture entitled ”how can they preach unless they are sent”. It was pointed out that our founder followed the evangelical ideals of unity and love that aimed at the reconstruction of Christian society. Fr Richard followed with a lecture examining the role and nature of prophets in the Old Testament and how the prophetic mission was entrusted to all Christians. He highlighted that Dominicans have an essential duty to respond to this call and preach the heavenly future that God has prepared for the world. This was followed by a lecture entitled “Bartolomé de Las Casas – the preacher of tolerance” given by fr Thomas Eggensperger, of the Province of Teutonia. As the Order celebrates the 500th anniversary of its mission to the Americas this was a timely and relevant subject.

The following day fr Thomas commented on a document of the General Chapter of the Order of Preachers from Avila 1986. The document identified five frontiers in our preaching. In his lecture fr Thomas explored how these frontiers had shifted since the publication of the document. On Wednesday morning fr Richard delivered a lecture exploring the Christological call of the preacher. The final two lectures were give by fr Joseph Kavanagh 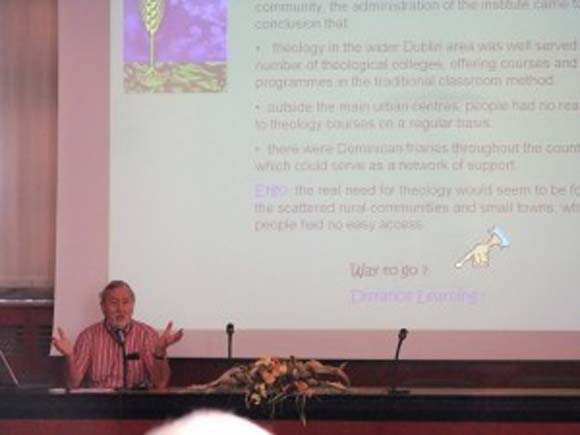 of the Irish Province. In his first lecture he tried to look at St Dominic from today’s perspective and then at today’s preaching from the perspective of St Dominic. He explored the challenges facing the preaching of the Gospel today and especially highlighted the child abuse crisis. In his second lecture fr Joseph talked about how hope has to be at the centre of our preaching and work. He used the example of the Priory Institute in Tallaght, outside Dublin, as a concrete example of this.

The subject matter of all the lectures was very well received and the discussions that followed them were not only fruitful but demonstrated the diversity and similarities within the international Order, especially in Europe. Of course we were not confined to the lecture theatre and there was much opportunity to explore the wonderful city and take some time to enjoy the beaches. We also had the chance to visit the island of Lopud where a Dominican church still serves the local people. 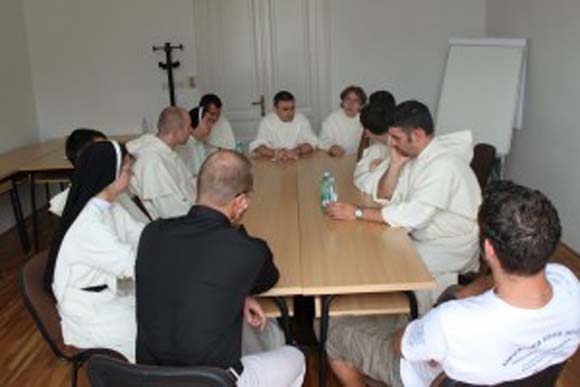 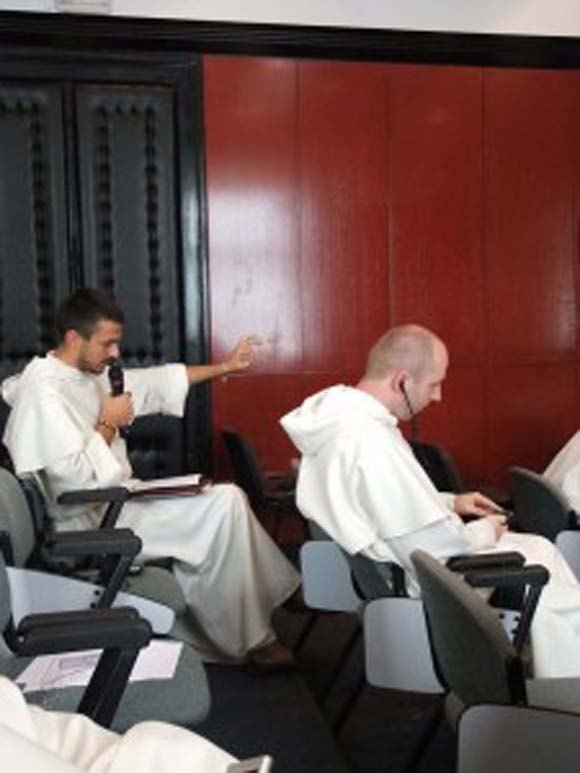 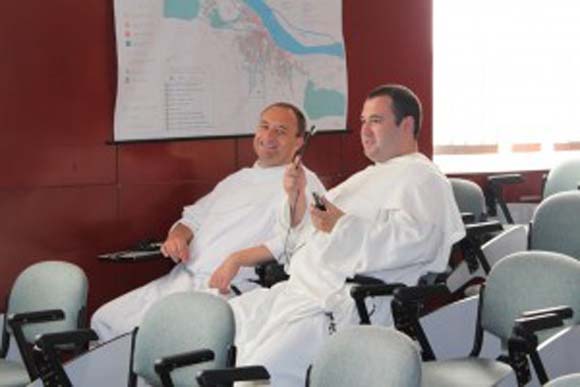 The study week provided an occasion for the Dominican Family to come together and take stock of our common mission to preach the Gospel. It allowed us to ask not only how we preach but why we preach. Despite differences in language, culture, nationality, and background, one could not help but notice the unity and fraternity of the participants and their dedication to their common goal ‘to bless, to praise, and to preach’. 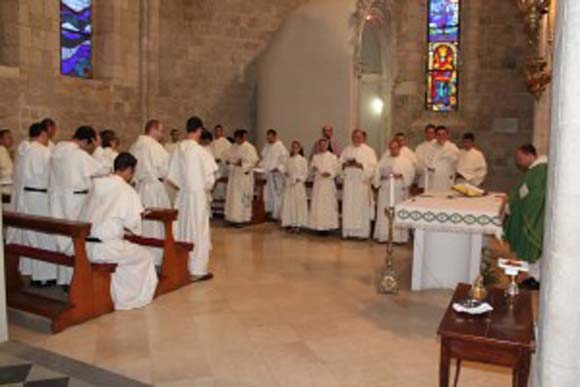 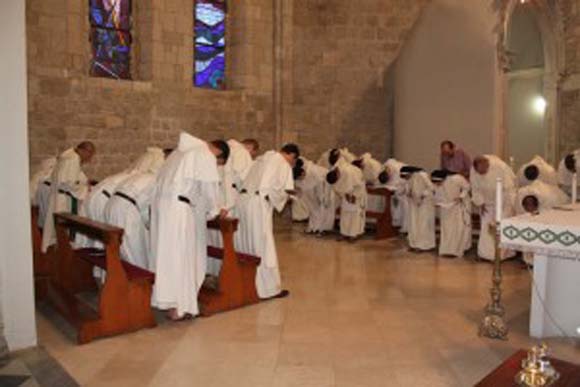 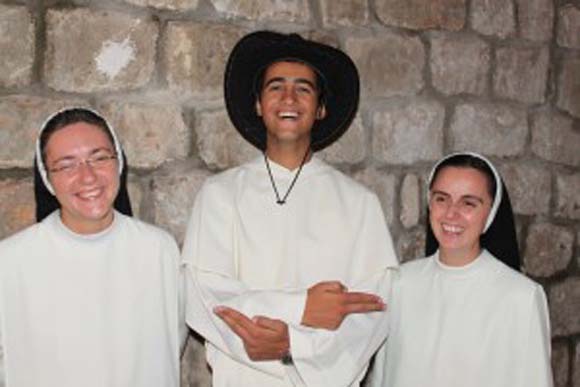 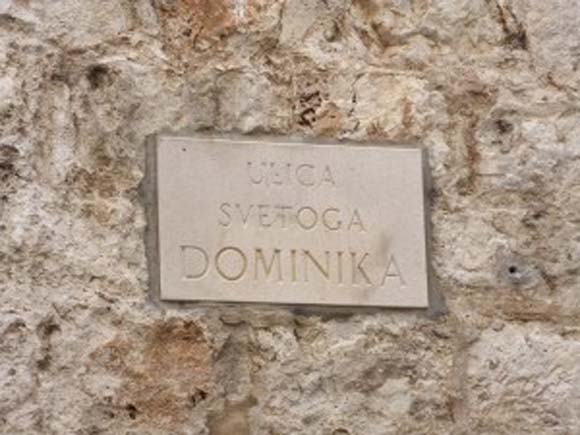 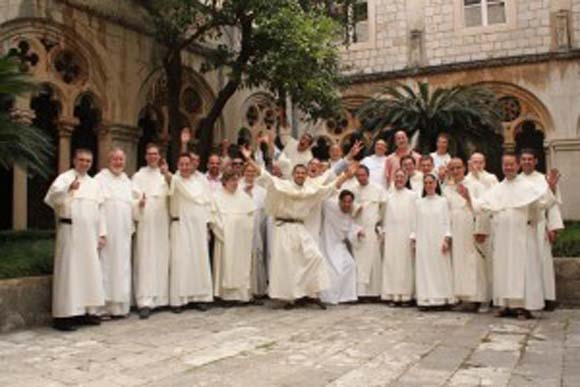