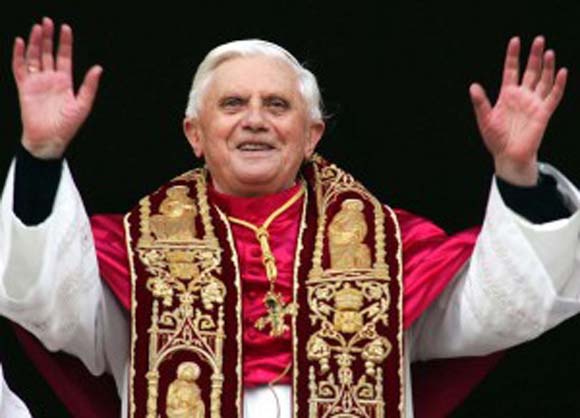 On 11th October Pope Benedict XVI will solemnly open a Year of Faith with the celebration of Mass in St Peter’s, Rome. The Church has a long tradition of Holy Years, marking various dates, anniversaries and ongoing themes in the life of the Church and of the individual members who constitute the Church. This one has a particular focus on faith – as did the Year of Faith called by Paul VI in 1967, to commemorate the 19th centenary of the martyrdom of Saints Peter and Paul. We are called to renew our faith: to deepen our knowledge of it, our commitment to it and our proclamation of it to others.
We are to do this as individuals but also, crucially, ecclesially, as members of the Church, at parish, diocesan and universal levels, and as members of religious orders, institutes, and other ecclesial communities and movements. Our faith, though personal and embedded in the particulars of our vocations, relationships and cultures, is a participation in the faith of the Church as a whole, across time and space. We receive our faith, a gift of grace from God to each of us, through the Church. We are taught the faith, and receive its sanctifying effects, through the apostles and their successors the bishops, and the priests and deacons who share in their ministry. Our communion and fellowship with the other members of the Church nourishes and strengthens our faith.
For these ecclesial reasons this Year of Faith coincides with the 50th Anniversary of the opening of the Second Vatican Council. The Holy Year is thus an opportunity to deepen our appreciation of the teaching of this the 21st Ecumenical or General Council of the Church. 11th October 2012 is also the 20th anniversary of the promulgation of the Universal Catechism of the Catholic Church, a major fruit of the council and a great source to both deepen and teach our faith. It is the day on which the XII Ordinary Synod Of Bishops opens. This set of synods began after Vatican II, and as a response to it. Each has resulted in a universal letter (Apostolic Exhortation) from the Pope. This year the theme is the New Evangelisation. The call to every Christian to witness to his or her faith, that is to evangelise, was, along with the call to holiness, one of the two universal calls that Vatican II made to all Christians. In short, this year is rooted in the event of Vatican II. But Vatican II is rooted in the faith of the Church, and in continuity with the way that the faith has been taught and lived for 2000 years. 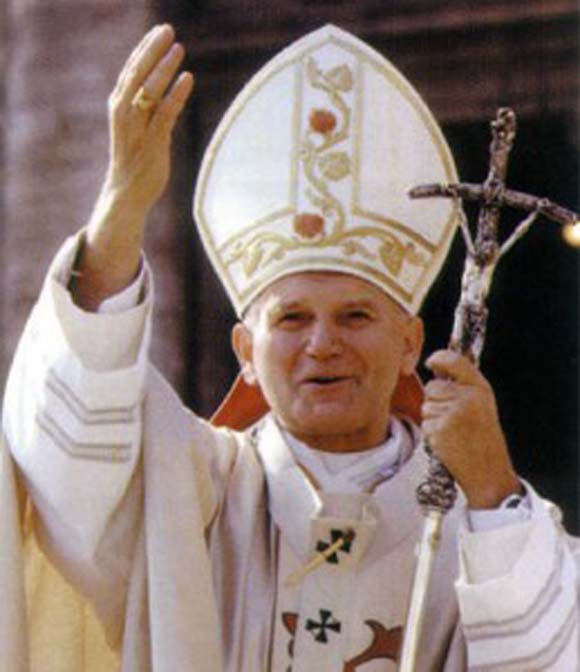 Both Blessed John Paul II and Benedict XVI see the event, documents and implementation of Vatican II as key to the life of the current Church. In his document announcing this Year of Faith, Porta Fidei (2011, n.5) Benedict cited his blessed predecessor: “With the passing of the years, the Council documents have lost nothing of their value or brilliance… I feel more than ever in duty bound to point to the Council as the great grace bestowed on the Church in the twentieth century: there we find a sure compass by which to take our bearings in the century now beginning.” (from Novo Millenio Ineunte, 2001, n.57.)’ Benedict then immediately continues: ‘I would also like to emphasize strongly what I had occasion to say concerning the Council a few months after my election as Successor of Peter: “if we interpret and implement it guided by a right hermeneutic, it can be and can become increasingly powerful for the ever necessary renewal of the Church” (Address to the Roman Curia, 2005).’ As the Pope has put it and as the Congregation for Doctrine and Faith put it in its Note for the Year of Faith, this means a ‘hermeneutic of reform in continuity’, not a hermeneutic of discontinuity and rupture’. The words ‘continuity’ and ‘reform’ both matter. The Church stays the same in its essentials, but reforms and renews herself, aware of the pull of sin and of the world; she changes as she meets new situations and challenges, but so as to continue to do what she has always been called to do, that is, to worship God in truth and love, and bring the life of God to humanity, and grow in holiness. The Council thus calls the Church to a process of organic growth, drawing on, and loyal to, the faith, worship, magisterial teaching and sound theology of the Church over time, but moving forward under the guidance of the Holy Spirit to continue that life and mission in changed situations and cultures, aware that she often needs to change, to adapt, to find fresh expressions and to renew herself to do so.
Major Councils of the Church have always sought to serve both continuity and reform in the life and mission of the Church. They affirm the apostolic faith of the Church, expressing and sometimes defining what it consists of in the changed circumstances of their day and in intellectual challenges to it, sometimes using new terminology to do so. But they also call for reform and renewal and a more effective undertaking of the witness and mission of the Church in the circumstances of their day. General Councils do this since they are gatherings of the bishops, successors of the apostles, meeting together, in communion with the Pope, which decide things together, with the approval of the Pope. As such they carry the highest authority of the Church.
It is the intention of Godzdogz over this Year of Faith to look back at the 21 Ecumenical, or General, Councils of the Church. We will look (briefly) at them in their historic contexts, the challenges they faced, what they taught, what reforms they called for and why, and to some extent what then happened. In short we will look at the processes of ecclesial continuity and reforming change on the large stage of 2000 years of Church history. The series is called ‘Councils of Faith’. 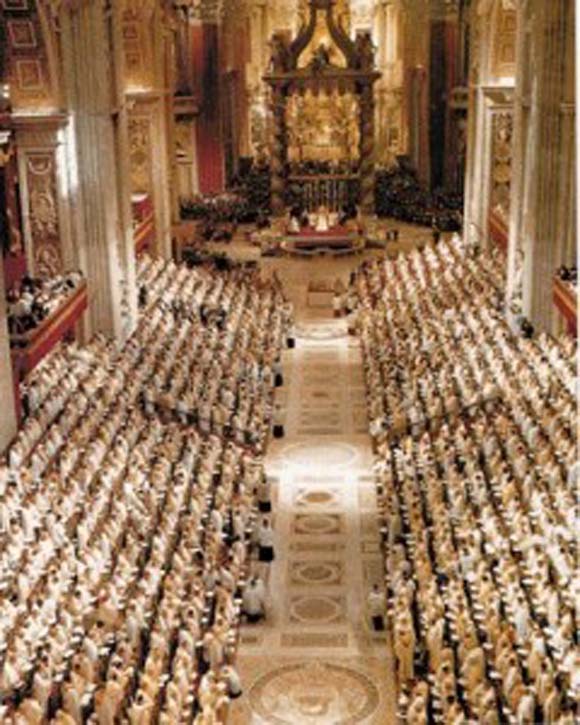 The series will hopefully give us a fuller appreciation of our faith, of its ecclesial dimension, of God’s action in our midst, but also of the implications of God choosing to work through fallible human beings. God is at work in graced and gifted but fragile people, weak and mired by sin, and caught up in, and sometimes dangerously entangled in, politics and all manner of complexities of life in this world. It will hopefully help us put debates about Vatican II into a more informed and realistic perspective and to make a more informed, and so more effective, contribution, in communion with the pope and our bishops, to the renewal of the church. In short, we will hopefully come to a fuller realization that God’s gift of revelation and salvation to us means that we do indeed hold immense treasure, but in earthenware vessels. May this allow the focus and glory to be about God, manifest in the face of Christ. (See 2 Cor 4). ‘Councils of Faith’ will hopefully help us grow in faith, aware of our ecclesial history, instilling in us both hope and also humility, informing us and also forming us, and making us better able to form others in faith.