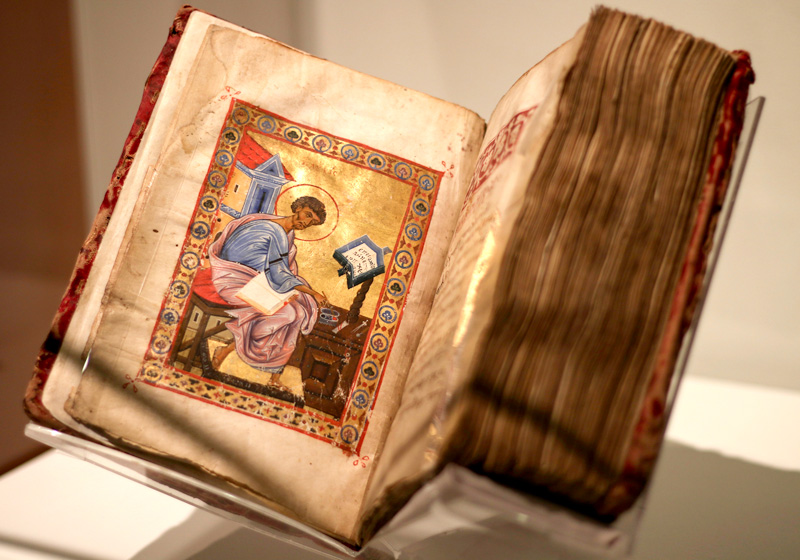 Latest news
Home  /  Latest news  /  A Journey Through the Bible

A Journey Through the Bible

Fr Richard Ounsworth OP recently spoke at a meeting of The Dominican Forum in the City of London (kindly hosted by CCLA). Lector in New Testament Studies at Blackfriars, Oxford, he offered a fresh way to re-engage with God’s Word addressed to us in the Bible. This is an abridged version of his talk.

How should we read the Bible? Should we simply open at page one and read from Genesis to Revelation? That’s not a good idea! I know several people who have tried, and few of them got past Leviticus. That third book of the Old Testament is somewhat daunting, being all about sacrifice, food laws and leprosy. Best to leave it for later!

So, start with St Mark’s Gospel. It is a great deal less daunting – it’s only about half the length of the other Gospels, so you should be able to manage the whole thing in one sitting. This is the crucial thing – to read it in one go. Only by doing so can we get a sense of its shape, how the Cross overshadows the whole of Jesus’s ministry, and its distinctive presentation of Christ’s character and his mission. When I give tutorials on the Gospels, this is often the first exercise I ask students to do: to read Mark, and make a note of all the things that seems surprising, distinctive or puzzling. Try it for yourselves – maybe compare notes with a friend.

Christ in the Old Testament

Look next at an Old Testament book. Some will seem familiar – you’d be surprised how much of Isaiah you recognise, for example – but others not. Choose a less familiar one, something manageable like Jonah or Ruth, both just four chapters long, and ask yourself this question: How does this book speak to me of Christ?

If that seems an odd question, remember that the Bible is our story, the story of the Christian Church, the people of God. It is a strange, surprising story, not always a nice one; but it is our story, because it is the tale of God’s outpouring of himself into creation, of his love for the humanity that repeatedly betrays him and reviles him, and his extraordinary mercy towards us despite those betrayals. In fact, it is because of those betrayals – the sin with which we have defaced our world and history – that it is sometimes so hard to see how the Bible is relevant to us, because it’s difficult to follow the story properly.

Allow me to explain by means of an analogy: halve a potato and carve a design into the cut surface. You may have done this at school. Then dip the carved surface into paint and stamp your design repeatedly on a piece of paper. Fun! For this to work best you want your paper to be on a hard surface, and to be flat, clean, and in good condition. Suppose, instead, that your paper was dirty, torn, crinkled and tatty? You can stamp away merrily with your potato but it’s going to be quite hard to make out the repeated pattern.

Well, our human history is that bit of paper. Because of sin, the paper of human history is distinctly untidy, far from ideal. Yet God has been stamping out his pattern, the character of his saving mercy, onto our human history from the beginning, especially in dealing with his people Israel. Hard to make out perhaps – but one thing that will help is if we have actually seen the potato. Once you’ve seen the potato, you can look again at the tatty bit of paper and make out much more clearly where it’s been stamped. Here is the key point: Jesus is that potato! The Letter to the Hebrews tells us: Jesus is the ‘character of God’s nature’ (Heb 1:3) – he it is with which God has stamped his character into our history! So, once we have seen Christ, encountered him in the New Testament and in the sacraments of the Church, we are much more attuned to his presence in Scripture.

This is not meant to be flippant, and looking for the potato prints of Jesus in the Old Testament is more than just a fun exercise. It is vital to our Christian identity, because the stories we tell ourselves, and about ourselves, are absolutely central to our identity. Being Christian means not just knowing but consciously engaging with and living out the story of God’s love that we find in the scriptures. Read them with this key! Whether a book at a time, a few verses each day of lectio divina, or by joining a study group… this is your story; this is who you are.

If we return to Leviticus, then its laws about leprosy, read alongside the raising of Lazarus, may help us to understand the resurrection of Jesus. According to Leviticus, there are three kinds of things that can get leprosy. Only one of them is people, for whom it is a skin disease (though what the Bible calls ‘leprosy’ is nothing to do with what we call leprosy or Hansen’s disease); the other things that can be leprous are clothes and houses. Why is this? I suggest it is because your skin, your clothes and your house are three layers surrounding you that define who you are. In ancient Israel your house marks the boundary of your family and your place in the world. Even more intimately, what you wear tells the story of who you are. But our skin is the crucial boundary: I am all the things this side of my skin, so to speak, and everything the other side of my skin is not. Leprosy, then, is a rupture in one of these defining layers, and so symbolically threatens our distinct identity. If the line between me and everyone else becomes blurred, as it were, then my identity too becomes blurred. 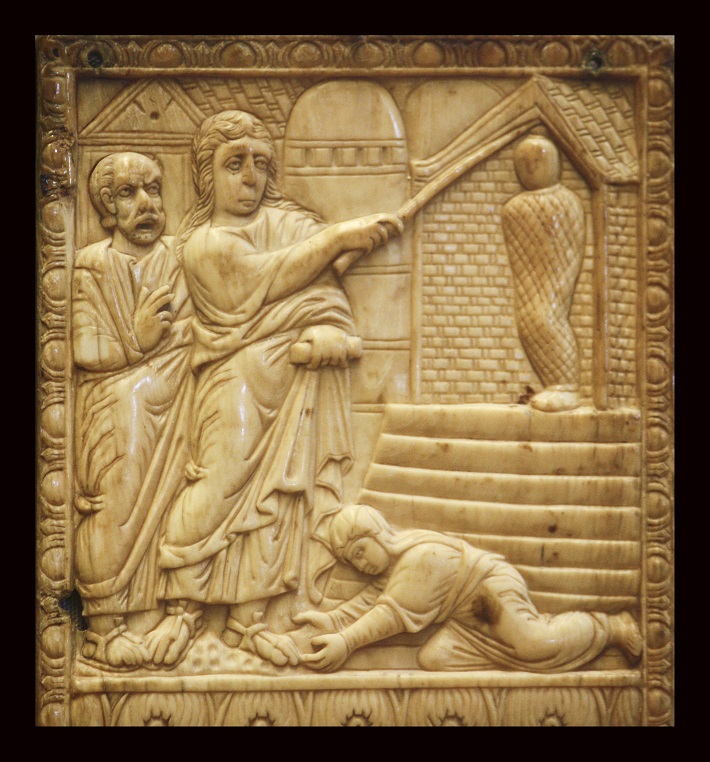 We can now note that Lazarus – Jesus’s friend whom he raised from the grave – lent his name to the only character in the parables who has a name. We hear how the dogs licked Lazarus’s sores, so it’s reasonable to conclude that he was leprous. That’s why he’s stuck outside the gate. Did Jesus name this leper ‘Lazarus’ as a clue to how the raising of Lazarus differs from his own resurrection? Look at what happened: first Jesus called Lazarus out of the tomb – the dead man’s house. Then Jesus tells people to ‘unbind’ or ‘undress’ Lazarus – free him from a dead man’s clothes. These are the two outer layers in the laws about leprosy. That, however, is where it stops – Lazarus is obviously not stripped of his skin when he’s raised from the dead!

We may contrast that with Jesus’s passion: taken out of the praetorium (Pilate’s house) and then stripped of his garments, Jesus is afterwards flogged, symbolically removing his skin too. This points to a distinction between Lazarus’s raising, when he is returned to normal physical life, and Jesus’s resurrection. There is clearly something unusual about Jesus’s risen body – recognisable and yet unrecognisable, still marked by the nails, still able to eat, yet passing through locked doors and appearing and disappearing at will. I suggested before that our skin makes us distinct – in our skins we are present in the world, but made present precisely by being limited: I am here in my cell writing this, so I cannot simultaneously be sunning myself on a Caribbean beach. With Jesus it is not so – he is truly and bodily present everywhere the Eucharist is celebrated, on every altar and in every tabernacle. His risen bodily presence is without limit, and this has been symbolised by his scourging, once we recognise the significance of that scourging in the light of the Levitical laws on leprosy.

So, do read the Bible, because it tells you your story; and it’s a revelation!