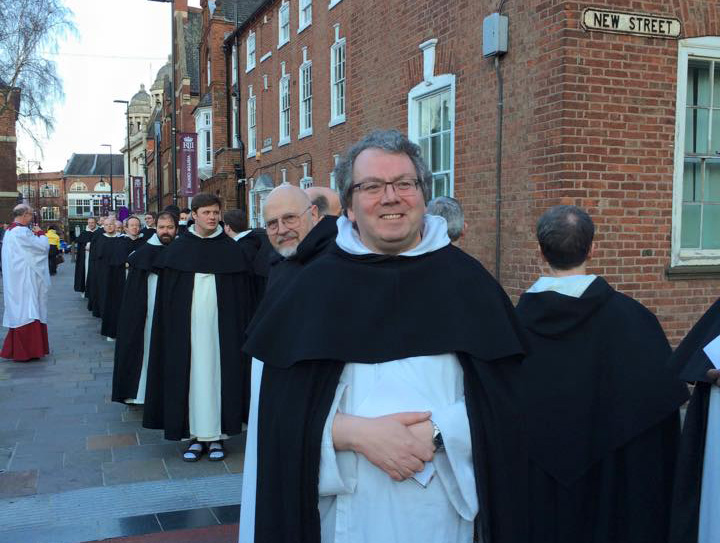 The Dominican friars played an active part in the recent historic events of the reburial of King Richard III.

Richard III was the last of the Plantagenet dynasty and the last English king to die on the battlefield. The Plantagenets were benefactors of the Dominicans for several hundred years. More than 500 years after his death on Bosworth Field, the king’s remains were finally laid to rest in Leicester Cathedral on Thursday 26 March 2015.

On Monday 23 March, Cardinal Vincent Nichols celebrated a requiem Mass for the repose of the soul of the king at the Holy Cross Priory, Leicester, of the Dominican Order. Cardinal Vincent Nichols wore the Westminster Vestment, a chasuble dating from the reign of Richard, which might have been seen by him during Masses at Westminster Abbey in London. Bishop Mark Davies of Shrewsbury said after the Mass that ‘what was most striking was that King Richard III received the same funeral Mass as any other Catholic. We prayed for the eternal repose of his soul, commending him to God’s mercy’ (Catholic Herald 27 March 2015).

The following day, Tuesday 24 March, the Dominican friars took part in a procession through Leicester town centre. See photos on our Facebook page and YouTube video of procession.