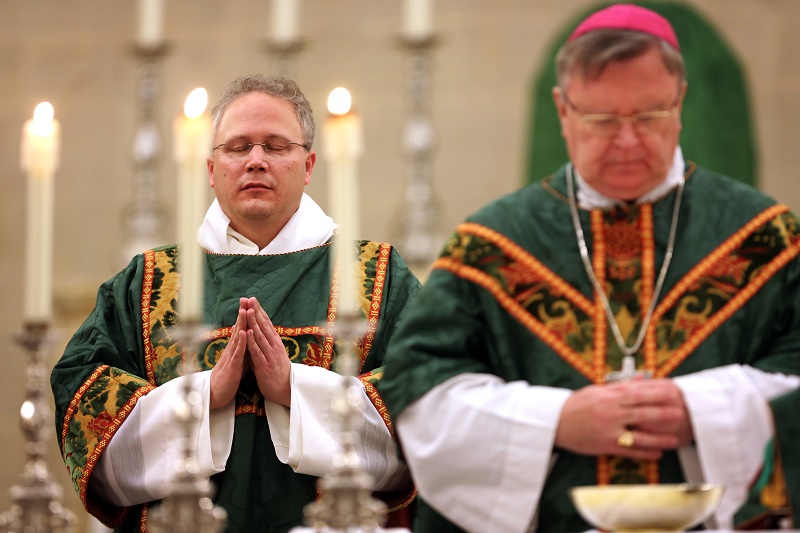 Br Richard Steenvoorde OP, ordained to the diaconate at Blackfriars, Oxford, on Sunday 21st January, reflects on the meaning of service to others, and the graces received from others.

A student friar of the Dutch Province, Br Richard is currently completing the final stages of his MPhil in Theology at Oxford University.

As I was doing the dishes for the second night running in the priory kitchen at Oxford, a young brother stepped in and joked, ‘So, I see you are exercising your diaconal obligations, serving at table.’ Not really, I thought; this is more like dealing with the left-over crumbs! And at that moment, the Gospel story of the Canaanite woman sprang to mind, who was thankful for the crumbs from her master’s table, and thus obtained from Jesus the healing of her daughter (Matt 15:22–28). So, there might be a hidden depth to serving at table and being thankful for the crumbs. I might just experience a miracle. 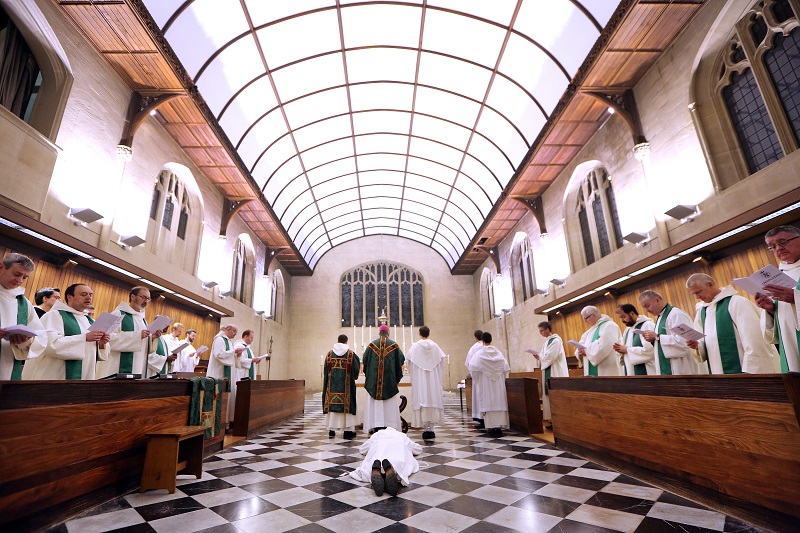 Another story may help explore my theme: shortly after the part in the Mass where I was ordained, I had to receive the offerings of bread and wine being brought up by members of the congregation. As I walked towards the altar step, with my stole and dalmatic still not quite in place, I noticed two women coming forward, Yvette and Victoria. Victoria clearly was very weak, so Yvette was supporting her as they slowly made their way up with the gifts. They were both smiling and that put me at ease. ‘It is my first time’, whispered Victoria under her breath to me. ‘It is also my first time’, I whispered back. She beamed. As it turned out, it would also be her last time. A day later Victoria fell seriously ill. A couple of days later she passed away, never regaining consciousness.

I think a lot about Victoria these days. Drawing on almost her last reserve of physical strength, Victoria started my diaconate in a real way. Her act of service to the altar had been handed on to me. During all my preparation for ordination to the diaconate, this role of the deacon, being a bridge between the people of God and the altar, moving back and forth to serve both, had never struck me as powerfully as in that moment, in that beaming smile of Victoria and Yvette as they helped me, so that I could take their service forward to the altar, forward to God. 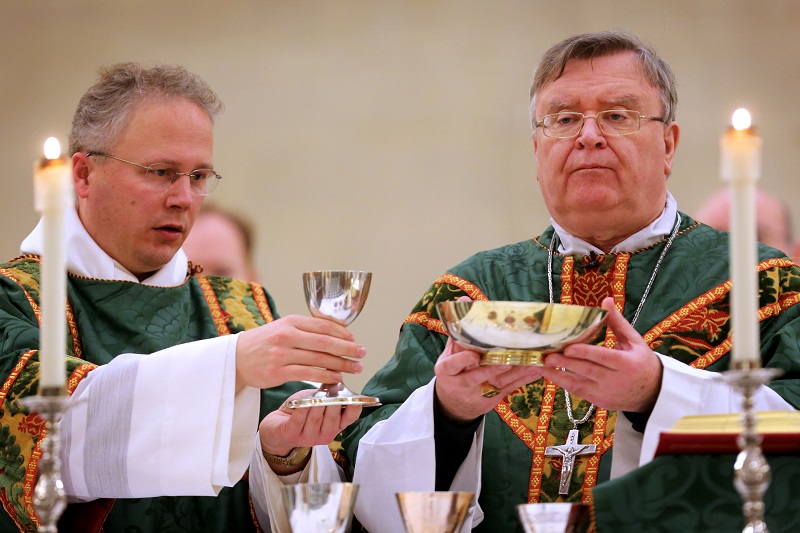 Bishop Kenney remarked in his ordination homily that the kind of deacon you are will determine the kind of priest you are going to be. I hope that I will never forget where I came from, standing at that altar step. And I intend to pray for all the people who got me there and whom I may be given the privilege to serve in future.

Soon, I will have to start packing my things in order to leave Oxford. It has been a privilege to be here, to study here, to learn. I will go back to my own country to help set up a new Dominican priory. But Oxford, especially the students and congregants at our priory, taught me some lessons about real Christianity, a faith fully alive, open to God and the world, that I will treasure for the rest of my life.

Of course, I thank the brothers for their patience with me. But, here and now, I especially thank the extended Oxford community: Sr Winnie, Barbara, Olga, Alistair, Lucy, Anna, Brigitte, Yvette and Victoria, who, each in their own way, and with little acts of kindness, have helped me to become the deacon I am today, and thus have already had an impact on the priest I hope to become.

More images in the report on the ordination