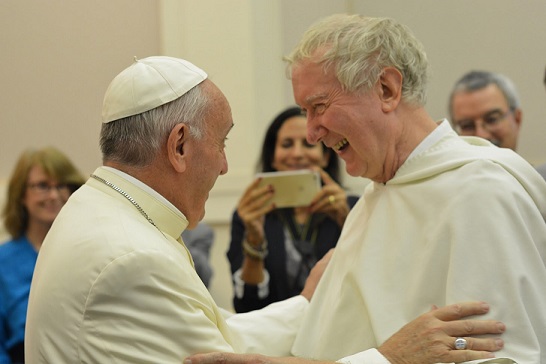 On September 28th, Fr Timothy Radcliffe OP of Blackfriars, Oxford, attended a consultation in the Vatican on climate change.

The purpose of this consultation was to advise the Holy See on how to prepare for the meeting on climate change in Marrakesh in November 2016 (COP22) which will seek to implement the agreements reached in Paris last year.

The attendees were addressed by a fascinating variety of experts, from Jeffrey Sachs, director of the Earth Institute, Columbia University, to an eighteen-year-old Italian student. It became evident that Pope Francis’ encyclical Laudato Si’, resonates with the imagination of millions of young people who are dissatisfied with what the Pope calls the ‘technocratic paradigm’ and are looking for new ways of seeing the world. The Church’s message chimes well with the aspirations of the young on this issue. 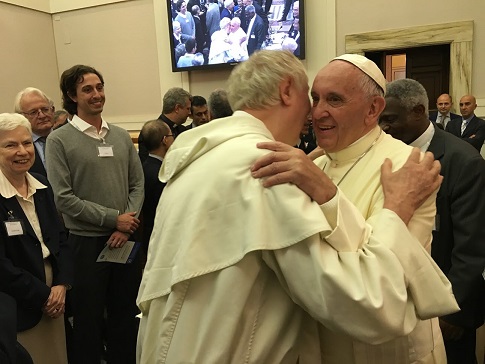 The exchanges were a little less lively after a splendid lunch, but everyone was revived by the unexpected appearance of Pope Francis who met each one of them informally.