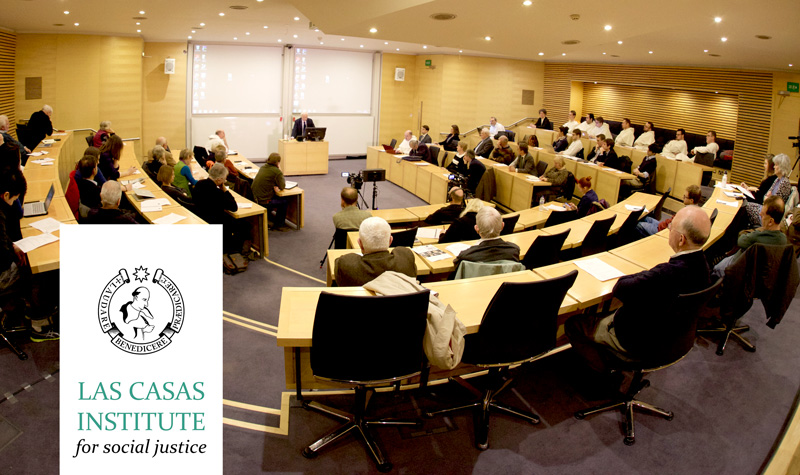 Prophetic Voices: a New Future for the Las Casas Institute for Social Justice

In response to the urgent social, political and economic challenges facing the global community, the Las Casas Institute at Blackfriars Hall, Oxford, is launching a series of major initiatives over the next five years.

In addition to the existing special lectures and one-day conferences such as the highly successful colloquium Truth-Telling and Politics held last December, this year sees two new long-term research projects on Human Dignity, and Economics as a Moral Science (introduced below by their Programme Directors). In future years, these will be joined by research programmes in Migration, and Poverty in the United Kingdom.
This research will be complemented by a new Associate Members Programme, bringing together academics and practitioners of social justice from around the world, and by a new Outreach Programme involving Dominican parishes and schools.
To achieve this will mean employing new researchers, hosting additional events, increasing our presence on the internet, collaborating with other academic institutions and publishers, and ensuring that all these activities are properly resourced.
A basic level of funding has already been given or pledged by individual benefactors and grant-awarding bodies for the period 2016–2021. Further significant sums will need to be raised.

You are invited to find out more by visiting the Las Casas website or contacting the Director, Fr Richard Finn OP. 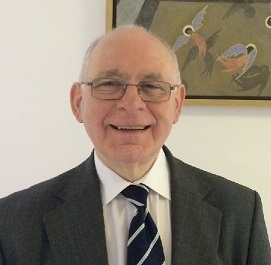 Prof. John Loughlin, Emeritus Director of the Von Hügel Institute in Cambridge, and Programme Director for Research in Human Dignity at the Las Casas Institute for Social Justice at Blackfriars Hall, Oxford, examines the relevance to current ethical debates of the concept of human dignity promoted in the second half of the 20th century.

Before and during the Second World War, the Nazis embarked on a massive programme of experimentation on and extermination of particular categories of human being: Jews, Slavs, gypsies, handicapped people and homosexuals. They also destroyed democracy in Germany and other states they had conquered. After the war, Western states and philosophers from different religious and non-religious backgrounds thought it essential to provide a conceptual framework which would guarantee democracy and human rights. They evoked the concept of ‘human dignity’ that became the lynchpin of the Universal Declaration of Human Rights promulgated by the United Nations in 1948. In Germany itself, ‘human dignity’ appeared in the first article of the new constitution (the Basic Law) drawn up in 1949. Since then, many other human rights conventions and state constitutions have adopted similar approaches.

Today, the centrality and usefulness of the notion of human dignity are sharply questioned. Some draw on the 19th-century philosophical critique of Kant by Schopenhauer, Marx, Nietzsche and Freud. Darwin’s evolutionary theories are seen to debunk any idea that human beings have any special dignity, being little more than advanced animals. Atheist utilitarians such as Peter Singer continue the attack and think there is nothing special about human beings compared to other species. Speciesism is viewed by these authors as akin to racism, sexism or homophobia. Why should only humans and not, say, the great apes have ‘rights’? Atheists who see ‘human dignity’ as a religious idea related to the notion of ‘the sacredness of human life’ may think the concept can be safely discarded. They see it as a Trojan horse smuggled into ethical debates about issues such as abortion or euthanasia in order to prevent people exercising ‘free choice’ over their own lives. For them human dignity may lie simply in exercising personal autonomy.

These challenges should come as no surprise. Nazism made all too clear in a negative way what it meant to trample on human dignity. But those who gave the post-war concept legal expression had quite varied views on what it meant in a positive way. There were two principal philosophical traditions involved. The first, interpreted by the philosopher Jacques Maritain, was a Catholic understanding rooted in the philosophical theology of the Dominicans, St Thomas Aquinas and Bartolomé de las Casas. The second derived from Kant for whom human dignity was based on the notion of personal autonomy. Kant was a believer but many of his followers in the twentieth century abandoned any Christian belief in what Kant had called ‘the transcendental core’ of the human being. Maritain thought this ambiguity about the content in the post-war notion of dignity was necessary to ensure its wide acceptance in human rights laws and conventions, but this has meant that it is sometimes difficult to operationalise in jurisprudence and is open to the attacks mentioned above.

To move beyond the present confusion, we need a far better understanding of human dignity. The Las Casas Institute is running a series of seminars this year to review the origins and historical development of human dignity as a concept in the Judaeo-Christian Scriptures, in the archaic and classical worlds of Greece and Rome, looking at how Church Fathers drew on both these resources in laying the intellectual foundations of Western civilization, and how the Christian understanding of human dignity was expressed in the medieval flowering of music, art, and literature. We then have to see how the Reformation led to a very different anthropology with the unintended consequence of ushering in the secular state and the Enlightenment rejection of Christianity. In collaboration with other research centres, including Blackfriars’ Aquinas Institute, this will be followed next year by a series of workshops and lectures that bring this rich account of dignity into contemporary debates around bio-­ethics, the workplace, and democracy, to see whether it offers a better way of understanding and protecting human goods than either the reductionism of atheist materialism or the fetishisation of personal autonomy among Kant’s present-day followers. The sense we make of human dignity is vital to how we live and the future of our society. It is an exciting, if daunting, task to clarify what it means to respect the human dignity of every woman, man, and child, but the Las Casas Institute’s distinctive place within the Church and University makes it an ideal centre for what I and my colleagues hope to achieve in the next few years.

Recovering Economics as a Moral Science 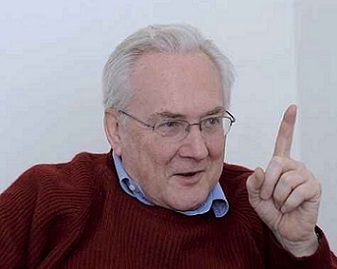 Prof. Peter Róna, a Fellow of Blackfriars Hall, former Board Member of the Hungarian National Bank, and Programme Director for Research in Economics at the Las Casas Institute for Social Justice, sets out why we need urgently to re-think the fundamentals of economic theory.

The fundamental premise of modern economics is the assumption, perhaps ﬁrst claimed by Condorcet, that ‘facts’ are much the same in the social as they are in the natural sciences, and that the task of the social scientist, like that of the natural scientist, is to ‘observe’ them. With the aid of this assumption, modern economic theory relocated economics from the domain of the moral sciences to one closer to that of the natural sciences with the result that free will, intentionality and moral judgment were necessarily excluded from its concerns. But are the ‘facts’ of the social sciences, in truth, much like the facts of the physical sciences? Are they observable in much the same way and with much the same techniques as in the physical sciences? Are ‘data’ about supply, demand, marginal utility, unemployment or the money supply analogous to the data recorded about, say, the valences of the elements of the periodic table?

In 2012 and again in 2014 the Las Casas Institute hosted a symposium concerned with the fundamental connections between ethics, economic activity as a part of life, and economic theory as a social science. We have now edited a selection of the papers delivered at these events for publication by Springer with the title Economics as a Moral Science (forthcoming in Spring 2017). In response to the interest these papers have received, Springer have commissioned myself and Prof. Laszlo Zsolnai to oversee a further nine volumes over the next four and a half years to tackle the reconstruction of economics as a moral science, in contrast to its present status as a special branch of theoretical knowledge expressed in the language of mathematics.

The overall goal of the project is to recover the deep connection between ethics and the economic life as it is actually lived in order to develop an economic theory in which ethics is, from the start, a fundamental component of its generalisations.

Here are some of the key questions for us:

The questions may seem highly abstract, but how we answer them has huge implications for how we live and work, treat each other, prosper or find our lives blighted by unemployment, inflation, or lack of opportunity through rising inequality. Two dozen or so scholars from the United Kingdom, the United States, Belgium, Holland, Norway, Argentina, Italy, Switzerland and Hungary have already agreed to participate in the project, and the ﬁrst symposium will be held at Blackfriars Hall, Oxford, on 7–8 July, 2017.

If you would like an invitation to the public lectures and special events of the Las Casas Institute, please email us and we will add you to our mailing list. 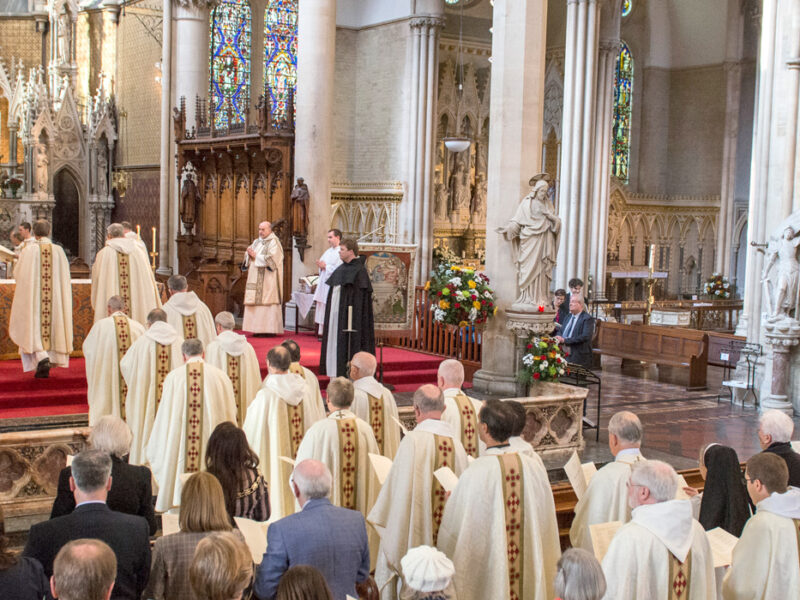 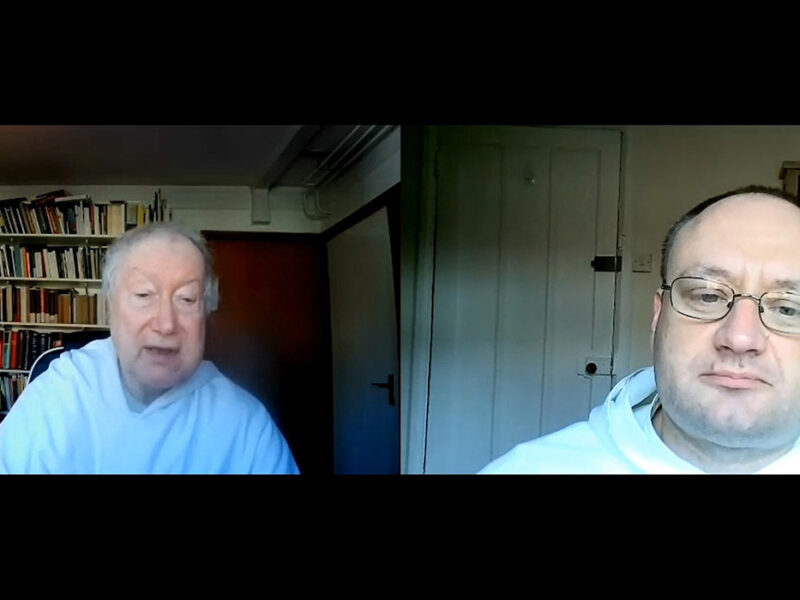 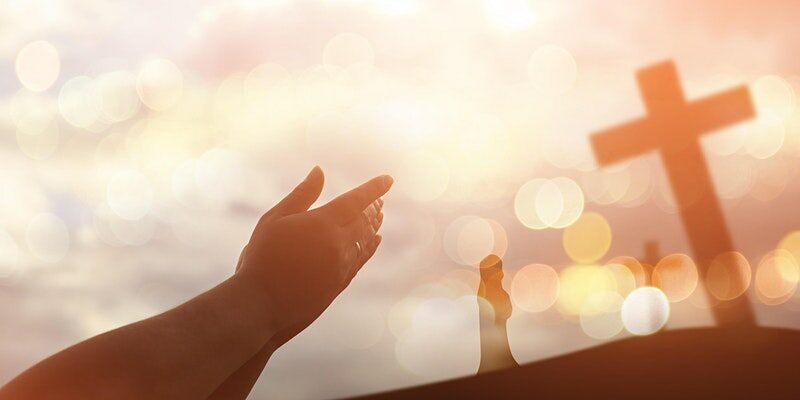