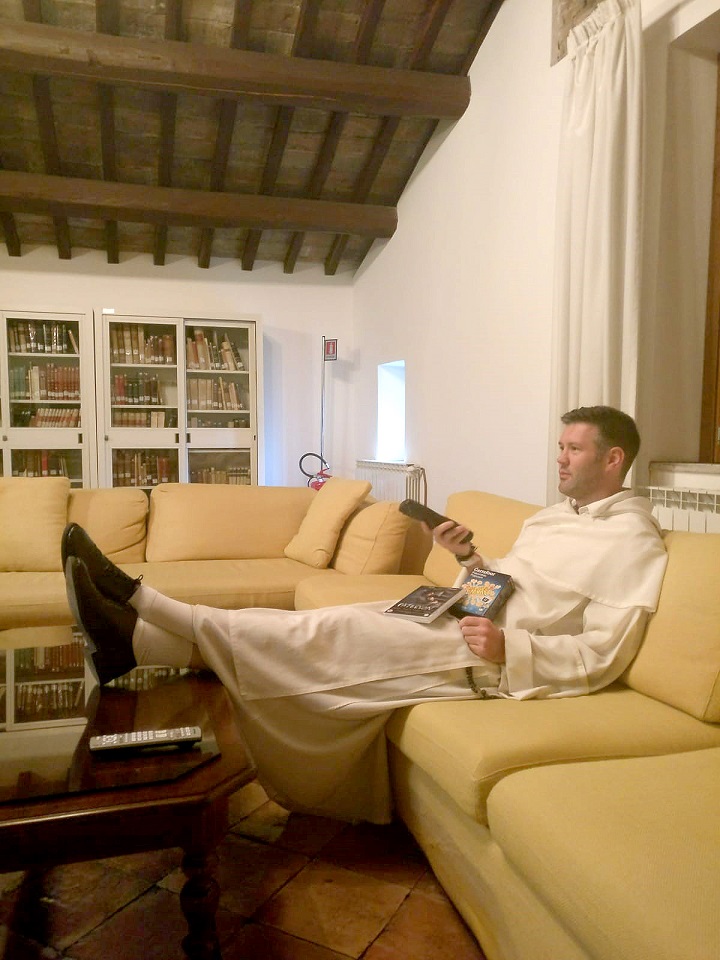 The Word in Film

Fr Toby Lees OP, who was ordained this summer and is completing his Licence in Sacred Theology in Rome, reviews the movie Paterson (2016, starring Adam Driver) and recommends it for its Advent themes.

Caryll Houselander, the Catholic poet and mystic, spoke of the Genealogy as a ‘symbol of Advent gestation’. The Genealogies are the not the most exciting readings from the Gospel that we’ll ever hear, but they do give us that sense of God slowly working in lifetimes and across generations to bring about His work of salvation. The individual parts can seem insignificant and slow, but the whole is the greatest drama ever written.

A film I recently watched that certainly doesn’t rush us in dramatic terms is Paterson. In fact, one reviewer described it as a film ‘in which nothing happens’, and on the level of a high-octane action and plot twists that’s absolutely fair, but on another level, the truth is that a lot of goodness happens, and that strikes me as much more important.

Paterson is a film that takes its time, but is never boring, and the truth that Paterson most emphatically conveys is that drama and novelty are not the barometer of a life well-lived, but goodness. And Paterson just oozes goodness, but in a very understated way. Paterson is a bus driver, living in Paterson, a very ordinary town. He’s also a poet, but refreshingly he does not resent the day job which keeps him from writing poetry full-time. His poetry – which is neither amazing, nor dreadful – is not poetry for which he craves recognition, it is more born of a recognition. It is as if, in an unsentimental way, he realises that there is something magical about life, which prose or a diary entry would not quite do justice to, a world charged with grandeur, but not grandiose. Most of his poetry reads like extraordinary appreciation of the goodness of ordinary things.

It is goodness that is the most striking thing about Paterson. Good acts come easily to him because he is good. At first, there is a certain tension watching Paterson, a certain tautness, that makes you start to suspect that he might just snap or lose it at any point. You are just not used to watching a film or a man with so little cynicism. This is not to say his life is without frustrations or difficulties, but more that he seems like a man who has the gift of a certain perspective on things. This other perspective is hinted at by a picture of him in a serviceman’s uniform on his bedside, but about which we are not told anything.

Where this goodness comes across most powerfully is in his marriage and his interactions with his wife, Laura. They are very different personalities. She is delighted by novelty and excited by new possibilities: new skills she might master; new fashions; and her regular redecoration of things around the house. She wants to be a cup-cake baker and a country star. In contrast, Paterson is a ‘steady she goes’ kind of guy, but this is no obstacle in their love; for each genuinely loves and understands the other as other. Each helps to realise the other, without simply turning into the other.

At first the dialogue between Laura and Paterson seems too nice, too sincere, almost implausible, but over time you realise that perhaps theirs is a better way than the irony and sarcasm we trade in for fear that our sincerity be perceived as naïvety, for fear that sincerity might expose us to vulnerability… and, yet, ­vulnerability is the price of loving, and sincerity is necessary for a true meeting of minds and real understanding.

In one scene, when Paterson is having his nightly beer at a neighbourhood bar, the barman comments on Paterson’s not having a cell phone. He responds, ‘I don’t want a cell phone; it would feel like a leash’ – the comic juxtaposition to this is that the couple’s bulldog, Marvin, the comic star of the film, and whose nightly walk is the pretext for Paterson’s beer, is currently on a leash outside the bar. When the barman asks whether his better half has one, and hears that she has an iPhone, iPad, laptop, he asks whether she doesn’t want him to get one. Paterson responds, ‘No, [pauses] she’s okay about it [pauses] she understands me really well.’ The barman tells him, ‘You’re a lucky guy’. And I think this gets to the heart of Paterson’s contentment with a life that so many would think humdrum and boring: so many live in fear that no one really understands them, or live in fear that if somebody really saw them as they are, that they would not be loved. Paterson has neither of these fears… nor should the Christian; for we too are known as we are and loved as we are.

There is one real moment of nervous drama in the film [spoiler alert]. A jilted lover in the bar, a melodramatic actor, proclaims ‘If I can’t have you, nobody can’, first turning the gun on the ex-girlfriend and then on himself. Paterson leaps up knocking the man to the ground and the pistol from his hand. The action is dramatic, but it is also perfectly in keeping with Paterson’s character, a man who in little ways keeps on putting himself out for the other is on this occasion given a bigger stage.

Irrespective of this incident – and the fact the gun turns out to shoot foam pellets not bullets – we shouldn’t really think differently of Paterson: there is a heroic quality to his life, which doesn’t depend upon this incident, but is drawn out by it.

So too with us; not all our lives will be dramatic. Similarly, there are saints who wanted to be martyrs; but weren’t. Nonetheless, all our lives have a cosmic significance, not dependent on their dramatic quality from a purely human perspective. God may use us in a remarkable way or He may call us to a life of hidden sanctity; what matters is that we are actors in His drama. All those figures in the Genealogy, which can sometimes seem to drag in Church, had no idea that their names would one day be heralds of the coming of the Saviour. We may have little idea what God is doing in lives or what He plans for us, but the coming of Advent focusses our minds on being ready and being His vessel, however fragile or small.

One of the poems at the beginning of the film is about matches: it seems rather banal, until it suddenly sparks into life. One of the ordinary matches he describes, lights the cigarette of the woman he loves and everything looks different after this:

… So sober and furious and stubbornly ready
To burst into flame
Lighting, perhaps the cigarette of the woman you love
For the first time
And it was never really the same after that
All this will we give you
That is what you gave me
I become the cigarette and you the match
Or I the match and you the cigarette
Blazing with kisses that smoulder towards heaven. 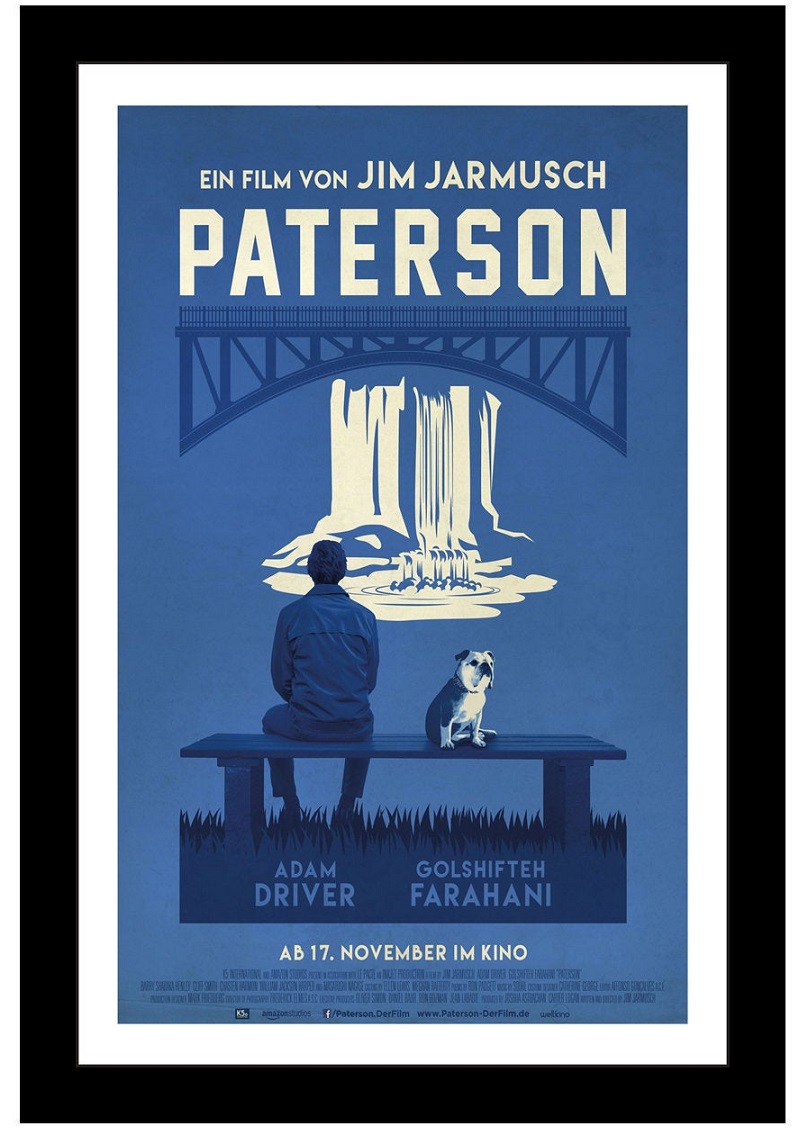