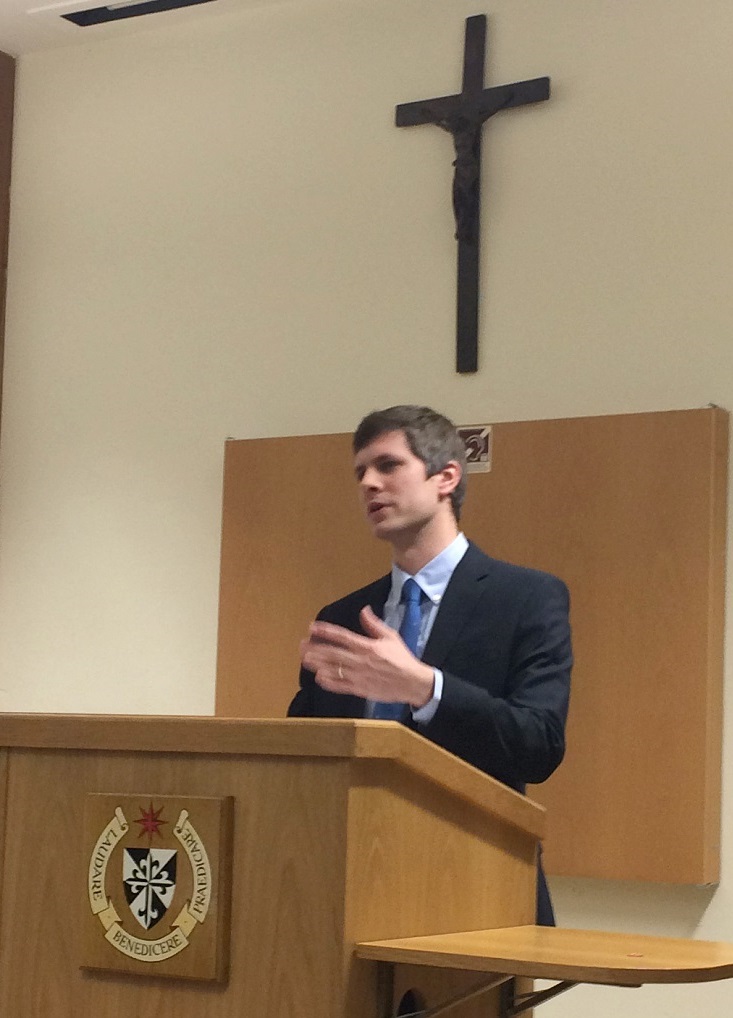 Vale of Tears or Kingdom of God?

Dr Andrew Meszaros, an alumnus of Blackfriars Hall, reflects on the theological meaning of human history, in an abridged version of his Aquinas Lecture given in Oxford and Cambridge.

In the mid-20th century, Catholic theologians argued about the significance of such human achievements as great works of art, music, progress in industry, inventions, or social and economic equality, among many other things. Those who attributed theological significance to them came to be known as ‘Incarnationalists’; those who opposed them in order to affirm the transcendence of God’s Kingdom were known as ‘Eschatologists’. Behind the labels, much turns on this debate. We can see this quite clearly if we imagine these thinkers in conversation with someone brought up in a modern, secular thought-world, but passionate about social justice (perhaps a French Socialist, or a humanist Guardian reader):

The Secularist: We’re sick of being told that this world is a vale of tears. If it is, we should fix it – but stop telling us that there is meaning to suffering, or that providence will fix things in the end, or that our true fulfilment is in heaven. We want to live and love living… now.

The Incarnationalist: We hear you. Your embrace of the world, and your pursuit of truth and justice is laudatory. But your project will fail without Christianity. But guess what! Christianity can accommodate your project. In fact, Christians share many of your concerns! We’re not anti-humanist; we believe God became a human being! You are building the Kingdom of God, but you need God to bring it to fulfilment.

The Eschatologist: You, the Humanist, you are deluding yourself. This is a vale of tears. Just look around you! All of your good works, laudable and impressive as they are, will not come to much compared to what God has already done, and what God has in store for you. And you, Incarnationalist, are all but neglecting your pastoral duty: you know how easy it is to make what is good into a false God. The problem is not income inequality or violence, but sin; and our task is not to ‘heal the world and make it a better place’, but to reach heaven. 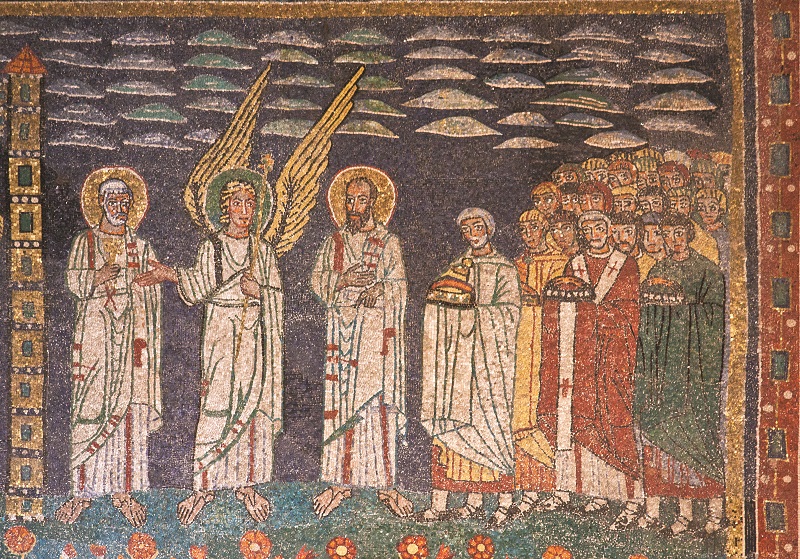 This twentieth-century debate on a theology of history between Incarnationalists and Eschatologists involved two different tendencies. One can be dubbed ‘Augustinian’ and the other ‘Thomist’. By examining the appeals made to Augustine and Aquinas, we can better understand the theological priorities of those involved in the debate.

In the City of God, St. Augustine sends a straightforward message to those scandalised by the fall of Rome: the real Eternal City is not Rome and never was; the eternal city was and will continue to be the City of God: the ‘congregation and fellowship of the saints’, whether in heaven, or on its pilgrim way there. Hence, Augustine chiefly interprets historical events – whether individual mundane experiences or great historic events such as inventions, achievements, political upheavals, wars, and revolutions – in light of, and relative to, the only real City which is not of this world, but of the next. For Augustine, true happiness is being with God forever. Believing in the Gospel is tantamount to God ‘by degrees withdrawing His servants from a world decaying and collapsing under these evils, in order to build with them an eternal and most glorious City’. There is no fundamental collaboration between the City of God and the City of Man because such a collaboration would presuppose shared loves, shared ends. The two cities, instead, are ‘different from and inimical to one another’. One lives according to the ‘flesh’ and ‘man’; the other according to the spirit and God.

In the 20th-century debate on a ­theology of history, Augustine was a privileged authority for the Eschatologists. For Bouyer and Daniélou, earthly endeavours only really have value if they are subord­inated to God; and even then, their primary purpose is to serve humanity’s temporal needs. The great temptation of the twentieth-century, as they saw it, was the pursuit of a Marxist utopia.

Motivated by a pastoral desire to reach out to those who think Christianity is uninterested in this world, an Incarnationalist would want to argue that earthly endeavours not only serve the temporal needs of men, but glorify God; they serve men precisely because they glorify God first. But in order to justify this theological move, he, like other Incarnationalists, appeals to another authority: Aquinas. Here are brief sketches of four such appeals to the friar.

For Gustave Thils, Aquinas is the consummate synthetic thinker, who, in his day, synthesized faith and reason, theology and philosophy. In our day, so thinks Thils, we can use Thomas to synthesise our heavenly destiny with our earthly endeavours.

For Marie-Dominique Chenu, one of St. Thomas’s major contributions was his appropriation of Aristotelian teaching on form and matter, and the soul as the form of the body: when humans are bodies (and don’t merely have them), the body is ennobled, and its actions play a part in our salvation.

In a creative way, Yves Congar takes Aquinas’s teaching of habitus, and concludes that, implied therein is the idea of human self-determination, and hence the ability (not always achieved!) to progress. We determine what kind of persons we are by our actions; as a society, we do the same.

Finally, René-Antoine Gauthier sees in Aquinas’s treatment of magnanimity a decisive step in the development of Christian humanism. Unlike many of the Fathers, and other medieval scholastics working in the Augustinian tradition, Aquinas accepts – with qualification – the more contentious aspect of Aristotle’s doctrine: namely, that man, in certain cases, ought to have confidence in his own abilities.

Whatever one thinks of the persuasiveness of these appeals – whether individually or taken together – what is at stake is a modification, not a replacement of an Augustinian worldview. While both Incarnationalist and Eschatological tendencies were given a voice in Gaudium et spes, these voices merely sat side-by-side. For a modern synthesis that captures the best in both approaches, we should turn to the thought of Saint Pope John Paul II. His theology of the body and his theology of art are two crucial examples of an approach where both Eschatological and Incarnational concerns are addressed. There is still work to be done here, and it is well worth doing, if we are to engage successfully with the many secularists of the twenty-first century.