Twenty-Fourth Sunday of the Year. Fr Peter Harries considers who are the goodies and who are the baddies.

In today’s gospel passage, Jesus tells us three parables which teach us that God is a God of mercy, a surprisingly wide mercy, because God welcomes repentant sinners. Jesus here is teaching a mixed group of people. The Pharisees and the scribes might be thought of as the conventional goodies, the ones who followed the law, who did what God wanted, as they understood it. But there were plenty of baddies listening avidly to Jesus as well. The tax-collectors and the sinners, who knew deep down that some of what they did was not right, were listening because Jesus radiated God’s abundant mercy.

In the first parable Jesus tells of a shepherd who abandons the ninety-nine sheep out in the wilderness, where rustlers may steal and wolves may eat them. This shepherd goes off to rescue the stupid headstrong sheep who thinks that it knows better than all the others. This good shepherd is reckless in his love for the lost. The angels, Jesus tells us, will rejoice more over this lost sheep, than over the observant ninety-nine.

In the second parable the woman who has lost a silver coin rejoices with her friends when she finds the lost coin. I have always wondered if telling the neighbours that you had lots of money in the house was downright foolish. Such foolhardy joy (from a worldly viewpoint) may be part of the story, but alternatively the ten silver coins may be the woman’s dowry and were embellished in her best jewelry. Finding a coin lost from such a necklace or tiara could symbolize that the woman’s public marital status is restored. She and her neighbours are happy, proper order is restored. So are the angels happy, Jesus tells us, when the repentant sinner is restored to his or her proper place in God’s mercy.

The third parable is the one we all know, the parable of the prodigal son, or perhaps better, the parable of the father who is prodigal in his love. We start with the son wanting to treat his father as dead, so he can get his fingers on the cash and enjoy his freedom. This wise father surprisingly agrees, perhaps hoping that his son will in the end, painfully learn his lesson, grow up and take his proper place in the household.

The son, true to his immaturity, squanders the money, just as we so often squander God’s love and seek out our own short-term pleasure at the expense of others. Disaster inevitably happens and off to the pig farm the lad goes – Jesus tells us the story with such beautiful humour. What could be more degrading for a good Jewish boy that to look after unclean pigs!

The boy comes to his sense, repents and returns home. He does not aspire to his former status; he just wants the basics food and shelter in return for hard labour. However the father spies him a long way off as the lad returns home. The father knows his son, his hopes were not in vain, and the father, prodigal in his love welcomes the wayward son back. The lad can barely get out his words of repentance before the father orders that the son is returned to his previous status, with the ring of authority on his finger and the best clothes on his back.

If the parable stopped there, with everything now sweetness and light, we would not be challenged. Yes God is merciful and sinners can be welcomed back. Lovely.

But Jesus then tells us about the surly elder brother, who occupies almost half the parable. What about him? Clearly Jesus does not want us to be like him. The elder son protests that he has always been obedient. What is his reward for being good all this time? Not even a baby goat for a roast dinner with his mates. Dad is unfair!

The elder son is not just annoyed by his brother’s return, given that he is no longer sole heir apparent. He absolutely refuses to celebrate. His brother was no good then and cannot be good now. His father, who had been hoping for his younger son’s return, now comes out to remonstrate with the older son. But the older son chooses to keep on moaning about the iniquities of his younger brother, along with his brother’s past disreputable female company. He cannot accept the repentance, that his brother who was lost, is found by God’s grace. He cannot forgive the wrongs done to him and his father.

Jesus invites us to welcome the lost who repent back into their proper place in the kingdom of God’s grace. We must pray ‘forgive us our trespasses as we forgive those who trespass against us’. The goodies must welcome the repentant baddies, or they will not be goodies at all. 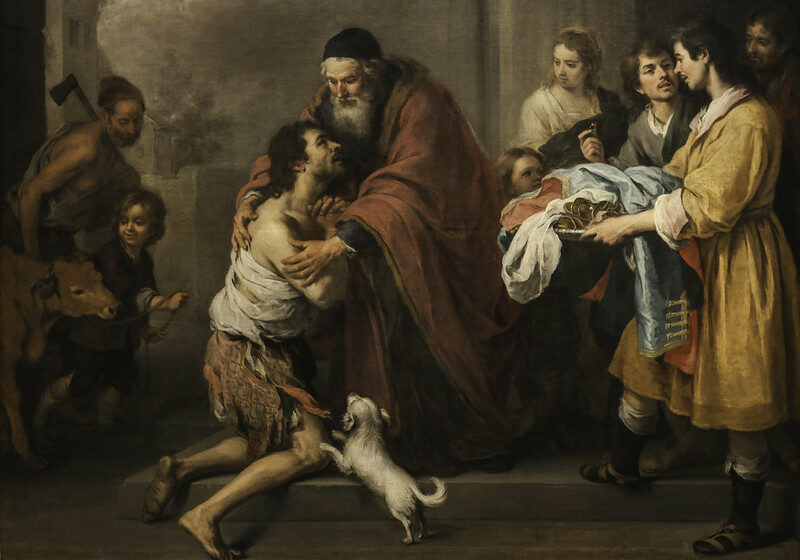 Let yourself be free 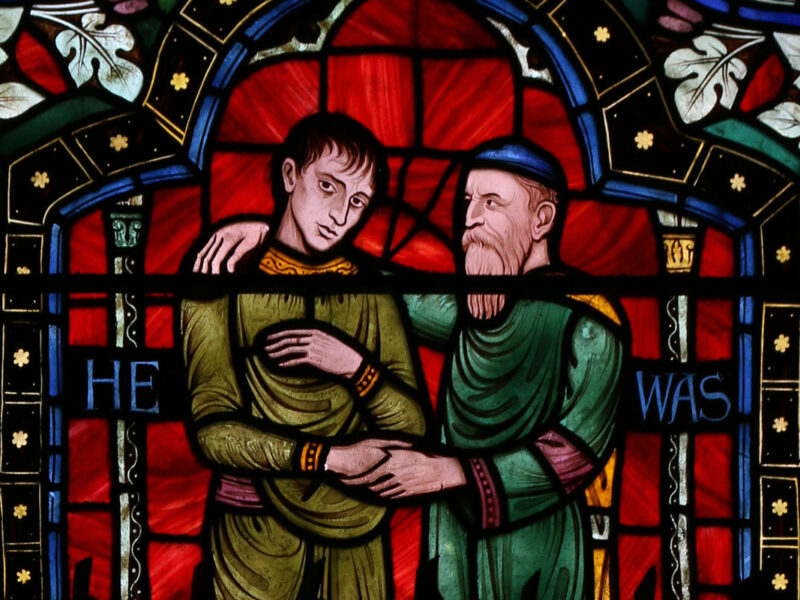 The Question Our Lord Doesn’t Ask