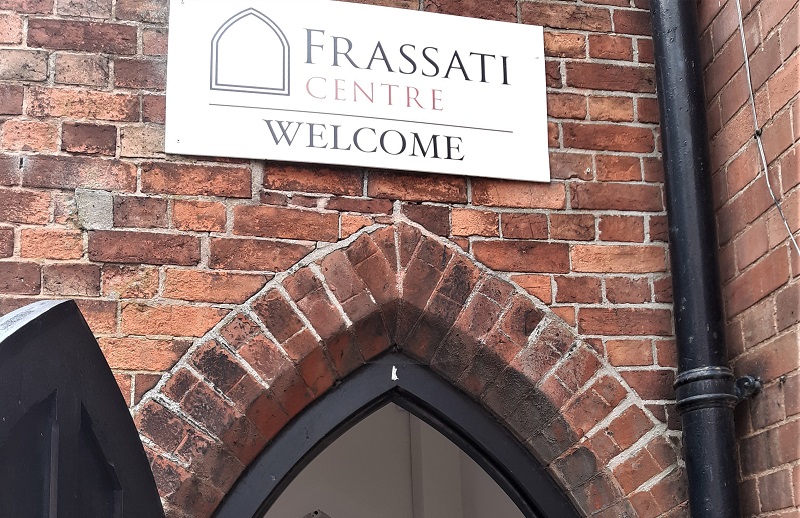 Fifteenth Sunday of the Year. Fr Luke Doherty preaches on evangelisation in a complex world.

There is a sense in the Gospel of Mark that it was critical that the apostles go out as missionary disciples and preach what they have been taught. And it had to happen now, not later. They are instructed not to bring a second tunic with them on their journey, which basically means they need to go out with the clothes they had on and pack nothing else. As if there was a fire alarm going off and they were to go out and preach with an urgency. The staff they were allowed to carry is perhaps a link to the Exodus narrative, and that sense of leaving what you had behind and going out into a great unknown territory.

The preaching of the Gospel is one of the main charisms of the Dominican Order. Yet this is a difficult passage to write about for anyone who has thought about preaching and evangelisation. Perhaps because, rather than going out to other communities or locations, people usually come to our Dominican priories to listen to us preach, give talks or lectures. There is a gulf between the command of Jesus to these apostles and the practical realities of preaching in the 21st century. When we do go out to preach, it is often a complicated mission such as going into prisons to minister to those who are isolated from society.

We can however take a few things from this brief account of Jesus sending out the apostles to preach the Gospel. A sense of mission is clearly important. One question to ask reflecting upon the passage of the early apostles is, does our current strategy achieve evangelisation? Even this preaching mission in the Gospel of Mark is later interrupted by the news of the murder of John the Baptist. Things do not always go the way we expect.

In our Dominican priory of Holy Cross Leicester, last year around the start of the national lockdown, we embarked upon a project to regenerate our old and defunct parish centre, which had mostly become a derelict building. So far, there has been a lot of maintenance, but not much sign of mission, since the construction works have been going on. Our activities have been limited by repeated national lockdowns, with Leicester being singled out at one point almost like a plague city isolated from the rest of the country.

The concept of our new project is quite simple: to be a centre for preaching and evangelisation. And we have named this venture after the Italian Lay Dominican Pier Giorgio Frassati, who had a particular mission to the poor. He is also an inspirational figure for young people, and he was a prayerful example of a Christian who wanted social reform. So, in Leicester we named our parish centre The Frassati Centre for preaching and evangelisation.

We have made good progress with buildings. But it is not just a question of making sure we have facilities. Maintenance needs to be combined with mission. And we must find a way to fulfil the mission of preaching and evangelising in our time and our location. This is a general conundrum for all Christians, to create an objective of being a missionary disciple in a complex world.

As for being missionary disciples, because of all the building works over the last year or so, the friars at Holy Cross Leicester have had to shake the dust off our feet before going from the cloister into our own house. I’m not sure what that says about our preaching mission! This unusual practice had to be put up with, because we have an end goal of combining mission and ‘maintenance’. The goal where people can come to us and be taught about God. Taught about salvation and what the Christian faith offers in the sacraments, prayer and scripture. And taught about what Christ offers in our final eternal reward, our resurrection from the dead and everlasting joy in His presence.