Twenty-Fourth Sunday of the Year. Fr Jonathan Fleetwood finds in today’s Gospel the Trinitarian pattern of the Church’s mission.

The full reading of today’s Gospel comprises four sections: Jesus eats with the ‘lost’ sinners; the lost drachma; the lost sheep and the lost Prodigal Son. We read the parable of the Prodigal Son also in Lent, when it fits in with the reflection during Lent upon personal sinfulness. Today the four sections link together to suggest wider themes. Two of them would be alienation and mission.

Religion can make barriers between the in-group and the out-group: the good catholic and the bad catholic; the true religious and the heathen, the pagan, the infidel, the unclean, etc. Some of these words have mixed religious and social roots. Some point, for instance, to a sense of division between the tutored, the learned, those who know how to read the holy written texts and, on the other hand, the unlettered, the rustic and the layman.

Jesus has table companionship with the sinners, those beyond the divide. Prodigals can be lost but also found. There is not an impermeable membrane between prodigals and home company. The alienated can be restored to the company. This restoration is intended by God and his work is in progress. This is Christ’s mission.

In a way, there is a Trinitarian sub-structure to the parables. Firstly, the widow is the owner, source and carer of the drachmas. Secondly, the widow is the instrument of the search. Thirdly the widow does the search with enthusiasm, energy and spirit. There is a spirited response to the reintegration of the lost drachmas. It is recognised at two levels. At the lateral level it is in the gathering and company of the neighbours as they rejoice. At the vertical, overarching, God, level it causes the company of angels to rejoice. It is part of the creator God’s plan.

The same pattern can be seen in the shepherd parable. The shepherd is protector of the patrimony. He also leaves the main body to search for the lost sheep. He does this with assiduity and energy and spirit. He raises the sheep to his shoulders. He then is participant in the rejoicing of the community of neighbours and the community of angels.

The father of the Prodigal Son is the holder of the family inheritance. He then sees the son from afar and goes out on the way to meet him to minister to him. He thirdly does this with rejoicing and welcoming, with great spirit and celebration. The elder son has to learn from this action, from all the elements of it.

We see in Jesus’s action when eating with the baddies and assigned outcasts that he represents his Father’s patrimony and his mission to bring religious and social unity to mankind. He is the instrument of it and he does it in achieving unity and celebrating in a community brought together by the Holy Spirit.

The Spirit of Pentecost is already foreshadowed and at work. It is waiting to be fully recognised at Pentecost. This is where we, the Church take up Jesus’s mission. We do not create the Church. We are drawn, called and sought into unity by the Trinity working through and in us. We have to shift away from any views of superiority in what is acceptable for those who are in the process of coming to God’s Church. The mission of Christ in the Holy Spirit is working in all of us.

Jonathan Fleetwood was one-time Prior Provincial of the Province of England, and later chaplain to the Dominican Sisters at Stone in Staffordshire. He died at Holy Cross Priory in Leicester. May he rest in peace. 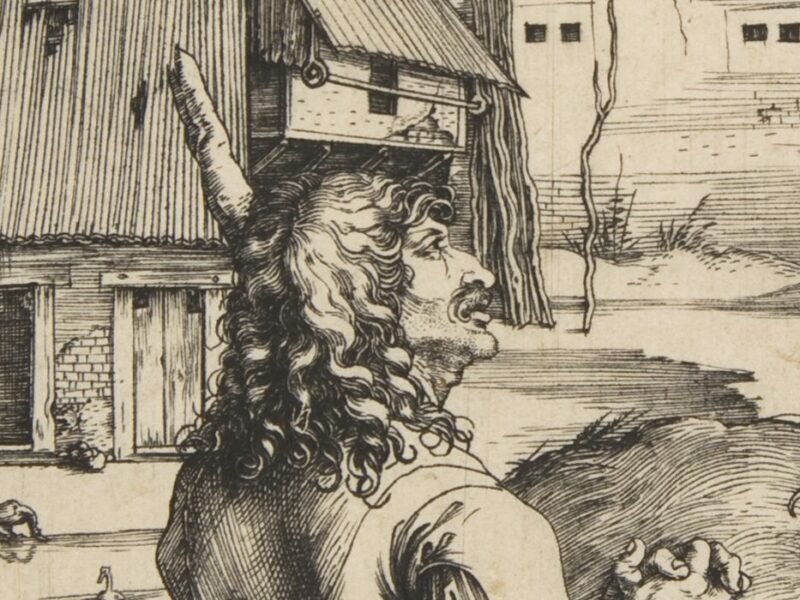