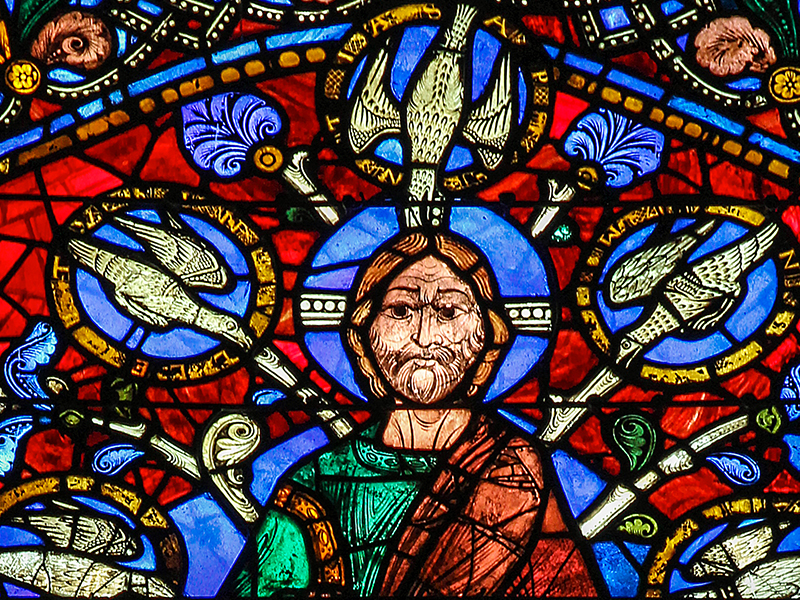 Third Sunday of Ordinary Time (C)  |  Fr Aelred Connelly calls us to give witness to the Lord’s favour and peace in a world riven by division.

The first reading from the prophet Nehemiah gives us a lively account of the public proclamation of the Book of the Law in the assembly by Ezra, the scribe: Ezra read from the Lord God, translating and giving the sense, so that the people understood what was read.

The people were told not to weep or be mournful, but to rejoice: The joy of the Lord is your stronghold. This is reinforced in the responsorial psalm: The law of the Lord revives the soul… The precepts of the Lord… gladden the heart… The command of the Lord… gives light to the eyes.

This understanding of the Law of God is that of a life-giving word, not a dead letter, but something alive and active.

We see this coming to its fulfilment in the beginning of the public ministry of Jesus in today’s gospel reading from Luke, where he gets up in the synagogue in his home town of Nazareth and reads from the prophet Isaiah: The Spirit of the Lord has been given to me, for he has anointed me. He has sent me to bring the good news to the poor, to proclaim liberty to captives, and to the blind give new sight, to set the downtrodden free, and to proclaim the Lord’s year of favour. He then says: This text is being fulfilled today even as you listen.

This proclamation of the gladness of God come to dwell amongst his people in the Word made flesh surely must be at the heart of our preaching as an Order of Preachers. As the community or communities, of the followers of Jesus grows, a clear account of the whole story from the beginning has been given to us by Luke so that, like Theophilus, we may learn how well founded is the teaching we have received.

We see this at work in the community at Corinth in today’s second reading from Paul’s first letter to them about the body of Christ of which they are apart: Just as a human body, though it is made up of many parts, is a single unit because all these parts, though many, make one body, so it is with Christ. In the one Spirit we were all baptised, Jews as well as Greeks, slaves as well as citizens, and one Spirit was given to us all to drink. Nor is the body to be identified with any one of its many parts… Now you together are Christ’s body; but each of you is a different part of it.

This is a life-giving unity, not a dead uniformity. It respects and indeed rejoices in “the accounts of the events that have taken place among us, exactly as these were handed down to us by those who from the outset were eyewitness and ministers of the word” as Luke reminds us in the introduction of his gospel. As an Order of Preachers we have to be ministers of the word in our place and time just as those in Corinth – one body with many parts. Paul will go on in his letter to remind us of the love that binds us together and has to be at the heart of our preaching. Such charity is sometimes lacking in our dealings with each other as believers, especially in the social media!

We are much in need of words of hope and encouragement especially for those who struggle with difficulties in their life and in their faith. The Spirit needs to lead us back to consider once again the words of Jesus in today’s gospel: he has sent me to bring the good news to the poor, to proclaim liberty to captives, and to the blind new sight, to sit the downtrodden free, to proclaim the Lord’s year of favour.

Perhaps what we need most, especially in the public domain, is a conversion from a shrillness and hardness of heart to a discerning and compassionate spirit. I think this is crucial to finding a way forward both within and outwith the believing community in dealing with issues arising in Church and State at present and into the foreseeable future.

There will be much discussion and debate over “Brexit” and many other things, as this new year wears on. We have in the past year commemorated the centenary of the end of what was called “The war to end all wars”. Our prayer and our hope is that a consideration of our common humanity will keep our efforts and energy focused on the paths of peace and that we might in the words of the prophet Micah: Act justly, love tenderly, and walk humbly with our God.

fr Aelred Connelly is a member of the house of St Albert the Great, Edinburgh, and is chaplain to a Young Offenders' Institution.