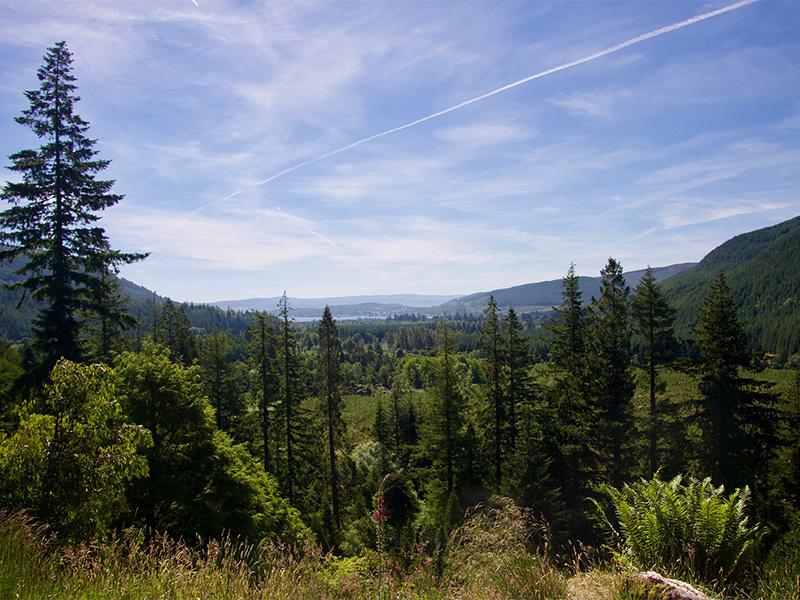 Fifth Sunday of Easter (C)  |  Deacon Luke Doherty ponders what will happen to the created world in the universal resurrection at the end.

In the last month, cities in England and Scotland saw demonstrations being held by the group called “Extinction rebellion”. There were ten days of marches, arrests, and disruption to the transport network in London as well as road blocks and protestors camping out in various locations. Extinction rebellion are calling for the government to declare a ‘climate emergency’ and for the United Kingdom to commit to ‘net zero’ carbon emissions by the year 2025, in order to minimise the risk of human extinction and ecological collapse.

The call for such radical changes would seem unworkable, at least within this timescale. Yet, the protests did tap into something. No doubt it has made us all think again about such issues. There is a growing concern that the world’s governments are not doing enough to mitigate against man-made climate change. The protests have arguably focused our attention on the need to act more urgently. Yet, things like deforestation are being driven by demand for foods and consumer goods which all of us are using. We have at least some influence in our lives, over what choices we make that can benefit ‘the environment’.

It is not always clear that Christians should be concerned about the increasing pressures that are being put on the environment. This is perhaps based on a poor understanding with regards to the fate of the created world and our role in the ‘new creation’. One way of looking at this is that a good stewardship of the created world means that we will be looking after the inheritance of our children and grandchildren, and all future generations to come. Another reason why we should be concerned about the environment is based on today’s second reading from the book of Revelation. The reason is this: the mystery concerning the end of time and the general resurrection, means that we will see the physical world somehow again, in the new creation. We are not going to just be taken up into a purely spiritual existence. It will matter to us what condition we leave the world in, particularly with predictions of mass extinction of species due to not only climate change, but the loss of habitats.

The Easter message is a promise of our own physical resurrection. Our own knowledge of what this will actually be like is based upon the resurrection narratives of the Gospels. In heaven, we shall have a material body but everything will be subject to the soul in a more perfect way, as the soul itself is enlightened by the beatific vision. In the resurrection from death, this is what we hope in. In the new creation we shall have freedom from corruption, as well as a mysterious spiritual refinement of matter and an agility of the body. But what will happen to the created world in the resurrection?

At the end of time, there will be some sort of universal reconfiguration of the cosmos that affects all things. We will be present at the end of time, and the world we live in now will not be left behind but reformed in a more beautiful and final way so to reflect the glory of the resurrected body of Christ and His Church. So, it matters what we do with the created world, since the hope of heaven is not just about a spiritual existence where we are taken up into a completely immaterial existence. The universe is ordered towards life, and there is a goodness in creation and in human reproduction. Mysteriously the physical world will still be our home, but the resurrected body will not be like it is in this life. In baptism we ‘died’ and entered the tomb where Christ was buried, and we place our hope that we shall rise from the dead on the last day just as Jesus did.

It matters what state we leave ‘the environment’ in, since we are not simply leaving it behind like somewhere we will never see again. Eternal contemplation, worship and a sort of shared friendship with the Saints and our loved ones in heaven is part of what is promised. Humanity will hand back creation to the Creator at the end of time. But what condition will it be in? The extinction of species is not inevitable, and the pollution of entire areas is not inevitable. We can in this world work to prevent pollution and help repair damaged ecosystems.

Admittedly there is a mystery in terms of what will happen in the resurrection and what will happen to the world at the end of time, in the new creation. God is omnipotent and can refashion the world radically, in light of his eternal goodness. God is also love. In the end this same love will refashion all that is, remaking human beings in the image of Christ in glory. In the mystery of the universal resurrection, the final purpose of the cosmos will be clear. It has been said that the resurrection of Christ is like a second ‘big bang’ of the universe, a second creation in which God begins the process of making all things new.

In the Christian life, the sacraments allow us to live and die in Christ, and we are prepared for the life of the world to come. Christ is the final goal. The created world with all of our scientific understanding of it, will continue to be worth something in the next life. It is important we take good stewardship over creation and this includes looking at issues such as climate change and how we make a prudent response in our actions, lifestyles, investments and business practices. It is the truth of the resurrection which should animate a Christian concern over the created world – but also just more generally how we live our lives, in light of the calling of Christ to choose light over darkness.